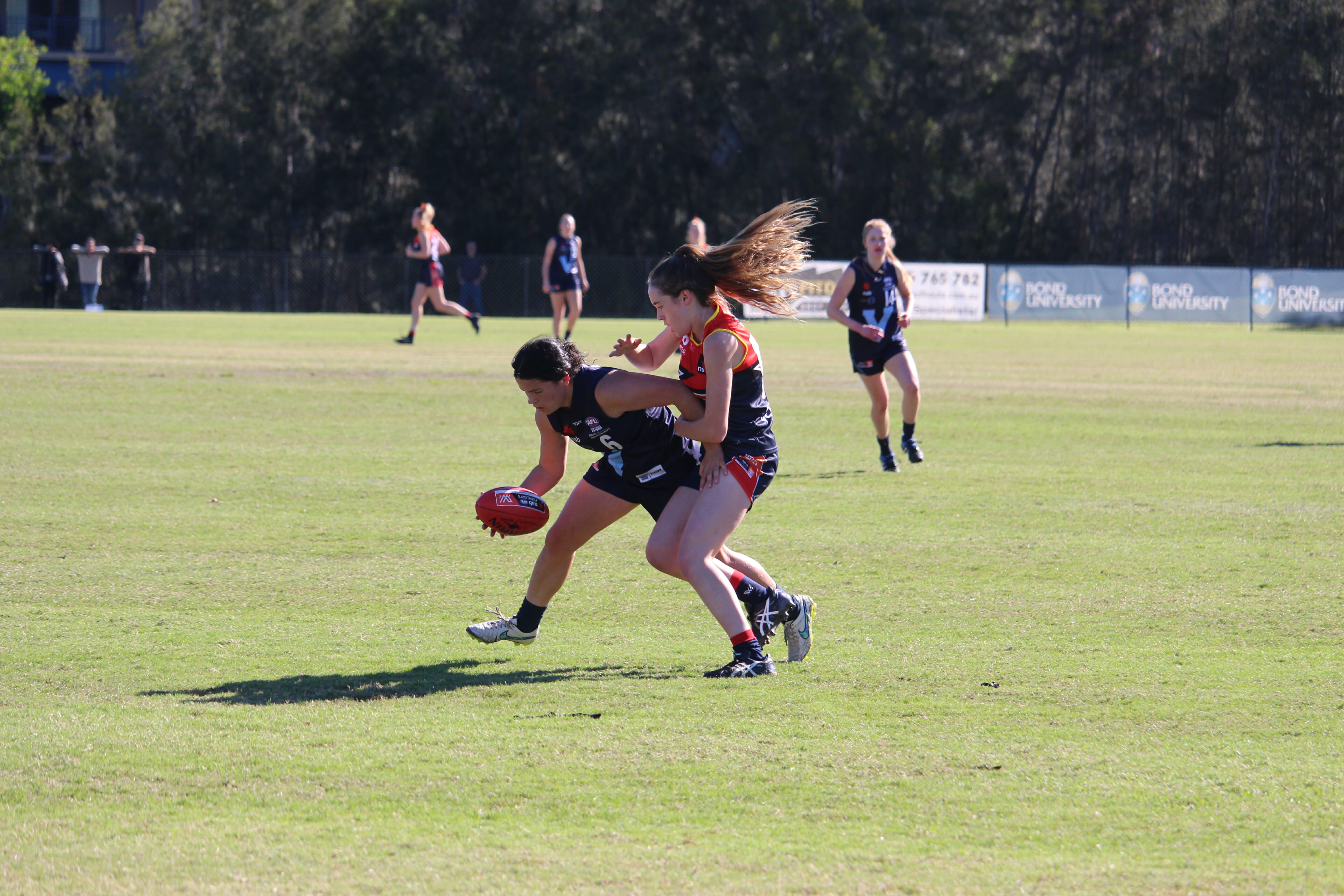 VIC Metro has recorded a comprehensive 45-point win over Central Allies to end their successful AFL Women’s Under 18 Championships. Breathing fire from their loss to Queensland on Wednesday, the Victorian side was back to its menacing best early as Calder stars Maddy Prespakis and Georgia Patrikios lit it up from the midfield, causing damage going into the forward 50. The damage was quite literal from Prespakis’ end as a tackle in the last minute of the term saw Bella Smith stretchered off, with goals from Holly Bate, Daisy Bateman and Gabby Newton seeing Metro to a 13-point lead at the first break. Montana McKinnon marked everything early for the Allies, while Rachelle Martin snared their sole goal with a snap.

It was more of the same in the second term as Cleo Saxon-Jones and Britney Gutknecht hit the scoreboard for Metro with Prespakis again at her damaging best, while McKinnon’s marking display continued for Central, with Hannah Munyard finding plenty of the ball. Metro were unlucky not to go into the main break with a bigger buffer, as the likes of Bateman and Bate were in everything inside forward 50 – instead, the margin stood at 25 points.

With Central Allies held to just a sole behind in each of the second and third quarters, Metro shot out to 51-point lead going into the final break with Bateman and Newton booting their second majors, while Prespakis also found her way onto the scoresheet with 1.2 and plenty of forward run. Amber Ward and Nikki Gore were solid for Central in the ‘premiership quarter’ but could do little to stop the onslaught.

Despite Metro’s Gutknecht claiming her second major to start the term, Central did well to pull the margin back with goals to Danielle Ponter and Katelyn Rosenzweig, while Madison Bennett looked dangerous despite copping a hard knock up forward. Metro’s Mikala Cann and Sarah Sansonetti contributed well coming out of defence in the final term as the ball spent a lot of time there in a tighter end to the contest. Munyard, McKinnon and Madeline Gault were fantastic all day for the Allies, while Prespakis dominated from midfield and half-forward alongside the likes of Bateman, Patrikios and Katie Lynch to notch their big win.