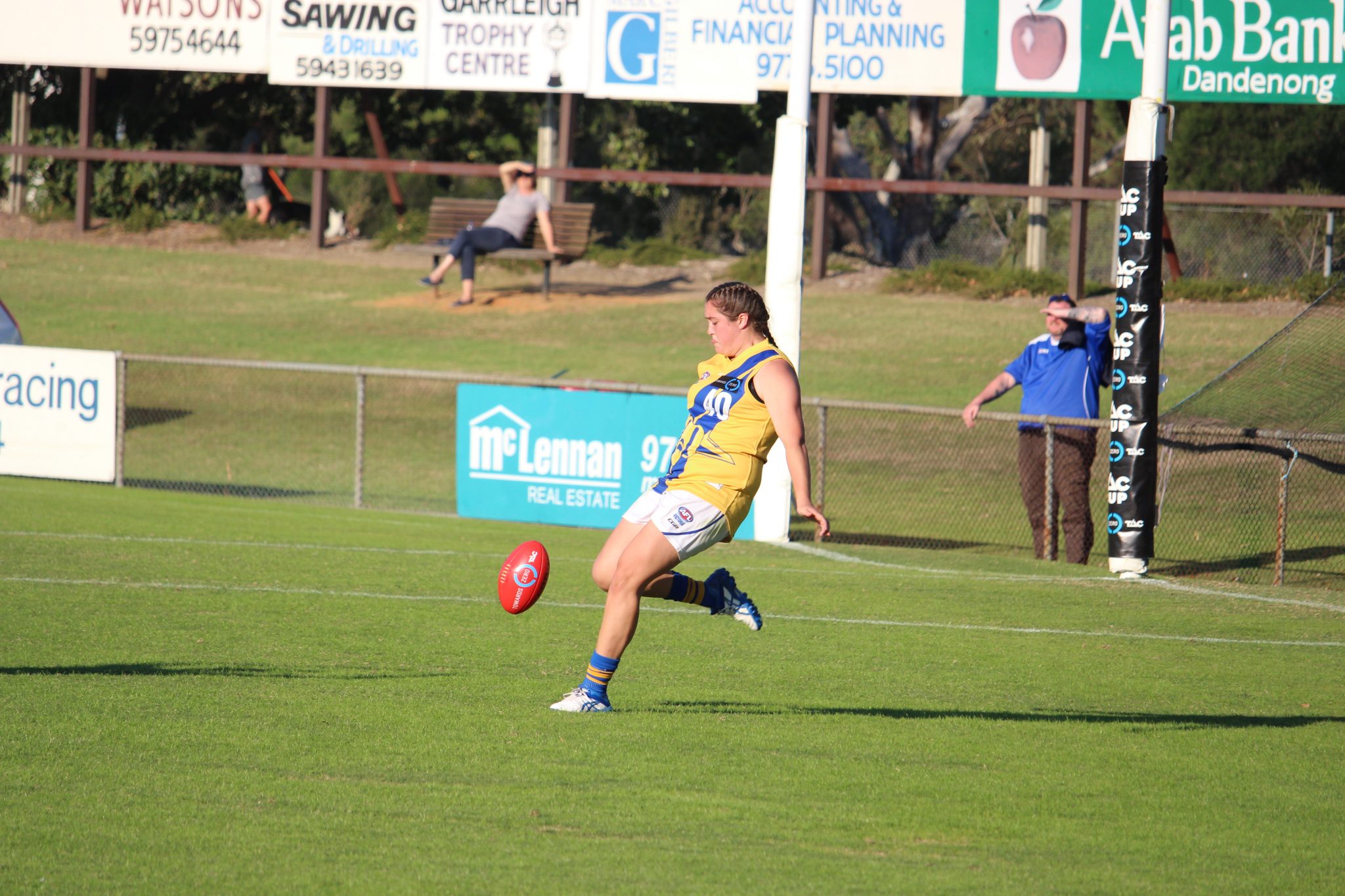 TALENTED teenagers, thrilling wins and unforgettable moments were the highlights from the weekend in a fantastic round of football.

While most of the AFL Academy Level One members sat out the games at Ikon Park on Sunday, spectators got a glimpse into the talent of the 2019 National Draft crop when Vic Country and Vic Metro took on Queensland and New South Wales/Australian Capital Territory (NSW/ACT). Both the Victorian sides triumphed, but the likes of Thomas Green (NSW/ACT) and Ashton Crossley (Queensland) impressed for the Division Two sides. The depth of Victorian talent was on show, with Flynn Perez (Bendigo Pioneers), Mitch Martin (GWV Rebels), Riley Baldi (Gippsland Power), Mitch Mellis (Eastern Ranges), Josh D’Intinosante (Northern Knights) and Brodie Newman (Calder Cannons) some of the top performers.

If you have not seen the one-on-one contest between James Worpel and Joel Selwood, it is one not to be missed. At half-forward, both bulls stormed towards the ball, with the young talent bouncing off his more experienced opponent and giving the ball off to Jack Gunston, who finished with a goal. His performance on the weekend in Hawthorn’s close win over the Cats earned the Geelong Falcons premiership co-captain a Rising Star nomination, with Worpel picking up 23 disposals, five marks, four clearances and laying eight tackles.

The Seagulls and Tigers have not had the greatest of seasons this year in the Victorian Football League (VFL) Women’s competition, but the sides played out a thrilling contest on the weekend, with Williamstown triumphing by the smallest of margins. Western Jets’ tall Sharnie Whiting kicked what would be the winning goal late in the game to deliver the Seagulls a huge victory in context, and while neither side will play finals, it will give them plenty of confidence going into the final fortnight of the season.

Heading away to face the minor premiers, Morphettville Park was always going to be a challenge. The second placed Adelaide University knew the going would be tough, and it took all four quarters to get the job done, recording a two-point win. The victory saw The Blacks move into the grand final, while the Roos will have to win their preliminary final to earn a rematch. Christies Beach came to an end at the hands of Salisbury, with the latter now with an opportunity to move through to the decider if they can upset Morphettville Park.

It was impressive to see so many potential top picks running around in the VFLW on the weekend, with Madison Prespakis (Melbourne Uni), Nina Morrison and Olivia Purcell (Geelong), Emerson Woods (Hawthorn), Jordyn Allen (Casey Demons) and Sophie Van De Heuvel (Williamstown) among a plethora of potential AFL Women’s stars next season playing their trade at state level. With some likely to play finals, it will be great to see them on the big stage in the final month of the season.