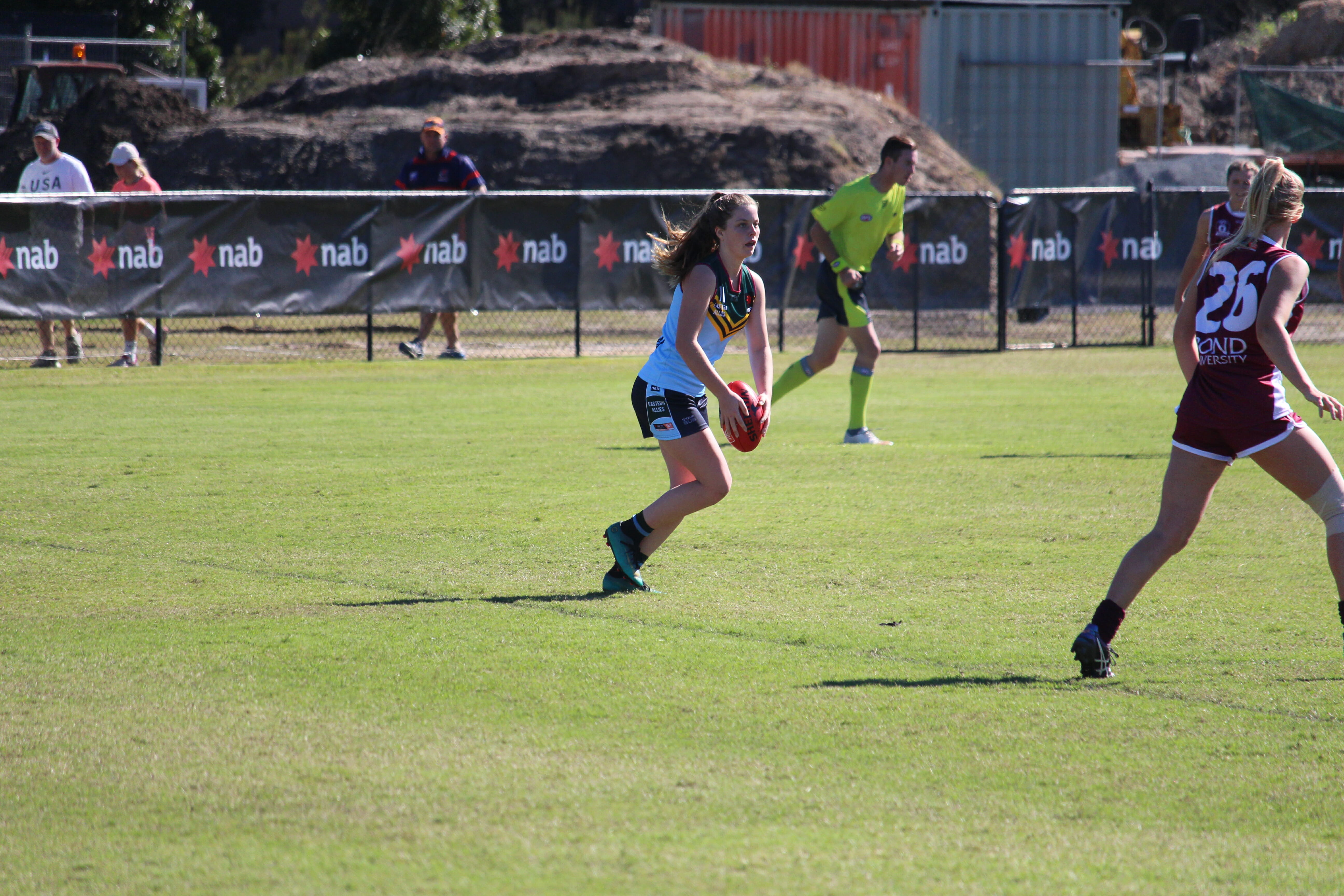 WITH many seasons coming to a close and finals in full swing, plenty of Under 18 NSW/ACT stars stood up to the occasion on the weekend across the various state leagues.

In the AFL Sydney Women’s Premier Division, Jemima Wrigley featured in the Southern Power’s 23-point loss against the Auburn-Penrith Giants. Her side will face Angela Priftis’ Giants again in the semi-finals next week. In Division One, Brenna Tarrant was named best-on-ground for the East Coast Eagles for the second time this season, despite her team’s loss against the Wollongong Saints.

In the first semi-final of the AFL North Coast Women’s league, Ahlani Eddy’s Sawtell Toormina Saints claimed a 41-point win over the Port Macquarie Magpies. The Saints now go straight through to the grand final, with Port Macquarie and Coffs Breakers to play off for a spot on the big stage this week.

Murray Bushrangers star, Eloise Ashley-Cooper continued her wonderful season for Finley, kicking three of her side’s five goals against Shepparton Notre. Ashley-Cooper was named also best afield for her side, which is the fourth time she has been named best-on-ground from nine games. The Cats’ 33-point win earns them a spot in the Grand Final this week against Shepparton United.