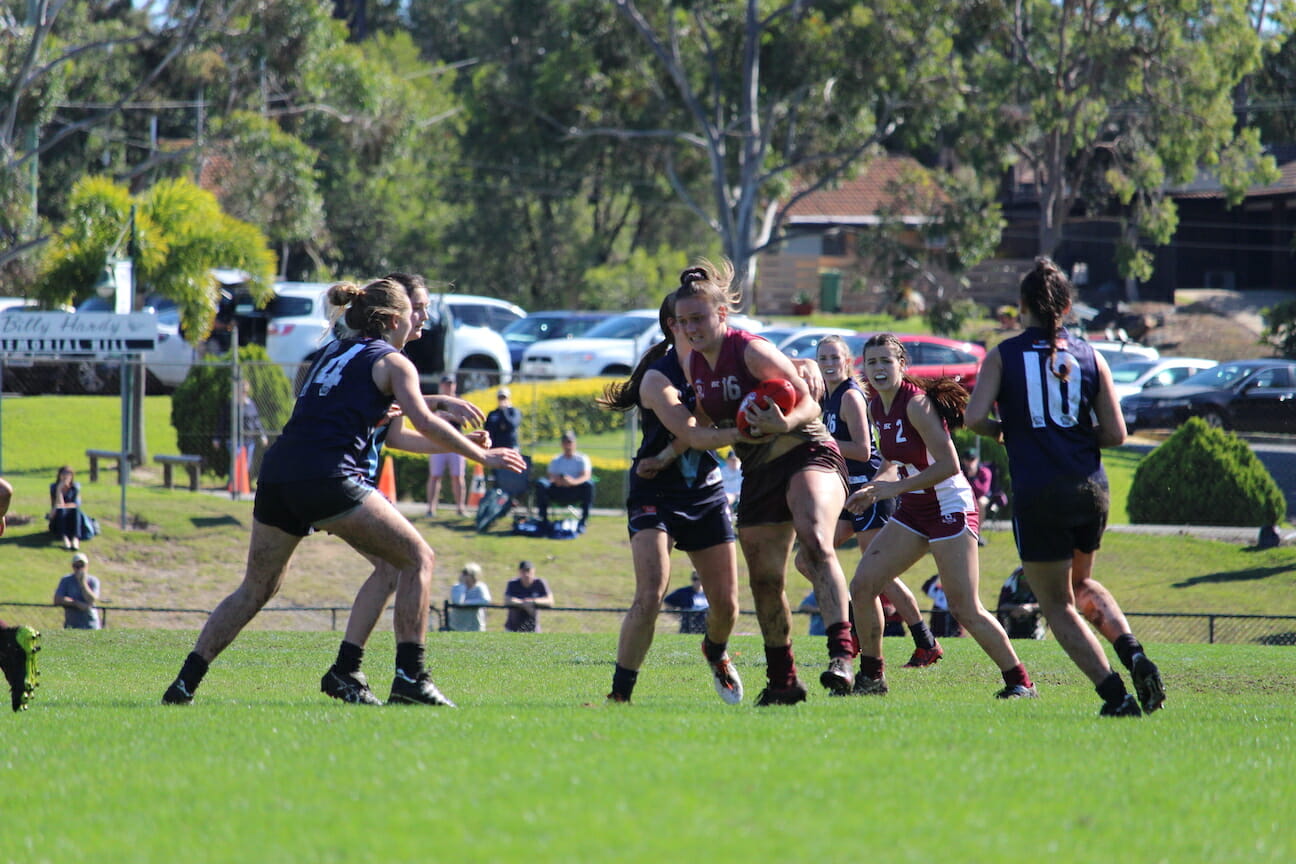 IN the first of our four AFL Women’s expansion clubs off-season reviews, we take a look at the Gold Coast SUNS, the second Queensland team to join the competition. The SUNS already have a healthy rivalry with Brisbane given the Winter Series that has been a source of competition during the off-season, as well as plenty of Academy players playing alongside those from the Brisbane Academy in the AFL Women’s Under-18 Championships.

Being an expansion side, the SUNS were able to pre-list nine players prior to the AFL Women’s Draft, and as early as February, opted for Charlotte Hammans, Ellie Hampson and Kitara Whap-Farrar. All three justified their pre-listings with strong Under-18 carnivals this year, including Hampson taking out Queensland’s Most Valuable Player (MVP) award. Along with the trio, the SUNS opted for more experience in locals, Maddy Roberts, Molly Ritson and Kate Surman, whilst grabbing Lauren Aherns from Essendon and Tayla Thorn from NT Thunder after both plied their trade in the VFLW. Taylor Smith was the final pre-listed SUN after a strong performance in the Winter Series.

Gold Coast was equally busy in the pre-listing period, announcing North Melbourne’s Jamie Stanton as a signing, who was the first experienced player on the list. They then raided Brisbane across the board with plenty of talent, as names such as Sam Virgo and Leah Kaslar headed south down the highway, while Gold Coast also snapped up Jasmyn Hewett from Adelaide. Serene Watson became the first player to be selected by Gold Coast in an AFL Women’s Draft with the Under-18 All Australian defender set to line-up from Round 1. Dee Heslop was the other Queensland player to earn a spot on the list via the draft, while Alexia Hamilton and Georgia Breward are former Eastern Allies representatives and 19-year-olds.

All fans have to go by heading into 2020 for the Gold Coast SUNS is the Winter Series, and it was not surprising to see the magnets being thrown around to trial out players in different positions in order to find combinations that work. Expect the defence to be fairly experienced with the likes of Ernst, Virgo and Kaslar standing up back there, while Sally Riley and Jordann Hickey provide some AFL Women’s experience to an inexperienced forward half.

Teenage talents, Watson, Whap-Farrar, Hampson and Hammans should all work their way into the best 22 from early-on, while the likes of Smith, Heslop, Breward and Hamilton offer some great excitement particularly in the forward half. Stanton will likely be the leader on-field given her extensive AFL Women’s resume, and while the SUNS are a developing side and unlikely to challenge the top sides, do not be surprised if they surprise a few teams with their run and carry style that will likely come from the strengths of their playing group.