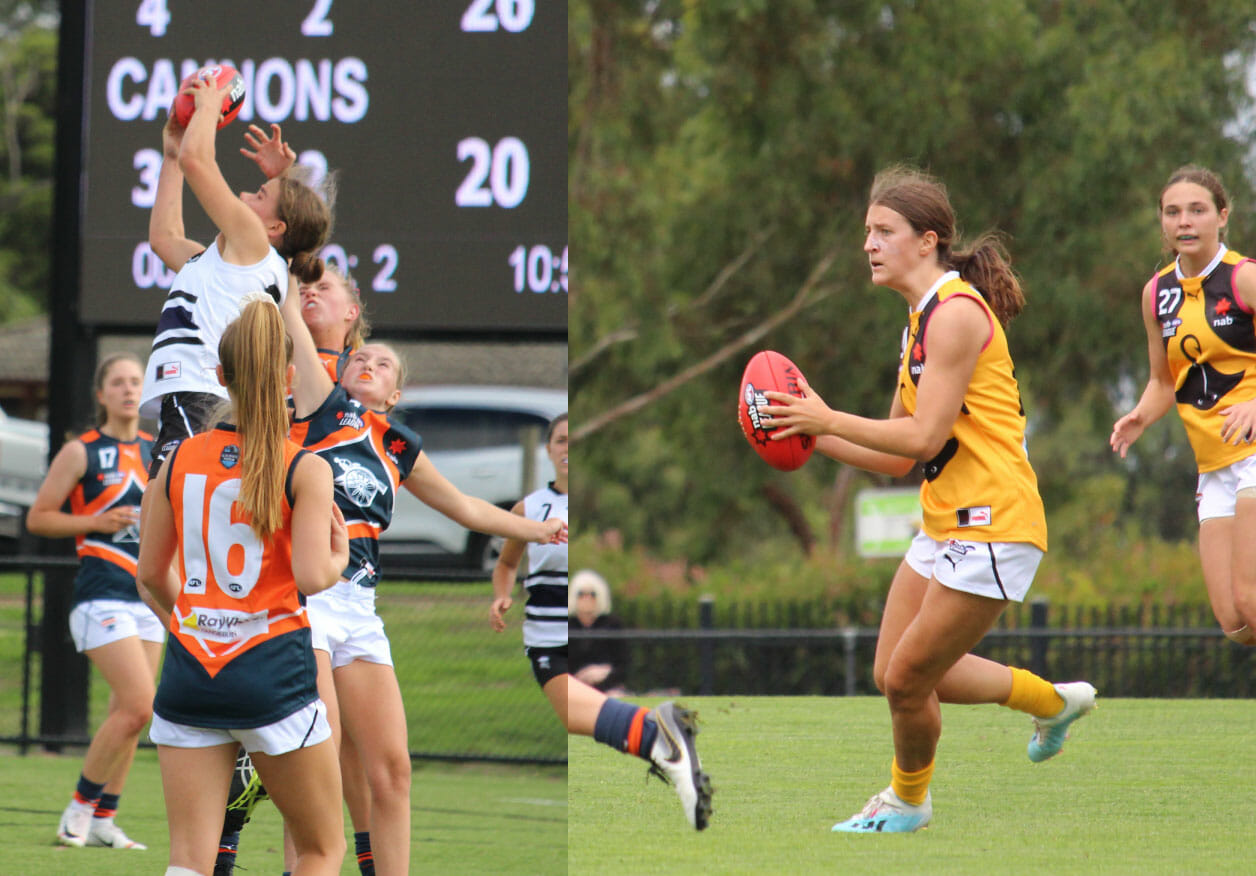 WHILE the NAB League Girls competition players, staff and families wait for confirmation on whether or not any more football will go ahead due to the COVID-19 pandemic, Draft Central thought it would update the leaderboard of the DC Medal count we have been taking throughout the first three rounds of the season. While we had hoped that this would end up being a full season count, there are two clear leaders who have emerged from the pack. It might have been difficult with some teams only playing two games compared to three, but no player that played two games could have caught the equal leaders even with a full five votes in a hypothetical third game.

Dandenong Stingrays’ Tyanna Smith and Ellie McKenzie lead all-comers in what could realistically be the end result of the Medal count, which means in the inaugural DC Medal, two players will share the award. Both players polled 14 votes in their first three games, including two best-on-grounds and one four-vote game to ensure that no one else could catch them. If the season is potentially called off in the future, then both the players will be announced winners. Two of the stars of the competition, Smith has helped Dandenong Stingrays to a ripping start in the NAB League Girls season, with her side winning its first two games against Eastern Ranges and Calder Cannons, before running into a McKenzie-inspired Northern Knights outfit in Round 3. The Knights’ co-captain was sensational and picked up her second best on ground to tie with Smith in the same game after the Stingrays speedster picked up the four votes.

After the two clears in McKenzie and Smith clears is another Northern Knights player, and a couple of Sandringham Dragons. McKenzie’s teammate and forward, Alyssa Bannan sits three votes behind in third with 11 to her name and the player responsible for picking up the best on ground votes back in Round 1 against Calder Cannons for McKenzie to receive the four. Rounding out the top five are Sandringham Dragons’ duo, Sarah Hartwig (10 votes) and Alice Burke (nine) who were both enjoying terrific starts to the season. Behind the top five are a pack of players all on eight votes, including Western Jets’ duo, Montana Ham and Isabella Pritchard, Eastern Ranges’ Olivia Meagher and the only player who has played the two games inside the top 10 – Laura Gardiner. Calder Cannons’ Georgie Prespakis and Sandringham Dragons’ Winnie Laing sit on seven and six votes respectively.

[…] was that kind of form which saw the 17-year-old lead our DC Medal count after the first and only three NAB League Girls rounds in 2020, tied with Dandenong star Tyanna […]