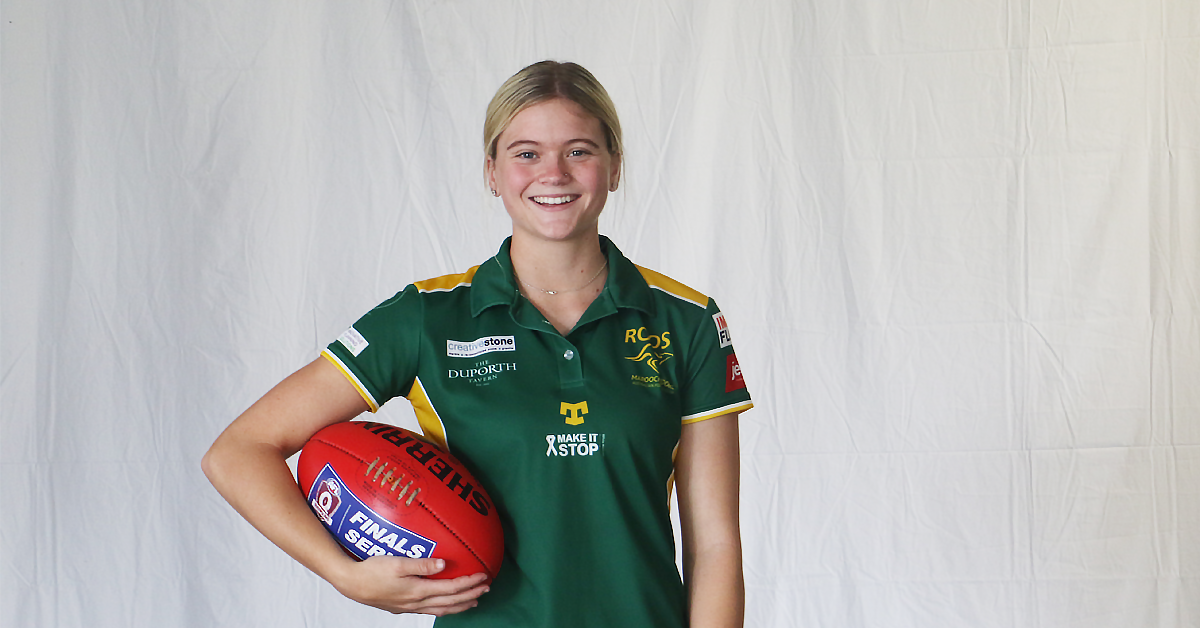 DESPITE winning by 40 points themselves, Coorparoo has seen Maroochydore not only make up 20 percentage points, but run away to be 16 per cent ahead of the Kings in a whopping 42 per cent swing over the weekend thanks to a 95-point shellacking of last placed Aspley Hornets. Playing at the same timeslot of 4.45pm on Saturday, Coorparoo would have felt pretty confident moving up to third spot on the table after an 11.8 (74) to 5.4 (34) win over Wilston Grange, only to arrive home and see that Maroochydore had kept the Hornets scoreless in a 25-scoring shot demolition of 14.11 (95) to 0.0 (0).

While it is unlikely the Roos will snatch a top two spot despite taking on the Gorillas in the final round – second placed Coolangatta Tweed plays the Hornets – Maroochydore has given itself the best chance of facing sixth placed University of Queensland in the first week of finals, the side that is 14 points adrift of an otherwise tight top five. The Roos were simply clinical all day, piling on at least three goals in every term, with a huge five-goal second term showing how important percentage can be.

Shannon Campbell slammed home five goals in a best on ground effort, while Mikayla Pauga (three goals) and Jennifer Carden-David (three) both had their fair share of majors and were among the best. Brisbane duo Lily Postlethwaite and Isabel Dawes (one goal) were impressive, while Zoe Smith kicked a couple on the day as well. After a few competitive weeks, it was a disappointing round of the Hornets, though Isabella Kotatis stood tall once again, with Kylie Guarino and Anais Kirvan also steadfast in defeat.

In Coorparoo’s comfortable 40-point win over the Gorillas, a 10-goal first half looked like the Kings were going to storm to a massive victory leading by 51-points at half-time. They had booted seven second quarter goals, but could only manage one in the second half, as Wilston Grange went on the attack slotting three consolation goals in the final term to cut the deficit back to 40 by the final siren, 11.8 (74) to 5.4 (34).

Tori Groves-Little booted four goals in the win and was impressive, while regular superstar Jamie Stanton snagged three goals in a best on ground performance. Jenae Govan, Ally Anderson and Tahlia Hickie were also terrific in the win. For the Gorillas, Luka Yoshida-Martin, Catherine Svarc and Rheanne Lugg all booted goals and were named among the best, as were Kristen Tyquin and Eloise Janette O’Connor.

Locking up top spot and sentencing Yeronga South Brisbane to fifth, Bond University produced an impressive second half to run out 29-point winners on the road. It was never easy going, but the Sharkettes came from a point down at the main break to boot 3.4 to 0.2 and record a 4.6 (30) victory. Jess Maher (two goals), Maddison Levi (one) and Taylor Smith (one) all hit the scoreboard, while Lucinda Pullar and Lauren Bella were named among the best. Emily Bates kicked the sole Devils goal in the opening term, but it would not be enough despite the experience of Sam Virgo, Jordan Zanchetta and Lauren Arnell all on the field.

Coolangatta Tweed all but locked up second spot with an impressive 41-point win over University of Queensland. The Bluebirds had to win given their lower percentage compared to their rivals, and they did just that, knowing they have last placed Aspley Hornets in the final round. The Bluebirds were inaccurate at times, but did enough to restrict the scoring of the Red Lionesses, booting 9.14 (68) to 4.3 (27). Leah Kaslar (three goals), Sally Riley (two), Kate Surman (one) and Hannah Martin (one) all were among the best and hit the scoreboard for the winners. Dakota Davidson (two goals) continued her fine form as Megan Hunt (one) also hit the scoreboard, with Nat Grider, Davidson and Jane Childes the standouts in defeat for the visitors.