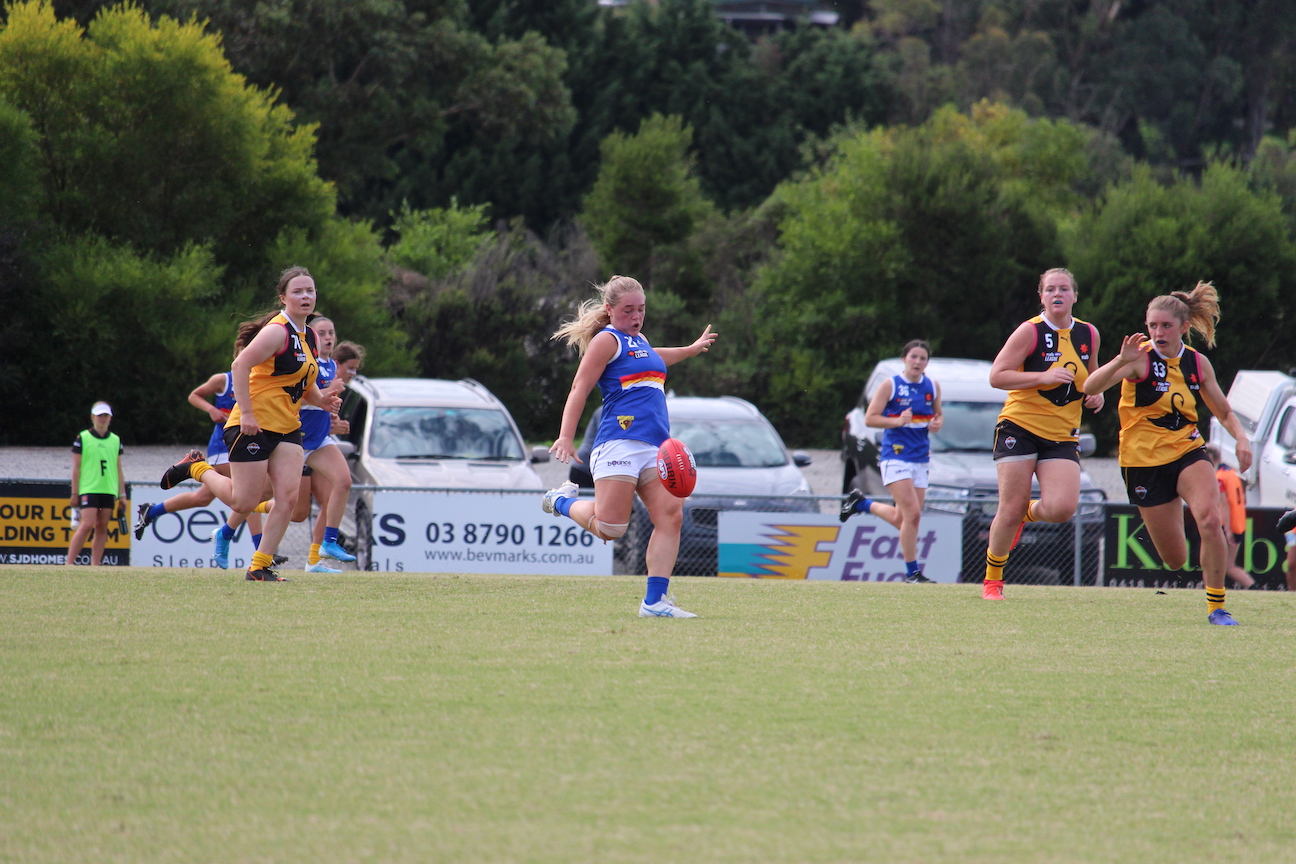 IN a new series focusing on the up and coming AFL Women’s Draft hopefuls, we take a look at some names who would be among their respective states’ top draft prospects for the 2020 AFL Women’s Draft. Next under the microscope is Eastern Ranges’ midfielder Olivia Meagher who was named captain at the Ranges for the 2020 season and always puts in a four-quarter effort.

A pocket rocket who despite standing at just 157cm, strikes fear into opposition midfielders with her tenacity and ability to just hunt the ball and the ball carrier. Meagher will fly the flag for her teammates and lead by example with her fierce determination to grab the loose ball or bring down an opponent. In our recent Final Siren Podcast with Northern Knights’ Jess Fitzgerald, the Knights’ co-captain described Meagher as “terrifying on-field, but one of the nicest people you’ll meet off it”.

Among her key strengths with her defensive pressure are her clean hands and her work rate, which sees her get knocked over and get straight back up again. Most of her disposals are won at either the coalface or because she has simply outworked her opponent to get to possessions on a wing or half-forward. She is able to spot up targets inside 50 and even hit the scoreboard in 2019.

Named Eastern Ranges captain in 2020, Meagher has that natural leadership ability too that stands out on the field. She is a player that teammates love to play alongside because not only do you know she will provide a four-quarter effort, but she will consistently dig in when the chips are down and continue to fight, which she continued to show this year like at Beaconsfield when the Ranges were losing to Dandenong Stingrays.

At her size, Meagher is the kind of player who will likely play as a pressure player around the ground, but you can imagine if she played as a forward, she would worry opposition defenders as they looked over their shoulders regularly. The fact she has the traits that can lend themselves to multiple positions – her clean hands and defensive pressure – means she is able to slot in wherever needed, which is a great ability to have when chasing your dream at the highest level.

TASMANIA dominates our Round 5 NAB League Team of the Week, with a handful of players selected in this week’s side. Fellow victors Gippsland and Murray contributed four players apiece, along with a quartet of Dandenong Stingrays after their heartbreaking loss to Geelong. Check out who made the full 24-man squad, and three emergency spots […] 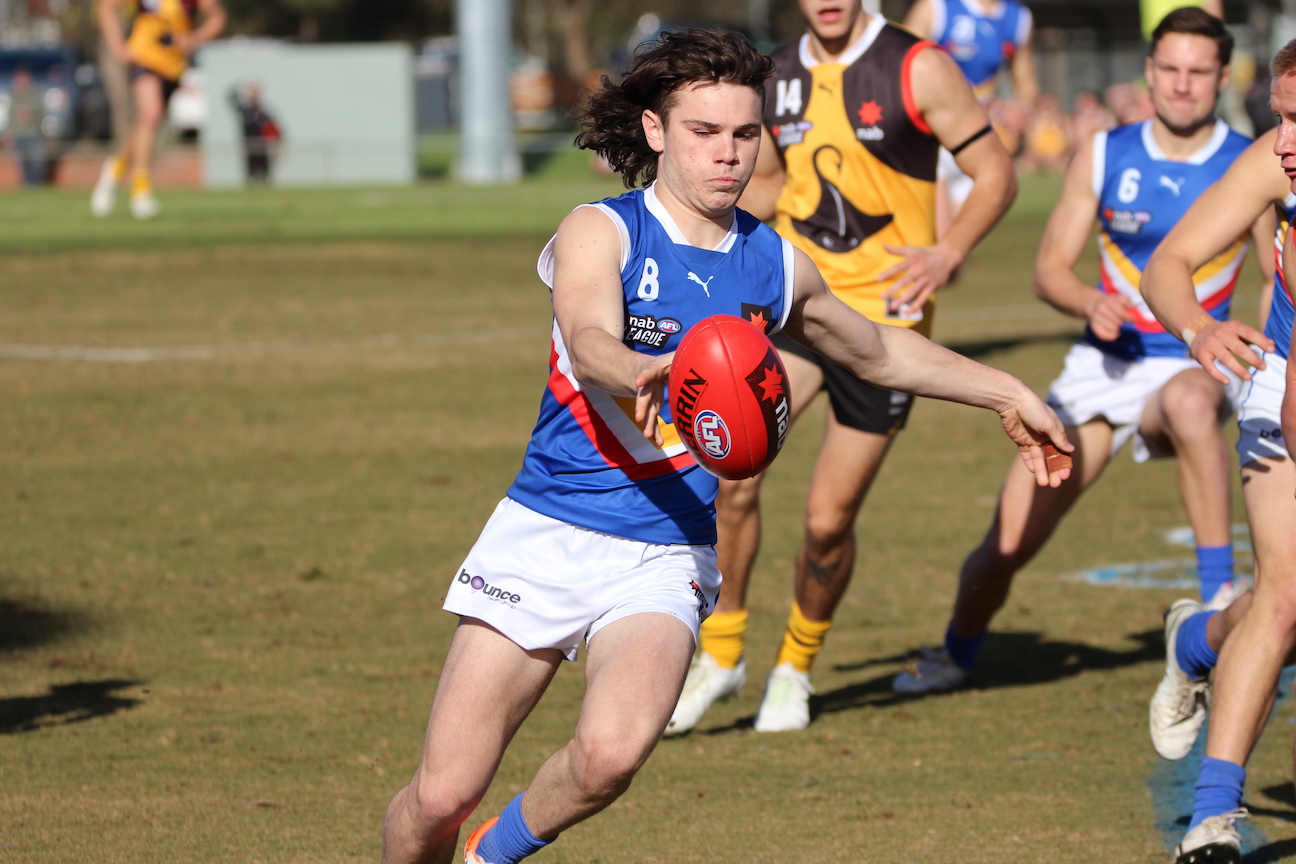 THE 2022 NAB League Boys season is set to kick off at the start of April, with genuine excitement surrounding the latest crop of AFL Draft prospects. The 13 full-time regions are again set to compete in Australia’s most prolific talent pathway, and we preview each squad as season proper approaches. Next up, the Eastern […]

THE 2021 NAB League Awards were held in a virtual event on Thursday night; with teams of the year and best and fairest honours announced for the boys and girls competitions. While the female talent pool managed to crown a premier and has already been through the draft, the male cohort had its season scrapped […] 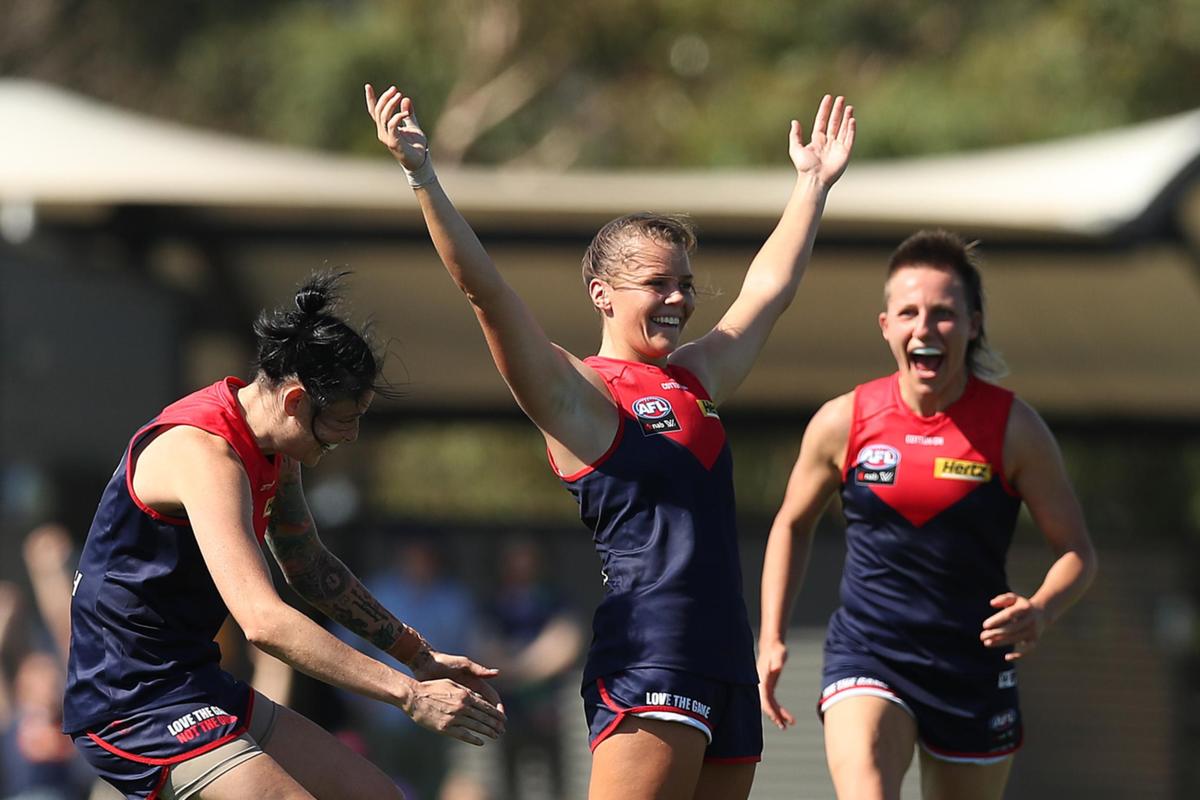 IN an early look at the upcoming AFL Women’s 2022 season, Draft Central checks out each of the 14 clubs over the next three weeks ahead of preseason commencing. Next up is Melbourne, a side that despite being young and losing a lot of experience over the previous off-season, were able to match it with […] 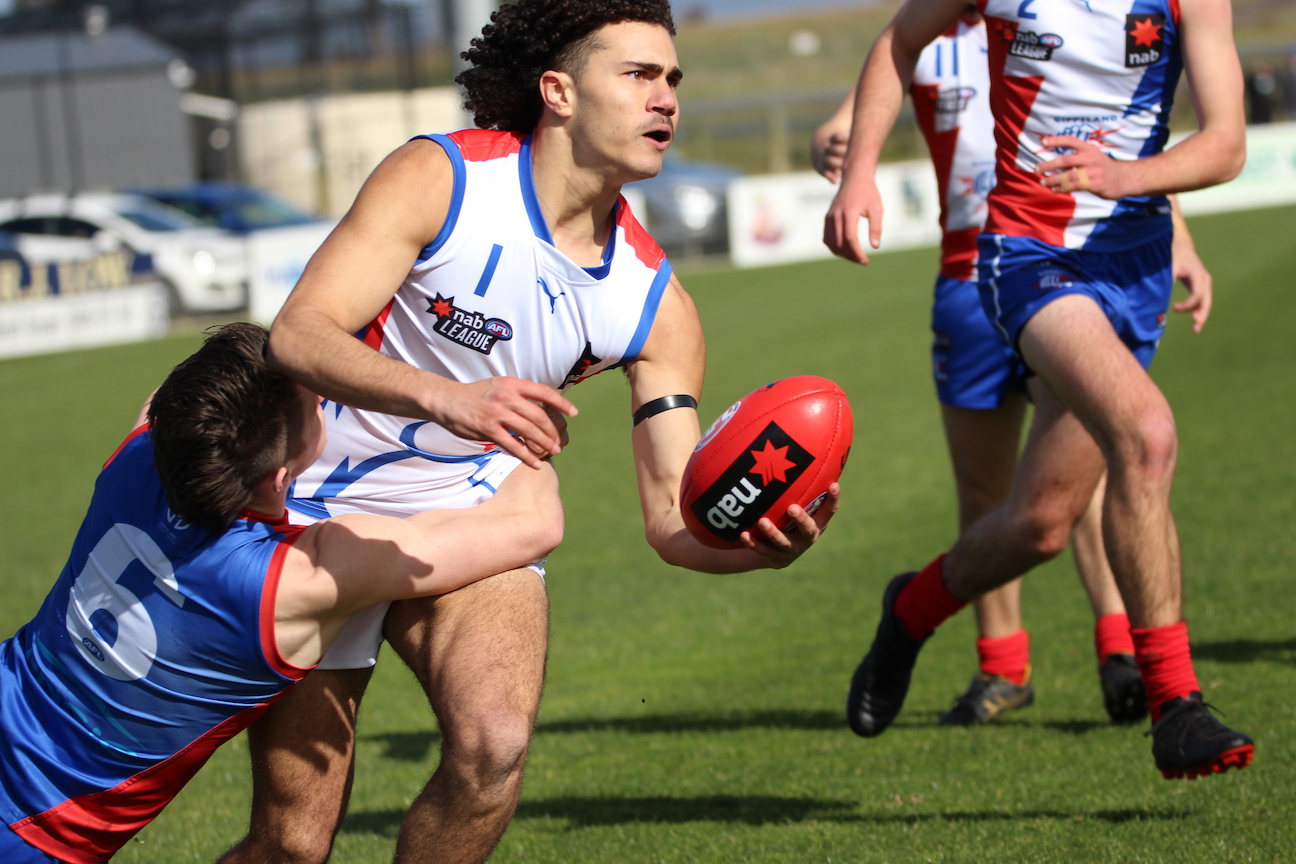 THE AFL announced on Thursday the NAB League is set for a shake-up to its finals structure, with 13 full-time regions split into country and metro conferences. A three-week finals series will commence next weekend (August 28/29) for five country-based programs – Bendigo Pioneers, Geelong Falcons, Gippsland Power, Greater Western Victoria (GWV) Rebels and Murray […]

THE NAB League returned for Round 15 over the weekend, with a set of six fixtures kicked off under Friday night lights in Werribee. While school football competitions also resumed and injuries continue to hit, there was still plenty of top-end talent on show this time around. We take a look at some of the […] 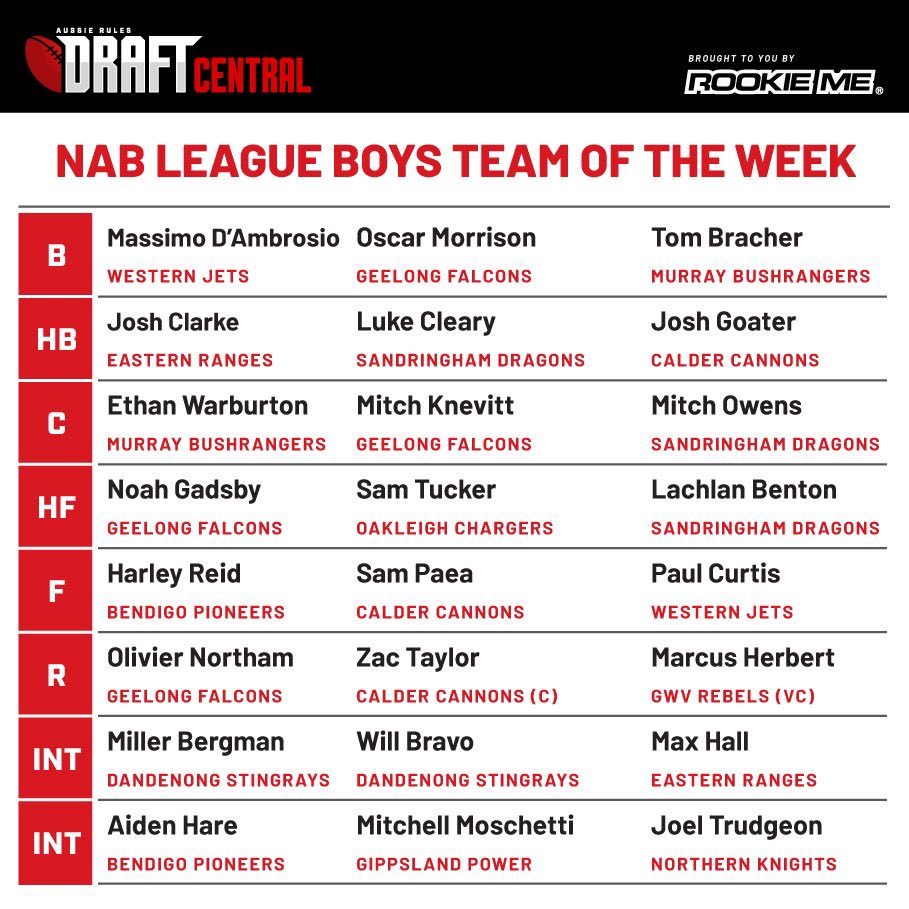 THE Draft Central NAB League Round 15 Team of the Week (TOTW) has dropped, with 24 of the weekend’s best performed-players featuring in a competitive lineup. Player of the Week nominees Zac Taylor (Calder Cannons) and Marcus Herbert (GWV Rebels) take out leadership honours in the 24-man squad, headlining a very even spread of prospects from around […] 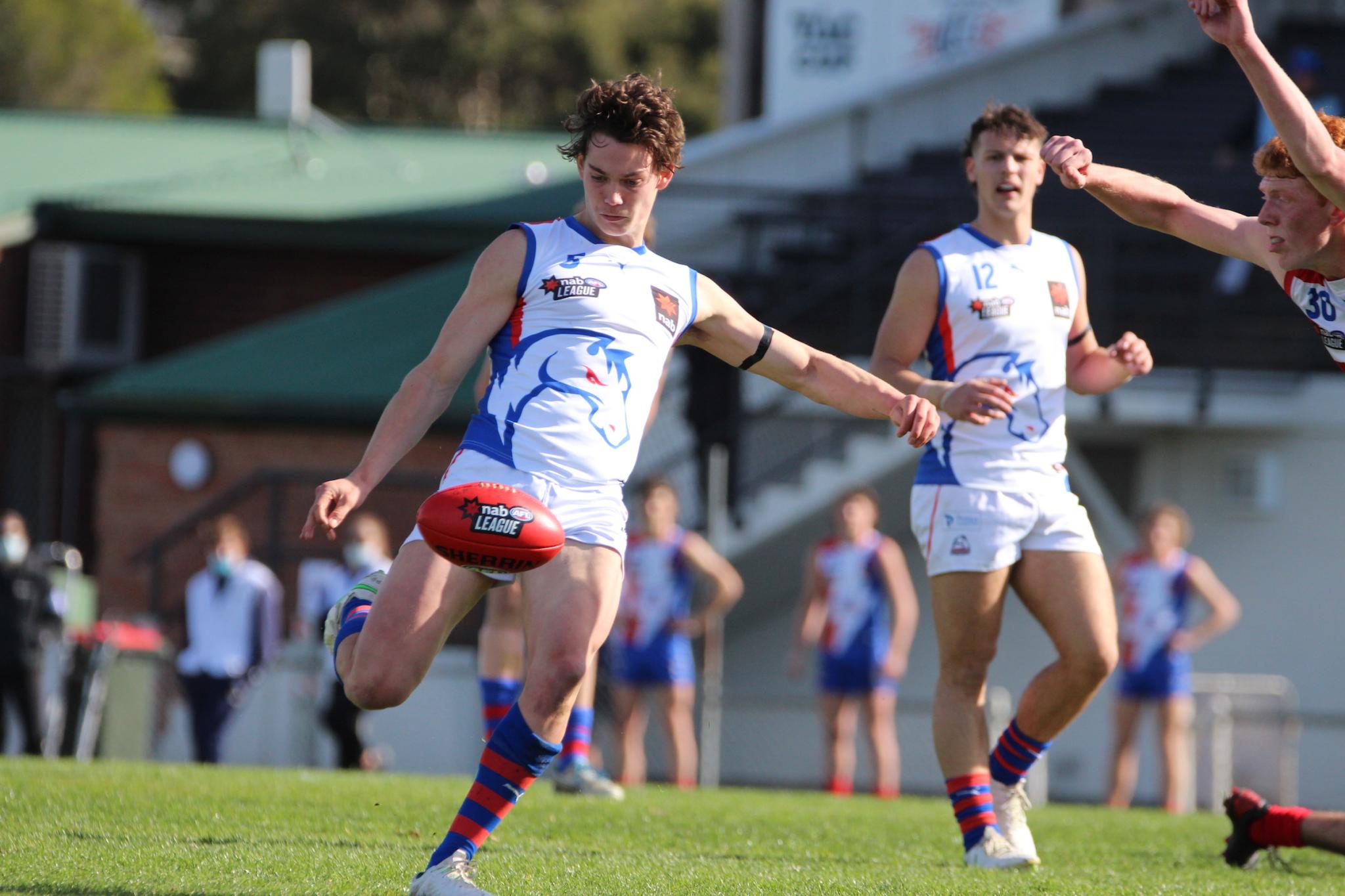 THE NAB League returned for Round 15 this past weekend and while there were no crowds, a bunch of Victoria’s brightest draft prospects put on a show after another season interruption. The action kicked off on Friday night, before five fixtures were played on a super Sunday of junior pathway football. We run you through […] 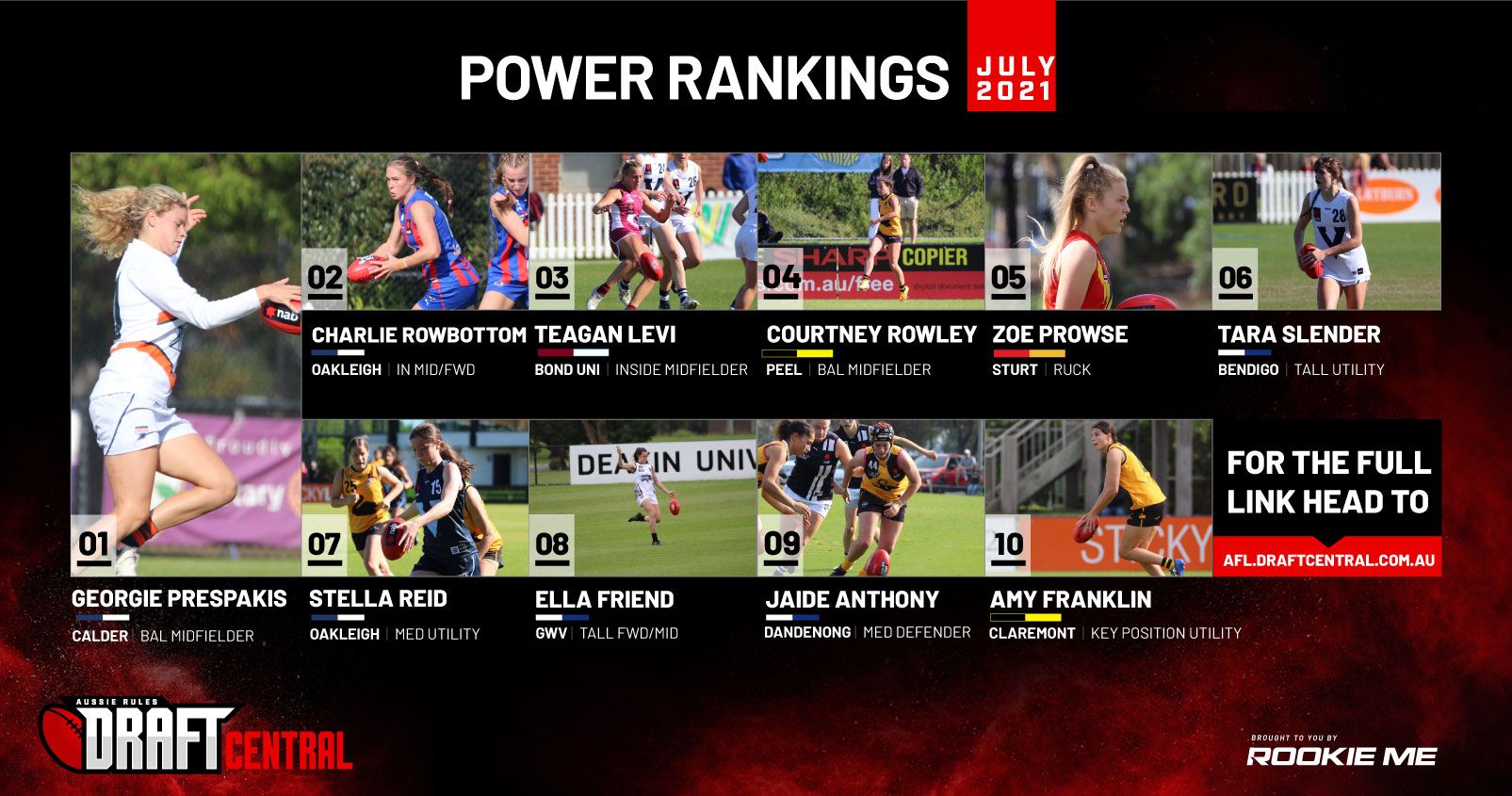 AFTER releasing the Draft Central AFLW Draft Power Rankings – Victorian Pool last month, we have gone one step further to include the entire nation. Not only will the Power Rankings feature the Victorians from last month, but the top stars from across the country to give an indication of where they might be rated […]