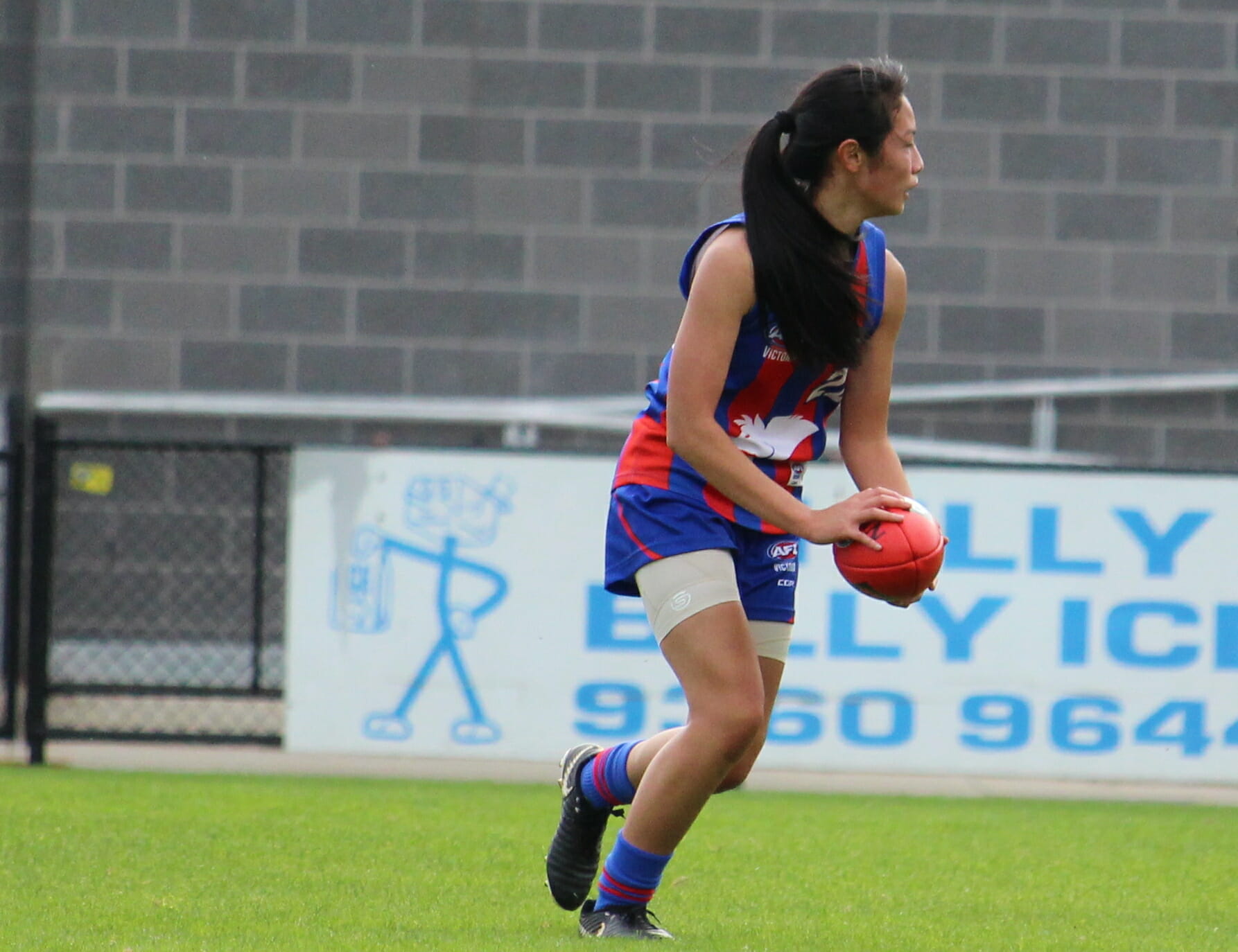 IN a new series focusing on the up and coming AFL Women’s Draft hopefuls, we take a look at some names who would be among their respective states’ top draft prospects for the 2020 AFL Women’s Draft. Next under the microscope is Oakleigh Chargers’ midfielder Joanna Lin who was the highest poller for her club in the league best and fairest in her middle-age year and was a reliable player through the midfield.

A clever and slick outside midfielder, Joanna Lin showed throughout her middle-age season that she did not need to win a heap of the ball to have an impact. Averaging just the 12 touches per game, Lin’s ability to run and spread from the contest, and cover a ridiculous amount of ground was telling. Often coming off a wing and being the player that her teammates looked to in transition, Lin also had the smarts to make the right decisions with ball-in-hand.

Of all the traits required to be an effective outside midfielder, Lin had the majority. She had the footy smarts, skill, work rate and decision making to win the ball, move it on and hit targets down the field, which earned her a place in the AFL Women’s Academy alongside Chargers’ teammate, Mimi Hill. It also earned her plaudits from the Chargers’ coaching staff, finishing the highest in the league best and fairest for her club and winning Team of the Year honours, and continuing that form into 2020.

Whilst she only managed to play the two games due to the season being cancelled, Lin showed that she had brought the same intensity to the season that she had in her middle-age season. At 162cm, Lin is not very tall, but she has good strength and is hard to shift when battling for the ball, particularly at ground level. Her ability to hold her ground and use her strength to position herself well, then never give in, allows her to constantly remain in the contest.

Lin is one who was rated highly by the coaches last year for her effectiveness with ball-in-hand and coupled with the fact she ran all day long and got to contest after contest, she earned every touch. With some development still left in her, Lin has some nice traits that are obvious whenever she is able to win the ball and move it in transition.

Round Preview 9 hours ago