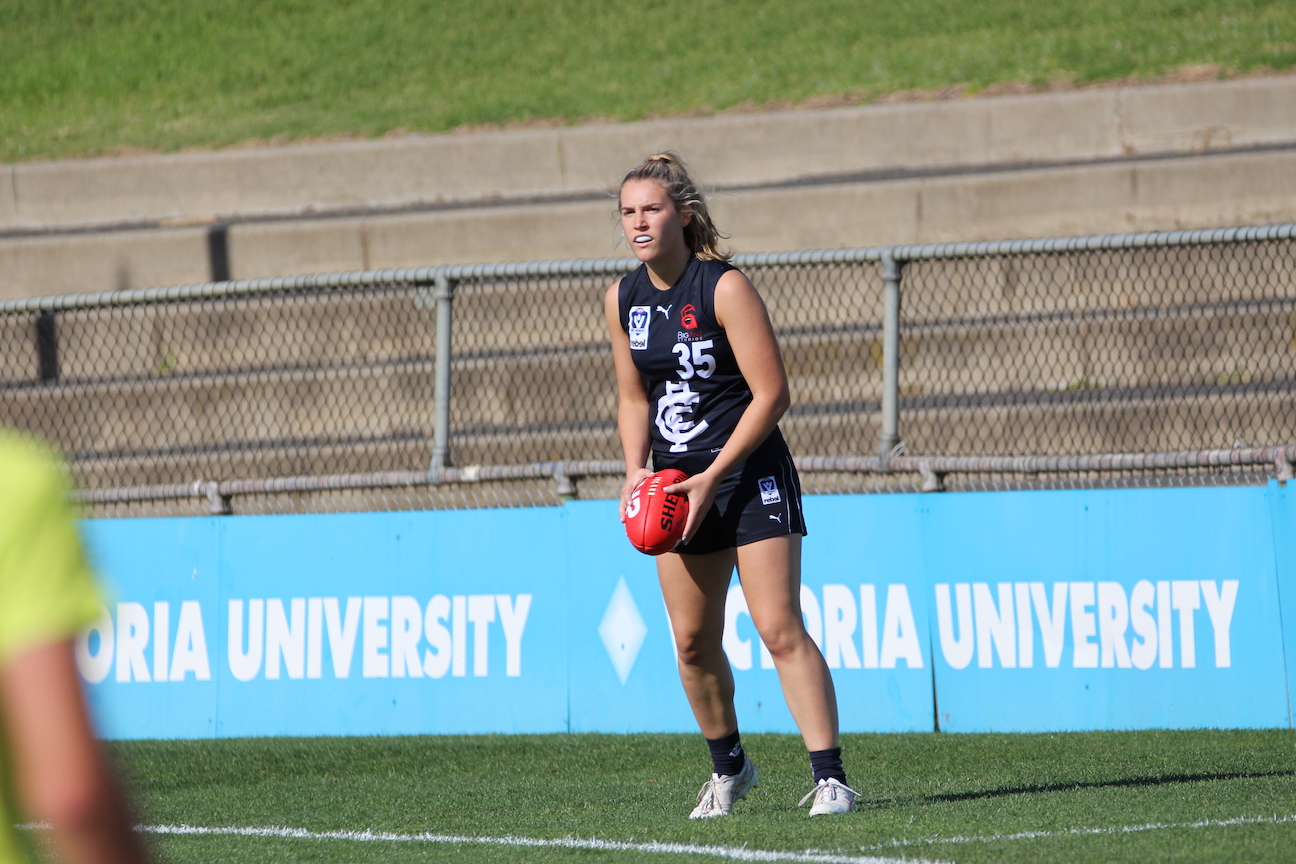 THE 12th round of the Victorian Football League (VFL) Women’s concluded over the weekend. In the mix of impressive performances in this round was a young-gun who continued her dominance in handballing.

Round 12 saw Carlton’s Abbie McKay lead in disposals with 27. When it came to kicks, star player Jaimee Lambert was at the top of her game for Collingwood with 19. Geelong’s number 18, Laura Gardiner dominated in handballs this week, with 14. This adds to her impressive run so far in the season, averaging 13.1 handballs overall for the season and showcases her excellent ability to run and carry and cleanly drive down the field. A stellar performance by Joanna Lin against the Darebin Falcons to finish with three goals saw her take out the top spot for goalkickers in Round 12, while Southern Saints’ Jayde Van Dyke took a classy eight marks whilst playing against the Western Bulldogs. Meanwhile, the most tackles in Round 12 went to Geelong’s Renee Garing, managing 15 tackles showcasing her tenacity and hunt on both the player and footy. Alexandra Hynes from the Southern Saints scored the most hitouts in her side’s six-point loss to the Western Bulldogs.