Skepper looking to “knuckle down” in 2022 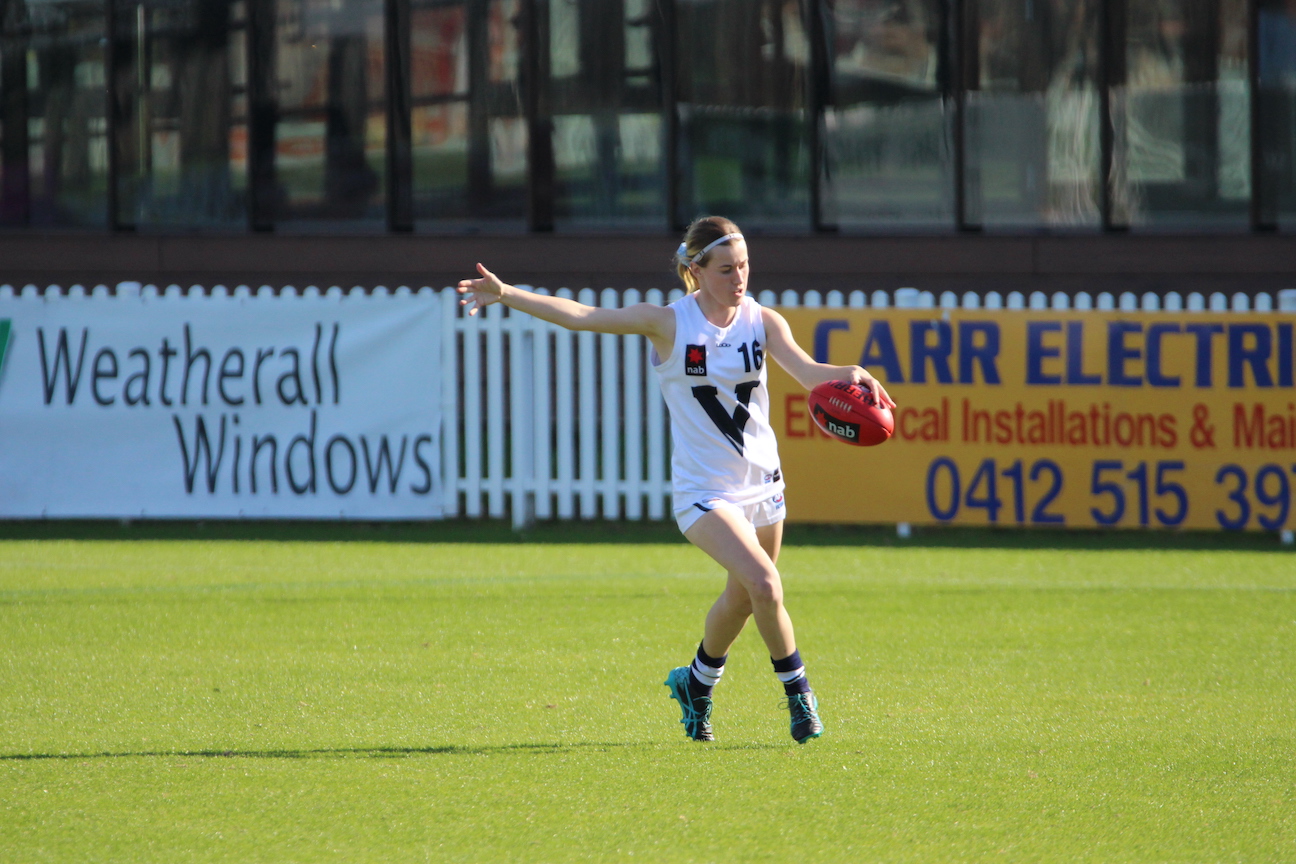 AFTER earning representative duties for both the Under 17s and Under 19s Vic Country squad, Murray Bushrangers talent Keeley Skepper is keen to “knuckle down” and focus on both her football and studies in 2022. Coming into her top-age year after a sparkling representative journey from being best on ground at Under 16s level to playing in the Under 19s as a bottom-ager, Skepper now becomes one of the key leaders at the Bushrangers.

Like everyone, Skepper admitted the last couple of years had been a little different but she was glad to be back. Having recently made the Vic Country hub for the 2022 season, Skepper said it was a relief to train alongside some great people.

“It was amazing just to get back with everybody. We had the most fun I’ve had for a long time,” she said.

Returning to the Bushrangers program for another season, Skepper said the team showed consistency once it was able to have some continuity in its lineup late in the 2021 NAB League Girls season.

“Yeah we had a fews in and outs at the start of the season because we had people going off for other teams,” Skepper said. “I think once we had our core team together, training together and playing together every week it was so much better. “That was when we got the momentum to keep going.”

In 2022, Skepper is looking to play a mix between inside midfield and backline. The latter was a role she was trialed at the championships last year, and though she admitted it was a little different playing on a taller opponent, she described it as a “good learning curve”. Skepper also said that playing in defence allowed her to play to her strengths, which included her kicking and reading of the play.

“I think my left foot’s pretty good. I think I can use that a lot,” Skepper said. “My ratio for kicking to handballing is a bit different. “I use my left foot kick to really power off, it’s good. “I’ve been working on my acceleration and sprinting.”

By “a bit different”, Skepper is referring to the fact she opts to use her left boot over her hands 78 per cent of the time, a rare statistic for an inside midfielder. But with an ability to get free to the outside and send the ball forward almost five times a game, Skepper has plenty of unique characteristics that help her standout from her peers.

In 2021, Skepper averaged 16.7 disposals, 2.3 marks, 4.9 tackles and 4.7 inside 50s per game. When stepping into Vic Country’s Under 17s side, she was a class above, racking up 18 touches, seven clearances six tackles, three inside 50s and three rebounds. It earned her elevation into the Under 19s side, where she played two matches, averaging the 10 touches against South Australia and Queensland.

Looking to 2022, Skepper said she was looking forward to getting into games from January, rather than waiting until February. As for how the Bushrangers will perform, Skepper said there was reason to be optimistic.

“We’re going to win the flag!” she said. “We gotta be positive. “But really we’ll probably win a couple of games hopefully. “We’re a bit of a young team so hopefully we can all gel together and the younger ones can get a bit of learning in as well. But if we win a flag, it will be even better.”

The Bushrangers have a number of players to keep an eye on in the upcoming NAB League Girls season, with Skepper keen to see how some of their top talent performs in their top-age year.

“Madi Gray, she’s really athletic. She’s been playing footy for a long time as well and has a bit of a volleyball and basketball background so she’s got all the different strengths,” Skepper said. “Probably Zara as well (Zara Hamilton).

“She’s really quick … and Cass Mailer, that’s probably my favourite one to watch. “She played Vic Country the first year, then broke her leg and then she’s out and now she’s just coming back.”

On an individual front, Skepper was just looking to perform at the highest level she could, to put herself in the best position to go to the next level in 2023.

“Hopefully this time 12 months I’ll be drafted, but we’ll see how that goes and I think just developing all that we can,” Skepper said. “Also outside of footy I want to knuckle down and go really well in that as well.”