Sturt transition the “easiest ever” for Mueller 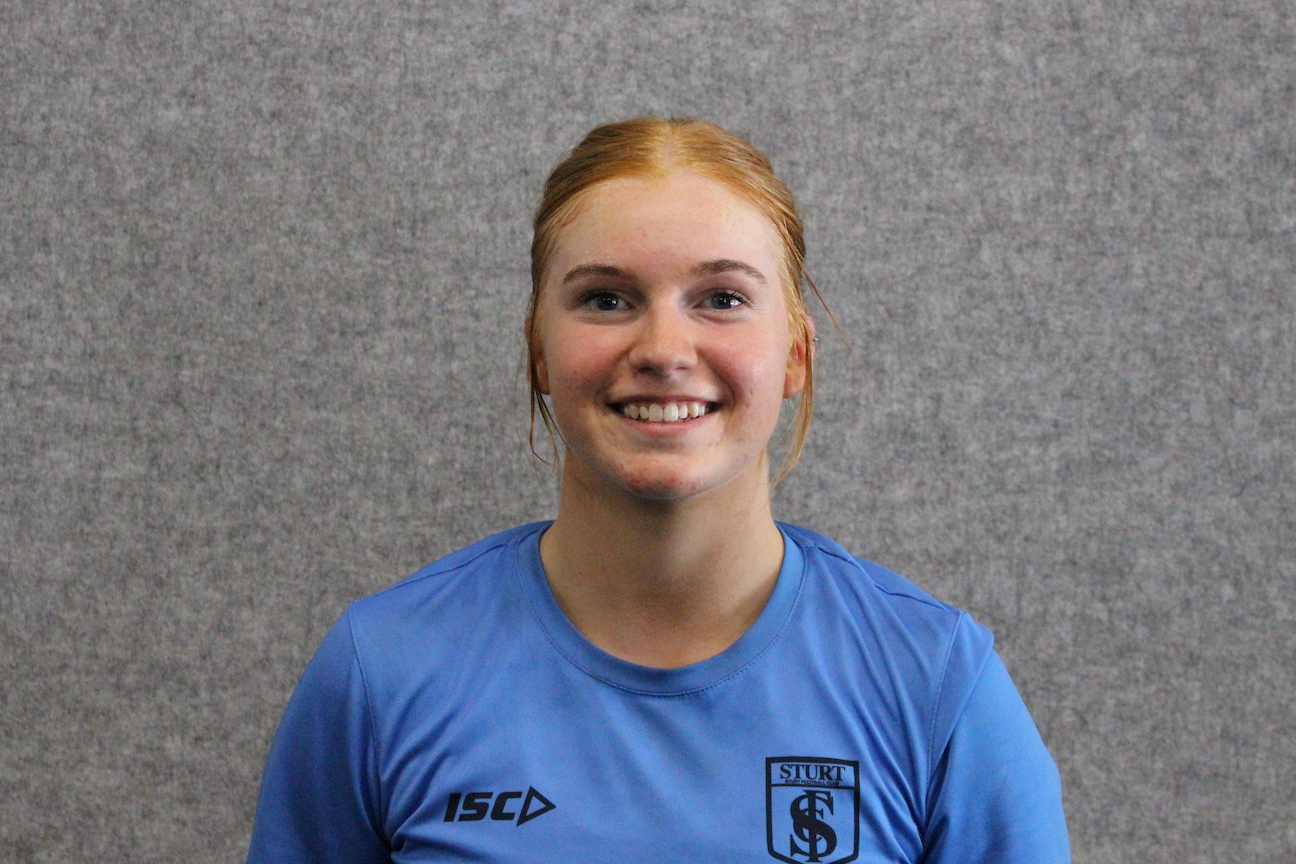 JOINING a senior women’s program at 14-years-old could be daunting, but for Kiera Mueller, Sturt Women’s made it easy. The teenager was able to develop through the pathways over the last few years and eventually crack into the senior South Australian National Football League (SANFL) Women’s side.

“I loved every minute of it. Easiest transition ever,” Mueller said. “There was a such an age gap when I was there. “I was 14 and there were 27-year-olds but everyone made me feel so welcome and included. It was just very easy.”

Mueller’s progression started those five years ago, and whilst an injury interrupted her season last year, she has been able to enjoy plenty of opportunities over the journey.

“I started at Blackwood when I was 14-years-old, played there for a year got invited out to Sturt juniors Under 14s,” Mueller said. “Played there a year, got invited the following year up to the League squad. “Trained there from when I was 14 until I was 17, then got my first game. “Debuted in the last round and then been playing in the League squad ever since. “Along the way made a couple of state teams, Crows Academies and now just at Sturt.

Mueller is a medium defender with a damaging left foot. Capable of playing offensively or defensively, Mueller said she loves playing in the back half, but would like to add some extra midfield minutes to her development going forward.

“Yeah definitely want to play some midfield,” Mueller said. “I’ve had a couple of preseasons training in the midfield but just naturally always just fall back into defence and I love it there, so definitely keen to keep playing there.

“I love the feeling that knowing I was the one that stopped the goal, or the unit as a defence we started the attack. You always start attack from defence, so just the thrill.”

Her 2021 season finished on a high, playing 10 games and averaging more than 15 disposals a game. In the final two matches, Mueller racked up a combined 37 disposals, 11 marks and 12 rebound 50s to signal what could be a sign to come in 2022.

“I think my end half of the season was pretty good,” Mueller said. “I had an injury halfway through and that kind of motivated me. “I realised I wanted to play my best footy, so rehabbed my knee, got back out and wanted to pick up from where I left off.”

Mueller’s aim in 2022 is to improve her speed and get to more contests before the opposition. She harbours ambitions of playing at the elite level but believes she would need one more season at SANFL level before staking her case. Consistency is her short-term goal over the next few months, with the last season purple patch the benchmark to reach this season.

One motivation factor keeping her dreams of playing at the top level alive is the fact she saw one of her teammates and friends get drafted as a mature-ager last season.

“Seeing Jess Good, who is a mate of mine coming out from Blackwood, Seeing her get drafted in her 20s, it shows anyone can do it, doesn’t matter your age,” Mueller said. “Definitely a motivator for me, knowing that I do want to make it to AFL and there’s still a chance.”

As for her inspiration over the journey, there was one name who came straight to mind – her Sturt captain.

“Always Maya Rigter,” Mueller said. “She’s gone through everything in the footy industry, making cuts, not making it. “Injuries, winning awards. “One of the best leaders I’ve ever come across.”

Sturt has been unable to make finals in the four seasons the Double Blues have competed thus far. Mueller said she felt that 2022 was the year of possibilities for the young side in the SANFL Women’s.

“I think we’ve on the right track,” she said. “Definitely been developing over the last couple of years. I think we’re ready now, we’re coming in strong. “We’ve got a lot of great talent coming up as well so it’s pushing everyone to be better, but obviously scoring goals helps too.”