Beatty works hard over break to set up 2022 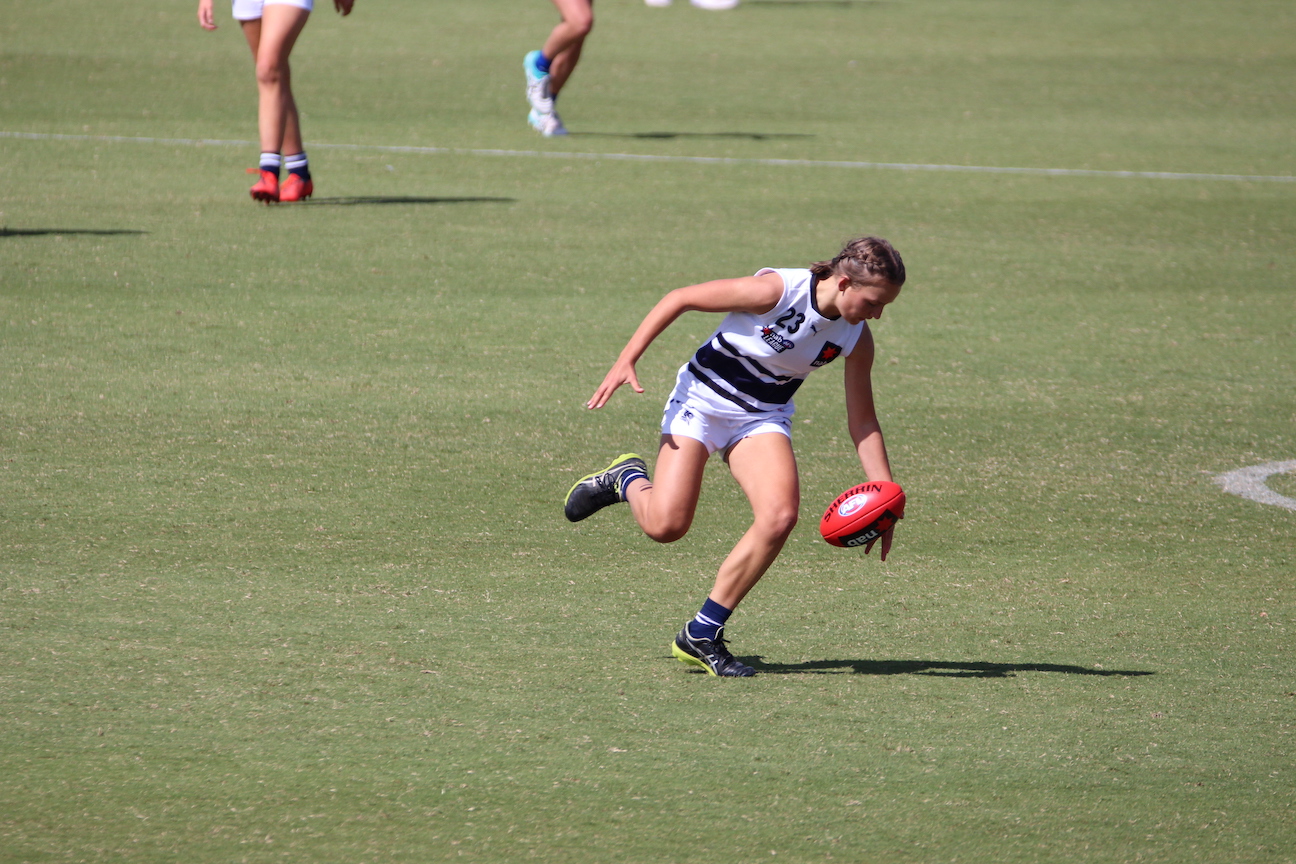 ONLY a preseason injury could stop Northern Knights‘ Lulu Beatty. After a big season with the Knights and then club football, Beatty admitted she has not had much of a break until injury struck, ruling her out for the remainder of the preseason. She hopes to return by at least Round 3, but admits “it was kind of a hassle”.

“Well I’ve done a lot of work from club footy up until now,” Beatty said. “I didn’t really stop, but now I’ve had to stop because of my injury. I’m not really sure how I’m going to be, but hopefully my fitness doesn’t go down too much. “I’m doing other things like swimming and bike, and I’m hoping that will keep me good for the season.”

Prior to injury, Beatty was working hard on improving aspects of her defensive game to make herself stronger at the coal face. As a defender, Beatty rates her smarts and ball use and now is eyeing off rounding out her game to add extra strings to her bow.

“I’ve been working really hard on preseason to improve my tackling and my aggressive game onball, and against opponents,” Beatty said. “So I’m hoping that I’ll get a little bit more chance to show that in my game this year.

“I’m a defender so I would say I’m pretty strong at reading the play, and reading where the ball’s going to go. “Also my marking and kicking skills.”

Having started her career at Northcote Junior Football Club, Beatty moved to Darebin Falcons, and started playing at the Knights in 2021. The competitive nature of football, as well as the social attraction, made it the perfect fit for the teenager.

“I love the competitiveness and I love everything second of it,” Beatty said. “I love running around, getting outdoors, getting to make great friends. “It’s really good.

“It’s (Northern) a really great club environment and obviously there’s so many good girls this year. “But the community and the group has carried along.”

Open to give any position a try, Beatty said she had enjoyed working under AFL Women’s players and ex-Knights Gabby Newton and Maddy Guerin.

“It’s really good to get to know Gabby and Maddy,” Beatty said. “They’re really inspirational, they’ve done all this stuff, and they know this program so they really understand it well. “That’s something I haven’t really had before as a coach. “I also haven’t had a proper female coach before so it’s really good.”

As for her 2022 season, Beatty is looking forward to getting out on the park and doing all she could to have a strong season with the Knights.

“Ultimately I would love to be drafted,” Beatty said. “But just have as much fun as I can with my footy, and achieve as many of my goals over the year and mainly just have a good time.”