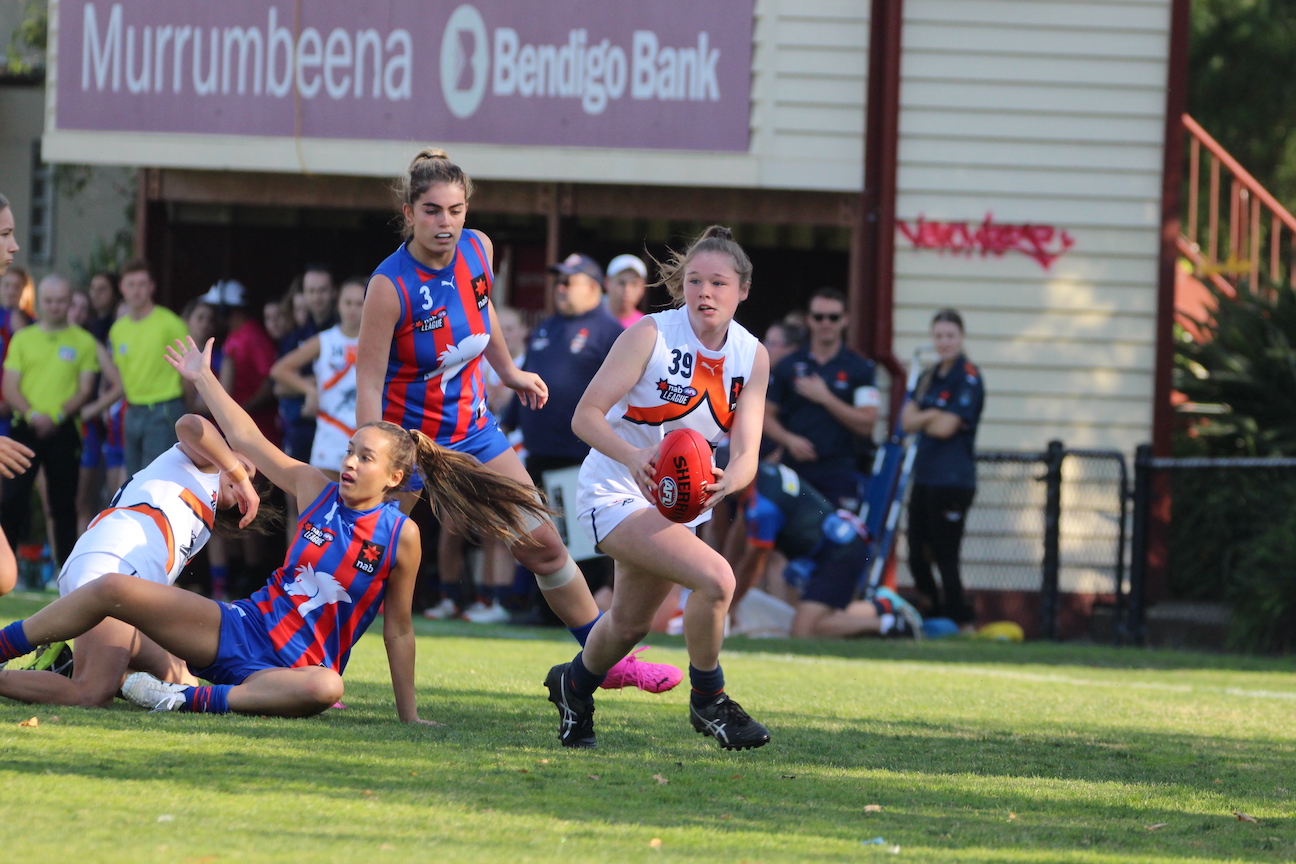 AFTER an impressive 2021 NAB League Girls campaign, Calder Cannons Girls talent Abbey McDonald is prepared for a big 2022. The versatile utility has proven she can play anywhere on the field, and got a taste representing Vic Metro in the Under 17s, as well as being named in the Under 19s squad. She described her experience with the Under 17s as “a bit different” because it involved the best of the best, but then noticed the step-up for the Under 19s.

The camp is last month’s Vic Metro hub, which unsurprisingly McDonald was invited to after her strong 2021 season. Her journey to the top junior level began a decade ago when she first joined her local club.

“I started 10 years ago playing Sunbury with the boys,” McDonald said. “Then played over the years, and played Cannons the last couple of years. “Then played in the representative teams like Vic Metro and interleague.”

McDonald describes her strengths as her speed and her game sense, whilst hoping to improve on her kicking and endurance. Having been throwing in all thirds of the ground, the Cannons teenager said she was not fussed by having to adapt to different roles each week.

Now her sights are firmly set on reaching the top level, with her sole focus to try and earn a place on and AFL Women’s list.

“Abbey’s really talented, she plays across all three lines, she’s competitive, she’s got great skills,” he said to Rookie Me Central. “She went really well today (preseason testing) and we’re looking forward to seeing how she progresses throughout the year.”