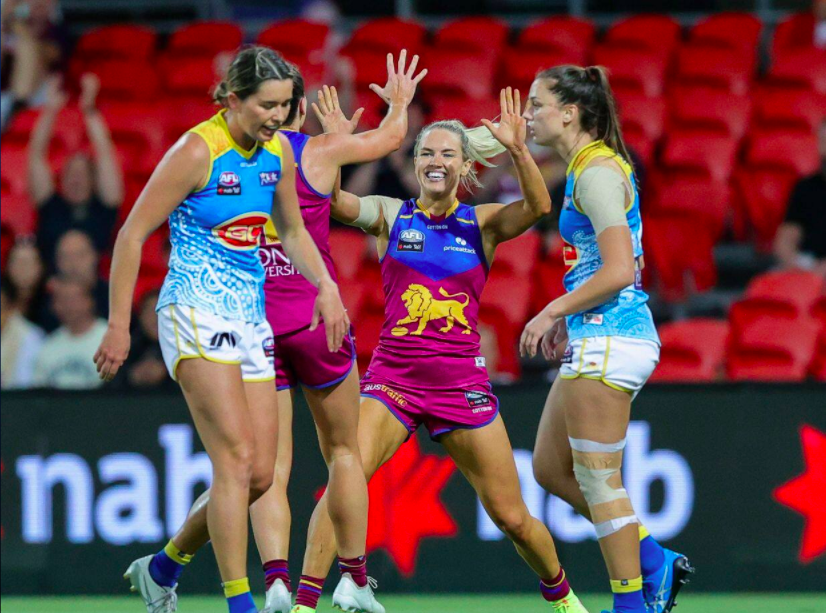 BRISBANE has sent an ominous warning to the rest of the competition on Thursday night, after dismantling the Gold Coast Suns in the annual Q-Clash. It took the Suns until the fourth minute of the final term to put a goal on the board, and they had a much better final term, but by then the damage was well and truly done.

The game was over by half time

The win was so dominant by Brisbane that the game was over by half time. The Lions had kicked six goals in the first half, whereas all Gold Coast had kicked was a mere two behinds. The Lions just kept building from there in the second half and we all saw how that turned out.

Short breaks between matches are always a talking point in the AFLW, and going into the Q-Clash Brisbane was coming off a four day break after its win over St Kilda.

Not only that, but the Lions had to battle the travel factor, after they came home as the game was played in Melbourne.

Despite all this, the Lions certainly did not look like a side that had come off such a short break, proving that a four day break is nothing more then a number for some.

The gap between the top six and the rest is stark

If the Q-Clash taught us nothing else, it’s that the gap in quality between the teams currently in the top six (Adelaide, Brisbane, Collingwood, Fremantle, Melbourne and North Melbourne) and the rest of the competition is huge.

In the same time period, those top six have beaten the remaining 12 sides 51 times.

No Davidson? Again, no worries

One of the big talking points coming into the match was how Brisbane would be missing key forward Dakota Davidson due to concussion protocols.

That was absolutely no issue for the Lions in the end as the likes of Taylor Smith really stood up and had a breakout game.

Although only finishing with the eight touches, Smith was a great strong target up forward and kicked three goals. Her strong form just adds another dangerous element to an already potent Brisbane line up.

This was a reality check for Gold Coast

After a promising few weeks, this match was quite the reality check for the Gold Coast Suns, and was perhaps a sign of where they’re really at.

The question for the Suns now is one of how they respond to that.

They have the Dogs next up, so depending on how that match goes it may say a lot as to how far the Suns really go this season.

Neither side has to wait long for their next clash. The Lions are up again on Monday night against the Dees, while the Suns only have to wait one extra day for their clash with the Bulldogs.