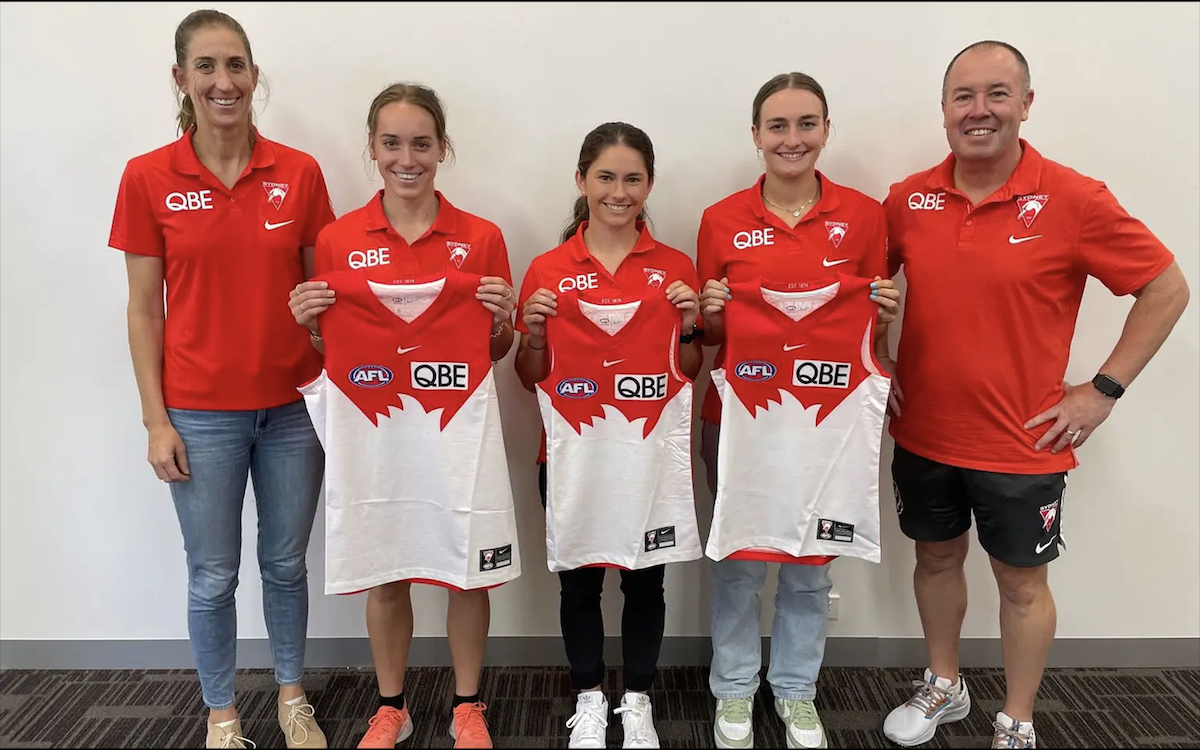 IN a big boost to their tangible entry into the AFL Womens, the Sydney Swans have unveiled seven more players to join inaugural signing, Ruby Sargent-Wilson in the red and white. The Scott Gowans coached side will join Port Adelaide, Hawthorn and Essendon at the elite level, with the two Victorian sides having signed a player each, whilst the Power were yet to announce a signing. Sydney on the other hand, has jumped in early to announce seven more players to make it eight for the initial signing period. One of those – Maddy Collier – has AFLW experience, but the other six will get their first chance on an AFLW list. We take a look at those players and what they might bring to the expansion side.

An athletics star who opted to join Australian rules football though Hawthorn’s AFLW Academy in 2021, Beruldsen is the biggest unknown quantity of the signings. Having only played this season, Beruldsen clearly has elite level athletic traits, having competed in hurdles and sprints on the national stage. In her five matches in the brown and gold this season, Beruldsen has averaged nine disposals, two marks, three tackles and kicked her first goal against the Western Bulldogs in the most recent round. Though those matches are all the competitive games she has played, the Swans will look to mould the 23-year-old into a high-upside player.

The North Melbourne VFL Women’s player had an outstanding 2021 season, and was among a number of Roos in contention to be drafted last year. Initially from the Darebin Falcons where she averaged eight disposals and three tackles back in 2019, Eastman transferred to North Melbourne where she became a standout defender. She racked up 4.7 rebound 50s in the blue and white hoops, with the 23-year-old still a rising talent. Eastman joins her captain from 2021 Meagan Kiely on an AFLW list. More than capable of playing through the midfield as well, Eastman is a readymade player able to step up to the top level.

A soon-to-be 26-year-old who has been teetering on the edge of an AFLW contract for a number of years now, having been a train-on with the GWS GIANTS in the previous two years. After missing out on opportunities there despite some strong performances in the AFL Sydney competition, Ford opted to head south to don the sash with Essendon in the VFLW in hope of earning a contract with that expansion side. Instead, her performances at the state league level – that showcased her natural football IQ – caught the Swans attention. Though only small – standing at 160cm – Ford has the skill and toughness to match it with taller opponents through the midfield.

One of the local talents who was performing right under the Swans’ noses, Gunnedah Bulldogs defender Alice Mitchell is still young at only 21-years-old. Playing in defence, the 180cm talent is more than talented swinging forward, and she impressed the coaching staff during the recent Summer Series matches for the Swans. Possessing clean hands and a neat left foot, Mitchell has a nice balance between offensive and defensive traits. Though still a developing player, she is a good size and is a reliable talent who will only grow with more experience.

The former Eastern Ranges talent has done her time in the VFL Women’s since missing out on her initial AFL Women’s Draft in 2018. The now 22-year-old stands at only 162cm, but is an attacking midfielder-forward who is capable of playing a defensive role as well. Having represented Vic Metro at AFLW Under 18s level, Szigeti has been a traditional footballer in every sense of the term, having started at Auskick then was lucky enough to make the transition from mixed footy to girls footy. Though Szigeti has played more recently as a midfielder-forward, she can play out of defence, and has nice footy smarts and provides run and carry when required.

Another Hawthorn VFLW footballer who signed with the brown and gold in hope of earning an expansion spot there, the Swans pounced on the ex-Williamstown midfielder. In 2021, Whelan averaged the 15.9 disposals, 7.3 tackles, 4.3 clearances and more than an inside 50 and rebound 50 per game, becoming a dominant inside midfielder. She was competitive and attacks the contest well, with a readymade gamestyle. Whelan was one of the standouts for the Seagulls last year, and though the oldest of the Swans signings – she turns 27 at the end of the year – she provides leadership and experience at the new club.

IN a weekly piece throughout the AFL Women’s season, we name the players and teams who will be looking to have a big week in the upcoming round. From underperforming sides to players looking to step up or continue their form, Big Week For highlights those who could be ones to watch over the weekend. GWS & […]

IN a weekly series at Rookie Me Central, we cast our eyes and ears around the league to gather thoughts from AFL Women’s coaches, and see what they had to say post their respective matches on the weekend. This week’s edition comes to us from the AIA Centre, where we hear from Collingwood coach Steve […] 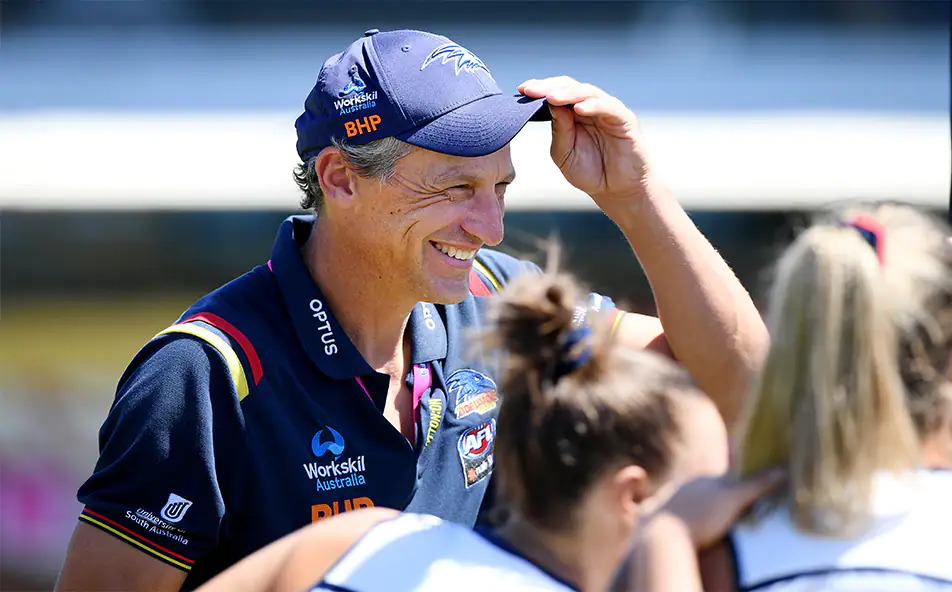 ADELAIDE Crows AFLW Coach Matthew Clarke was satisfied with his side’s 96-point win over GWS and the consistency his team showed for four quarters. “That was strong. Our contest numbers were off the chart, and we were efficient too,” Clarke said post-match. After a tough start to the season and not playing the style the […]