MENTORS are a key factor in all walks of life, and that is no different in the path towards Australian football’s top flight. For Melbourne Grammar School (MGS) 1st XVIII captain and Rookie Me Academy athlete Ethan Smith, inspiration has seldom been far away. Now, the well-travelled youngster is also providing exactly that to others.

A product of the Sydney Swans Academy, Smith moved to board in Melbourne in 2020 and waxed with eventual draftees Josh Ward (2021 captain), Ned Long, and Campbell Chesser in last year’s MGS team. It means his list of mentors boasts an immense amount of footballing talent and knowledge.

“Josh Ward was the biggest one for me,” Smith said. “He was the first one who took me under his wing and showed me what it means to be a leader. “Following him, asking questions with a few phone calls helped me onto a path where I can lead the boys as well as possible.

“Also, Errol Gulden from the Sydney Swans Academy. I played with him and went to school with him so I’ve kept in touch and have had a few phone calls with him. He’s directed me into a way that I can get noticed a bit more, and what to do off the field. So, I’ve definitely got a lot of people to lean on, my support system is quite strong.

“I feel as though my leadership is my strength. I worry about other people before myself, I know that if you’re an individual and you’re a very good footballer it doesn’t really matter because the team are the ones that win you the games.”

Though making the move to Melbourne was far from a straightforward decision, the learnings and opportunities on offer for Smith have made it clear that he is now where he wants and needs to be. With prolific NAB League region, the Sandringham Dragons offering a spot on their list this year, the top-ager had to choose his path forward.

“Last year I played for the Swans for a few games in Sydney and then after the Dragons gave me the opportunity to play in their squad, I had to make a decision,” Smith said.

“I decided to play with the Dragons purely off them such a successful club, and me being closer to so I could train more with them. I guess I still have the connection to the Swans, I still chat to the coaches a little bit but I’m not going to be playing any more games with them.”

Having gained a “maturity step” in his time away from family, Smith’s shift from the new kid, to the main man at MGS has yielded early success. Though unable to crack a fearsomely strong Sandringham outfit, the hard-working midfielder started his APS campaign with a bang – despite the result – with 41 disposals.

“We unfortunately went down to Caulfield Grammar, but they’re a pretty strong team,” Smith said. “Personally I thought I played my role really well and lead from the front, so I was definitely happy with my performance. But at the end of the day we want to win games and we didn’t win on the weekend so we want to bounce back and win next weekend.

“I’ve been speaking to the (Sandringham) coaches a little bit and they’ve been telling me what I’ve got to do to break into the squad. We have a bye coming up in Round 5… if I can play the way I played on the weekend consistently and improve, then I have to get noticed.”

Speaking of improvement, Smith is clear on what he can offer, and what areas he can tweak in his game going forward. He moulds his game on Carlton star Sam Walsh, with that same work ethic and footy IQ traits he wishes to emulate on-field.

“No matter where I am on the field, I’m the fastest and the fittest on the field,” Smith said. “I can break away from a lot of tackles and am able to run over any of the other boys on the field, so that’s 100 per cent my strength. (I’m looking to improve on) my efficiency with the ball. On the weekend I had 41 touches, so I had a lot of the ball but I didn’t hit targets as much as I would have liked.

“Just having the knowledge that I have an extra five or 10 metres just to compose myself and hit a target every time, moving forward I every time I get the ball I want to be able to hit a target or put it into a dangerous spot for forwards to fulfil their craft.”

Off-field, the lifelong Swans supporter is focussed on his studies and takes the mentality that footy is only a small part of an athlete’s greater life experience. A business degree is what he has his sights set on post-high school, and is not entirely fussed by where his football journey may take him when it comes to moving interstate.

Smith is also a Rookie Me Gold Scholarship recipient, an opportunity outside of his MGS and NAB League duties which has further allowed him to enhance leadership, athletic, and preparation skills.

Passing on his wisdom this year, the youngster has taken an MGS and Sandringham Dragons newcomer under his wing. When prompted on who he was most looking forward to playing alongside in 2022, Smith took little time to put forward the name Ryley Sanders – a bottom-aged Tasmanian boarder who is part of this year’s AFL Academy.

He’s a long way from home, but Smith bringing a family feel and welcoming atmosphere to each pathway he enters, kicking all of his own goals along the way. 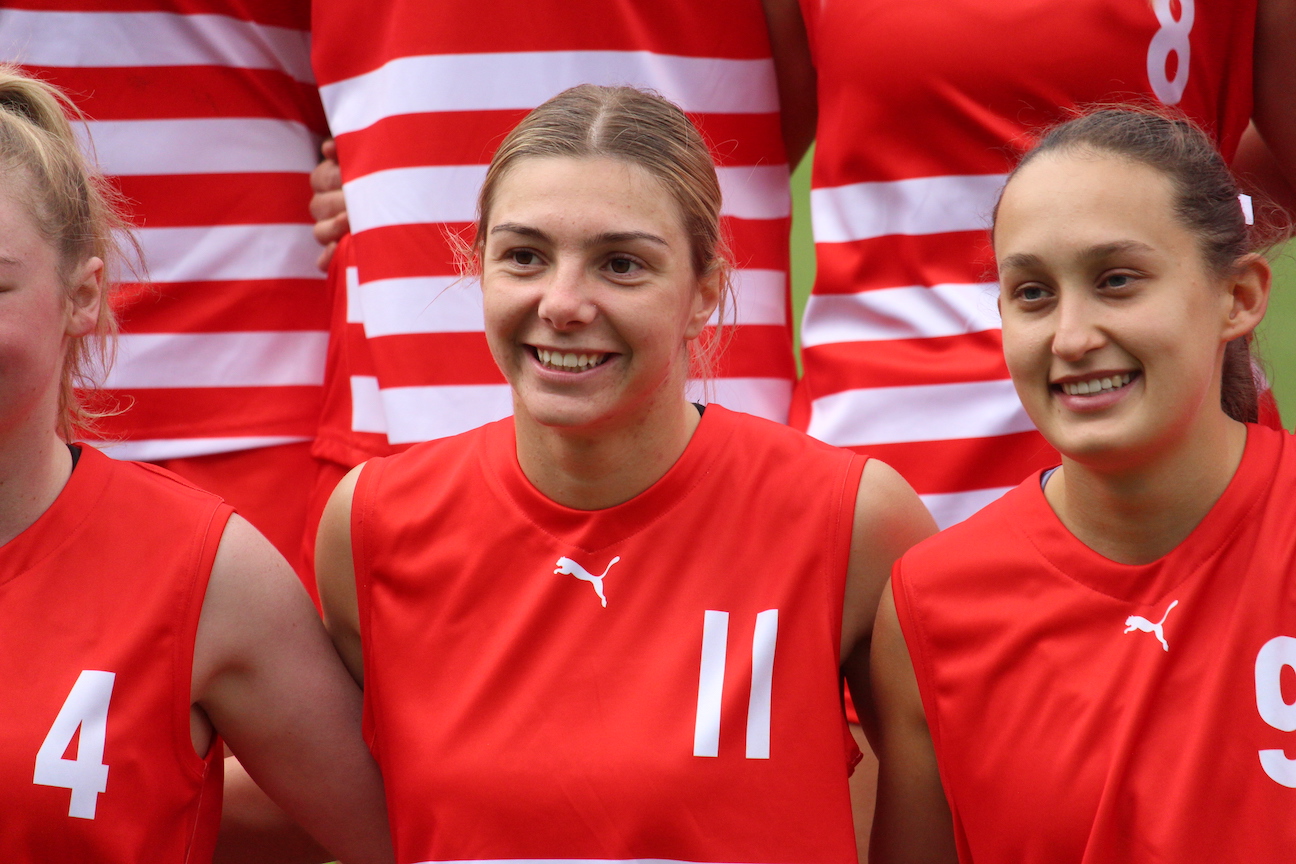 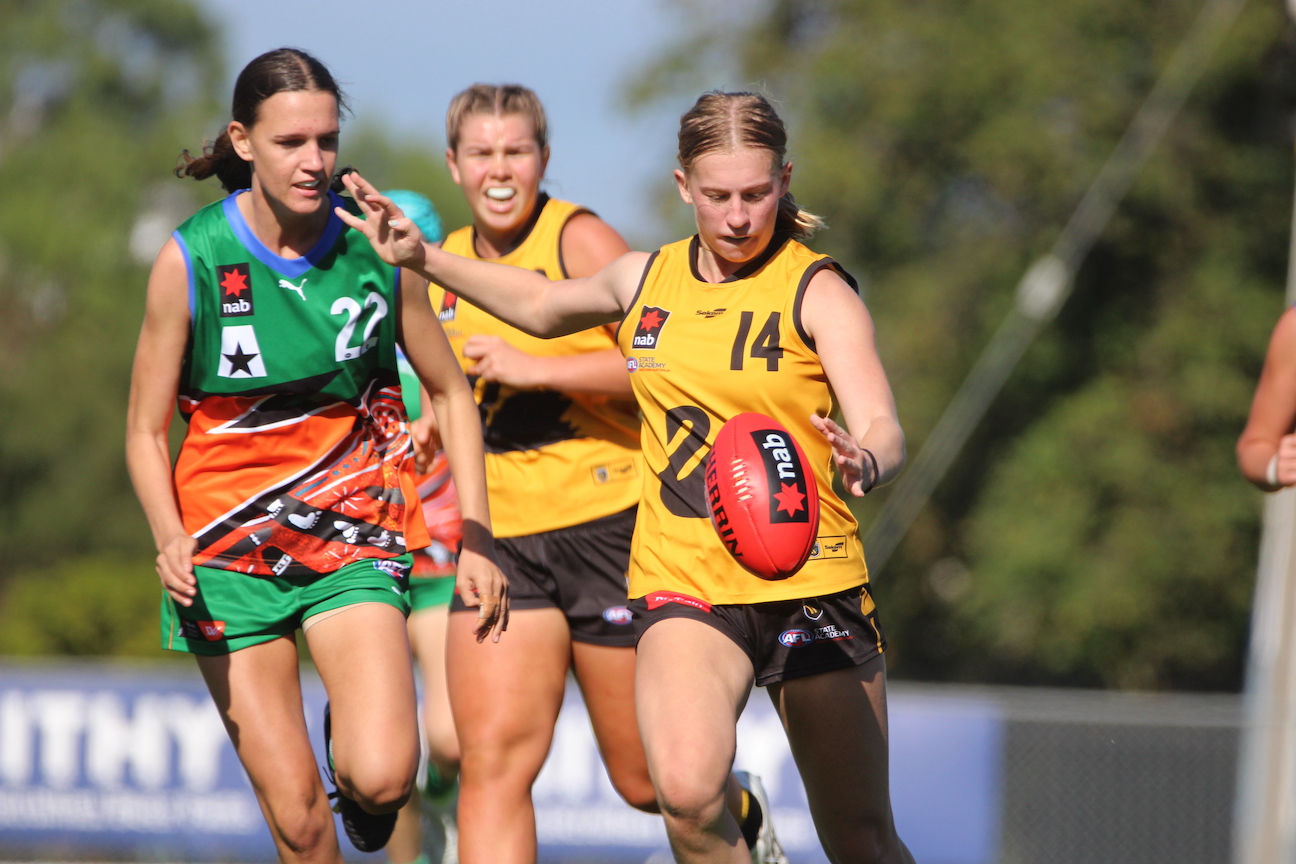 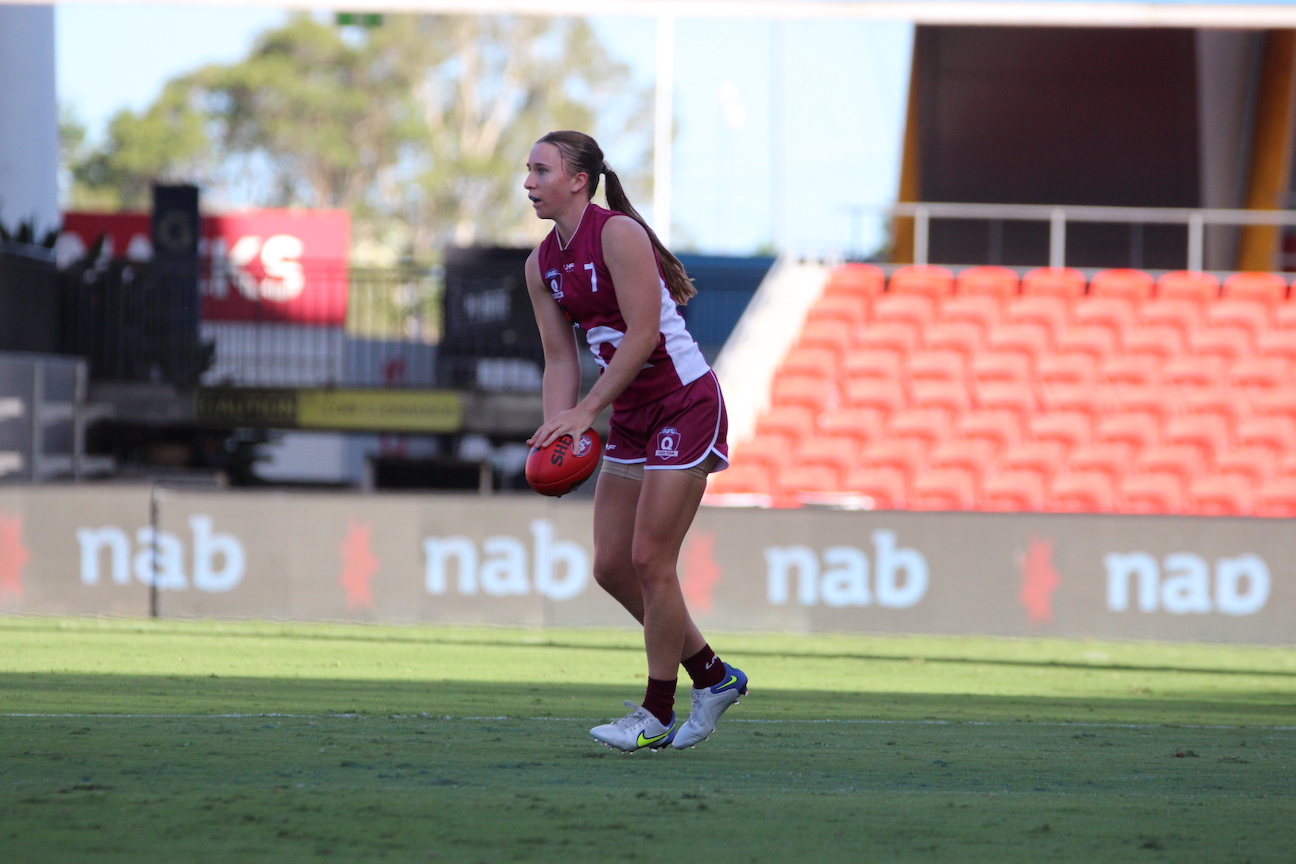