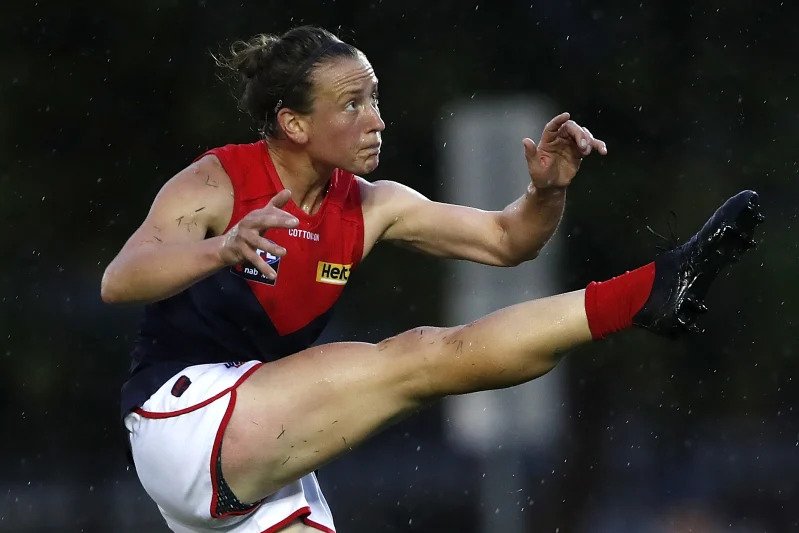 THE OFFICIAL AFLW Sign and Trade Period has begun, so let us take a look at all the ongoing re-signing and trade news from across the competition.

There was certainly a Demonic feel to Day 3 of the Trade Period, with almost all trades involving the Dees.

As previously mentioned, almost all of yesterday’s trades involved Melbourne, but there were other clubs involved on day three – Carlton, Collingwood, Geelong and West Coast.

Below is a summary of what each club received from their various trades:

The expansion sides continued to sign up some mature age players before all teams head to the draft, with Hawthorn and Port Adelaide confirming signings today.

Although not officially lodged with the AFL yet, Hawthorn announced that from their VFLW side they will be signing Isabelle Porter and former AFLW Dee Ainslie Kemp, as well as Catherine Brown from the Eastlake Demons in the ACT, who did spend some time in Hawthorn’s VFLW side in 2021.

Port have signed Alex Ballard from Sturt in the SANFLW and Elizabeth McGrath from VFLW side North Melbourne.

West Coast also pre-listed WAFL Women’s midfielders Ella Smith and Sasha Goranova as two of their concession signings. A third signing is imminent, with that player being a leading forward.