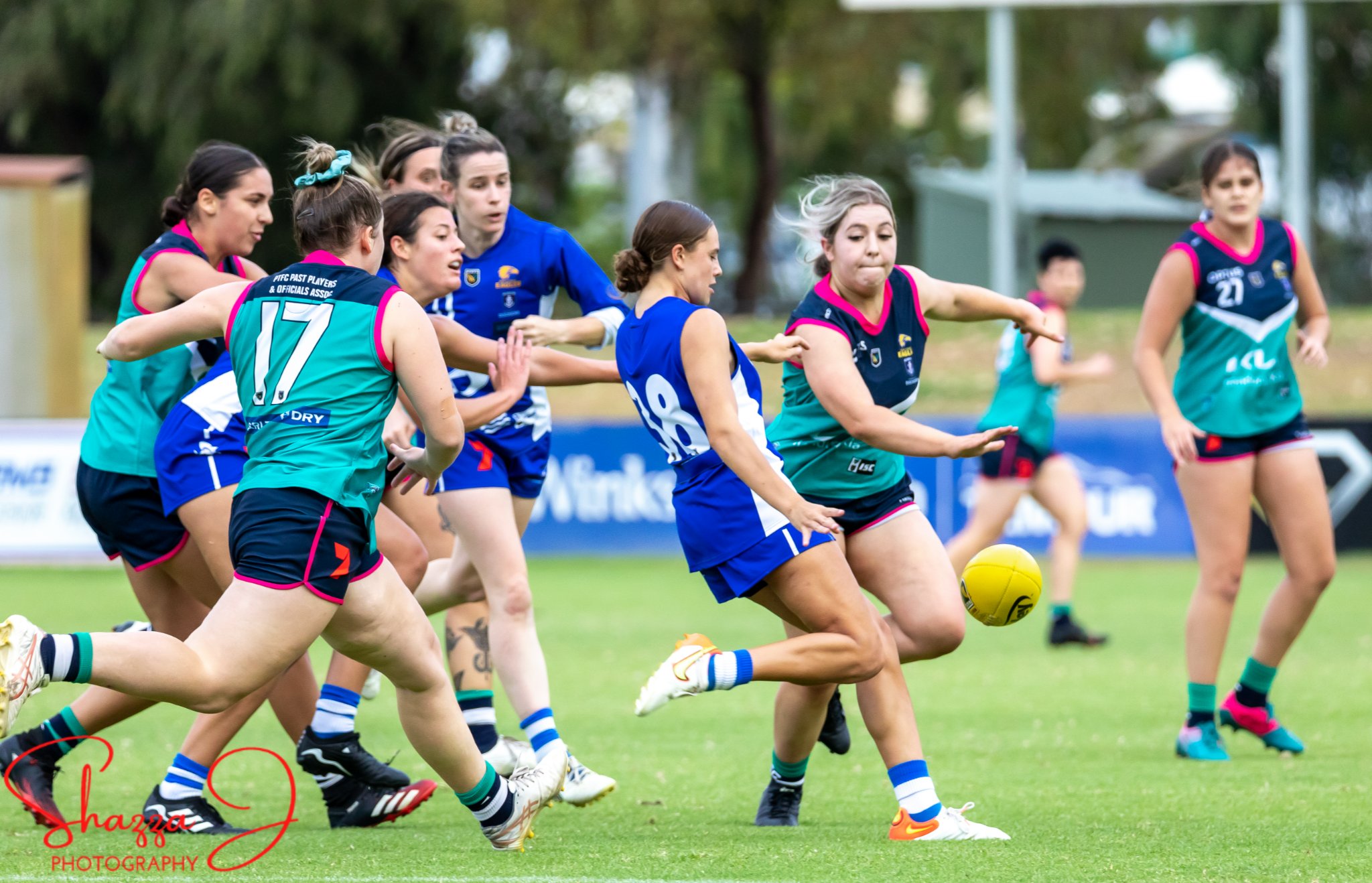 A NAME to remember for the future, 16-year-old Zippy Fish has enjoyed a strong debut season at West Australian Football League (WAFL) Women’s level in 2022. The East Fremantle talent stood out as a running winger, after playing forward early in the year. Ineligible to be drafted until the bumper AFL Women’s Draft that will be 2024, Fish earned Most Valuable Player (MVP) honours last season in her Under 17s carnival, despite only having turned 15.

In 2022, Fish immediately added a spark to the Sharks, and has been one of a number of reasons why East Fremantle has remained undefeated this year. Fish possesses outstanding skills as well as athletic traits that catch the eye, making her one of the most promising prospects to come out of Western Australia. Though the Sandgropers stuck with just top and bottom-age prospects at the AFLW Under 18 Championships this year, expect Fish to be a monty next year.

For 2023 and beyond, it is more about gaining consistency for Fish, who has all the tools to become a really impressive player. If she can bring her best each week and impact consistently across four quarters, then watch out because her burst from a contest, foot skills and decision making, enable her to do a lot of damage in transition for the Sharks. She was put under the microscope this week for her semi-finals performance for East Fremantle against Claremont, to help the Sharks book a grand final spot.

Zippy Fish started the game strongly, with a really busy opening term. For a while she was leading all-comers with her involvements, which included a kick off the deck going forward and a last touch kick down the line free kick that gained territory. She took a good mark in the middle at the four-minute mark and was able to hit a target on the wing, and continued to spread well with another great mark and a pinpoint pass on that 45-degree angle to hit up a teammate at the top of 50. Fish took another good intercept mark at the five-minute mark and went backwards with the kick given all the forward options were taken.

Though the second half of the first quarter was a little quieter, she still laid a good tackle on an opponent at half-forward, and then a clean pickup in defence midway through the term, able to hit a target. She finished off the quarter with a neat tap along the boundary to keep the ball in the back pocket, then laid a tackle to force a throw-in when an opponent grabbed it.

Her second term was not quite as productive as her first, going up for a mark early but was bumped off it. In the final few minutes of the quarter, Fish laid a good tackle on an opponent, cleanly picked it up shortly after and was able to kick inside 50. She took a good mark on the wing to kick to half-forward, then had the last kick of the second term from half-back to the wing, gathering cleanly.

Fish was quick to get her hands on the pill in the third term, with a clean pickup in the middle, sidestep and kick to the top of 50 just 30 seconds into the term. At the two-minute mark she had to rush a kick off the let going inside 50 which was uncharacteristic and a direct turnover. Though not winning a lot of it in the third term, Fish had a good thumping kick out of the middle going inside 50 in the 16th minute to pile the pressure on the Claremont defence.

Fish’s final term started with another clean pickup under pressure three minutes into the quarter, quickly giving off an effectively handball. She produced a great run-down tackle on the wing, unlucky not to win a free kick for it not long after. Later in the term, she won a big one-on-one contest and then kicked forward to run onto it with a one-against-two but pushed her opponent close to the line and gave away a free kick. Fish finished the match by winning a ball cleanly and kicking well to half-forward.

Zippy Fish has a lot of exciting traits for the future. Her skills are terrific, she is strong overhead, competes well and has only had the one season at WAFLW level. Now set to play in her first senior grand final, Fish is one who can be a gamebreaker, and when she develops greater consistency, can be an incredibly damaging player from siren to siren.