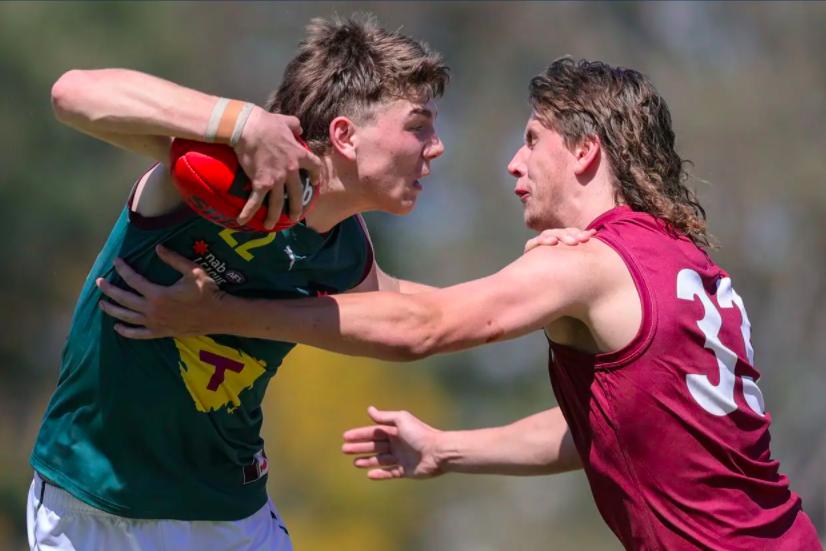 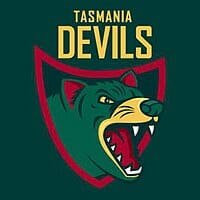 SNAPSHOT: "A strong tall defender who is as impressive in the air as he is at ground level, and is more than capable of nullifying an opponent on any given day."

Baker Smith is a Tasmanian defender who is capable of going forward on occasions, and is the leading tall prospect on the Apple Isle. Whilst still considered a rookie talent due to some areas to iron out, Smith could be a player who, with the right development, is able to come along at a rapid pace. From a defensive standpoint, Smith has plenty to like, with his aerial ability, as well as his second efforts and hard ball wins eye-catching. If he adds more strength to his frame and is able to reduce his liability by foot, Smith is a player with potential.

Smith can be viewed as an AFL Draft prospect, from both a defensive or off-ball standpoint, as well as a offensive on-ball standpoint. The former is much more Smith's go, with the Clarence defender very good in both the air and at ground level, with his recovery work impressive. Whilst often undersized against senior opponents, Smith usually makes the right call when to mark and when to go for the spoil. He times his spoils really cleanly, and that is perhaps the first thing you notice with Smith when viewing him for the first time, as he is able to time his runs behind his opponent to cleanly spoil, or bring the ball to ground without giving away a free kick.

The 194cm, 81kg defender is still building size, but has put on about 10kg since his bottom-age year to address the fact he is more lightly framed than many other key position players. Against more experienced and stronger bodies, it might put Smith behind the eight-ball, but he has the defensive smarts to win it in the air or at ground level. Noticeably, his second and third efforts, and one-percenters which might often go unnoticed, are what makes him a valuable team player. He is able to win the ball in the air or at the contest, and rebound well, finding the ball fairly consistently, though can have hot and cold games like anyone.

Though his strength is an area that can be built on, the immediate deficiency to address is his kicking. Smith can hit the short kicks under no pressure, but when on the move or kicking out from the back 50, Smith tends to either put it to space for teammates to run onto, or dump it down the line to a contest, which could see the ball spiralling back into the defensive 50. While his defensive smarts at the contest allow him to win the ball and know when to clear it from danger, there are times where his ball use by foot could be more damaging and pinpoint as it lets him down at times. If he can continue to work on that, particularly when under little pressure but having to move it on quickly, then it will help him progress even further.

Baker Smith is more of a rookie prospect at this stage, though it would not be an entirely surprising feat to find a club take a chance late in the AFL National Draft. His kicking does need work, and he does need to add more kilograms to his frame, but his off-ball work and defensive accountability when in marking contests will attract his fair share of suitors. He has the ability to win the ball in multiple ways, and could grow into his role at half-back, potentially playing more of a lockdown key defender role to suit those strengths one-on-one. 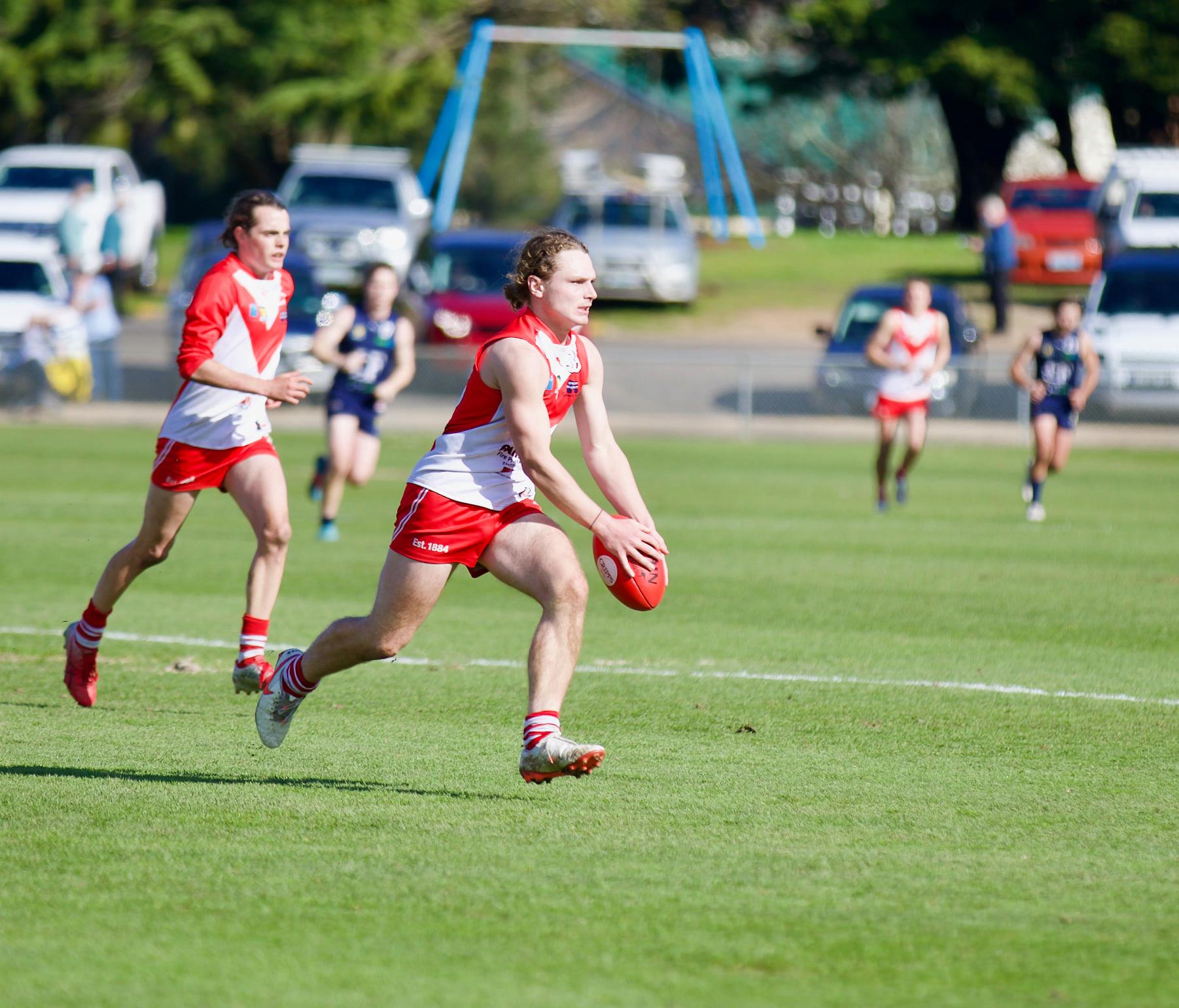 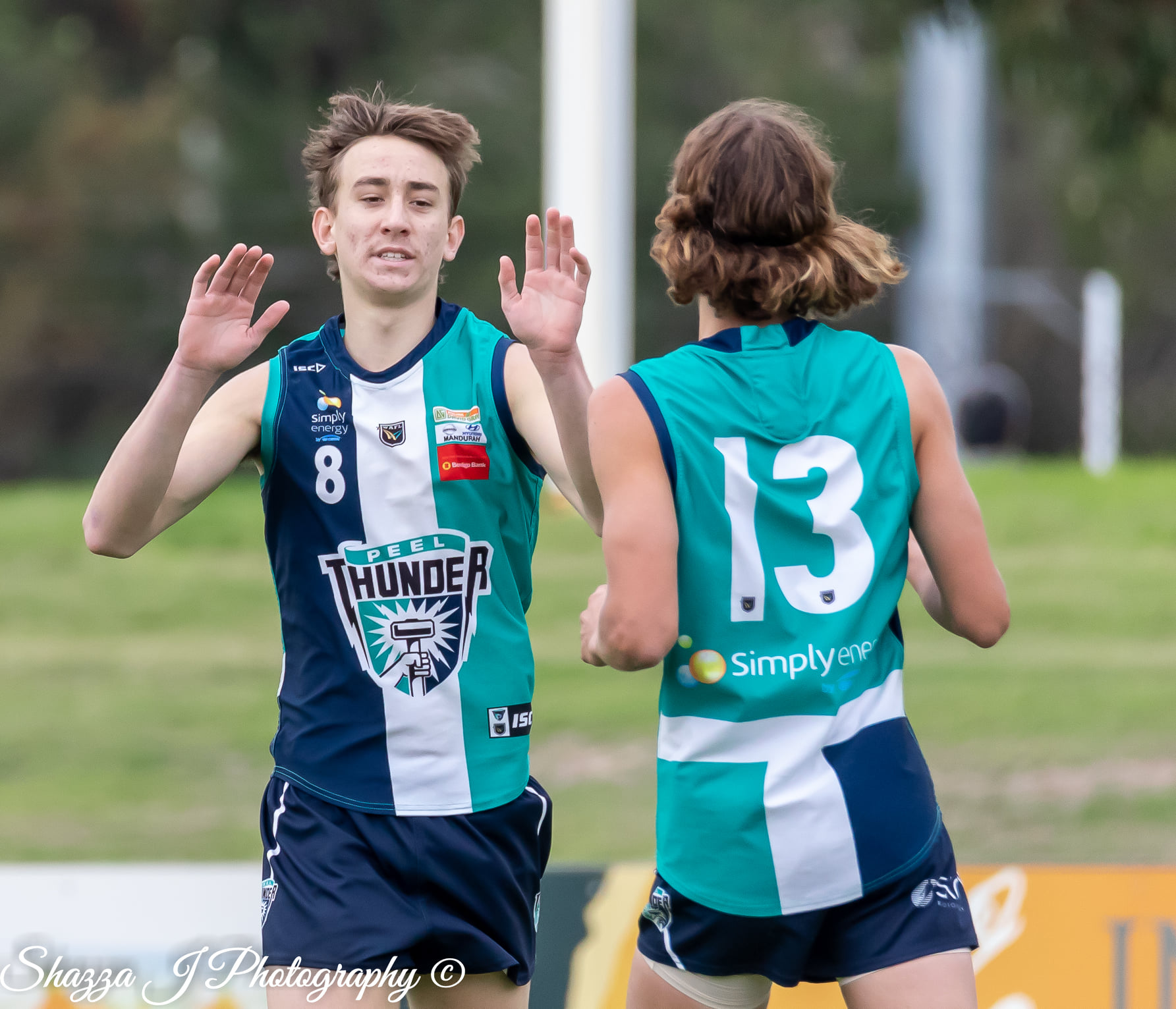 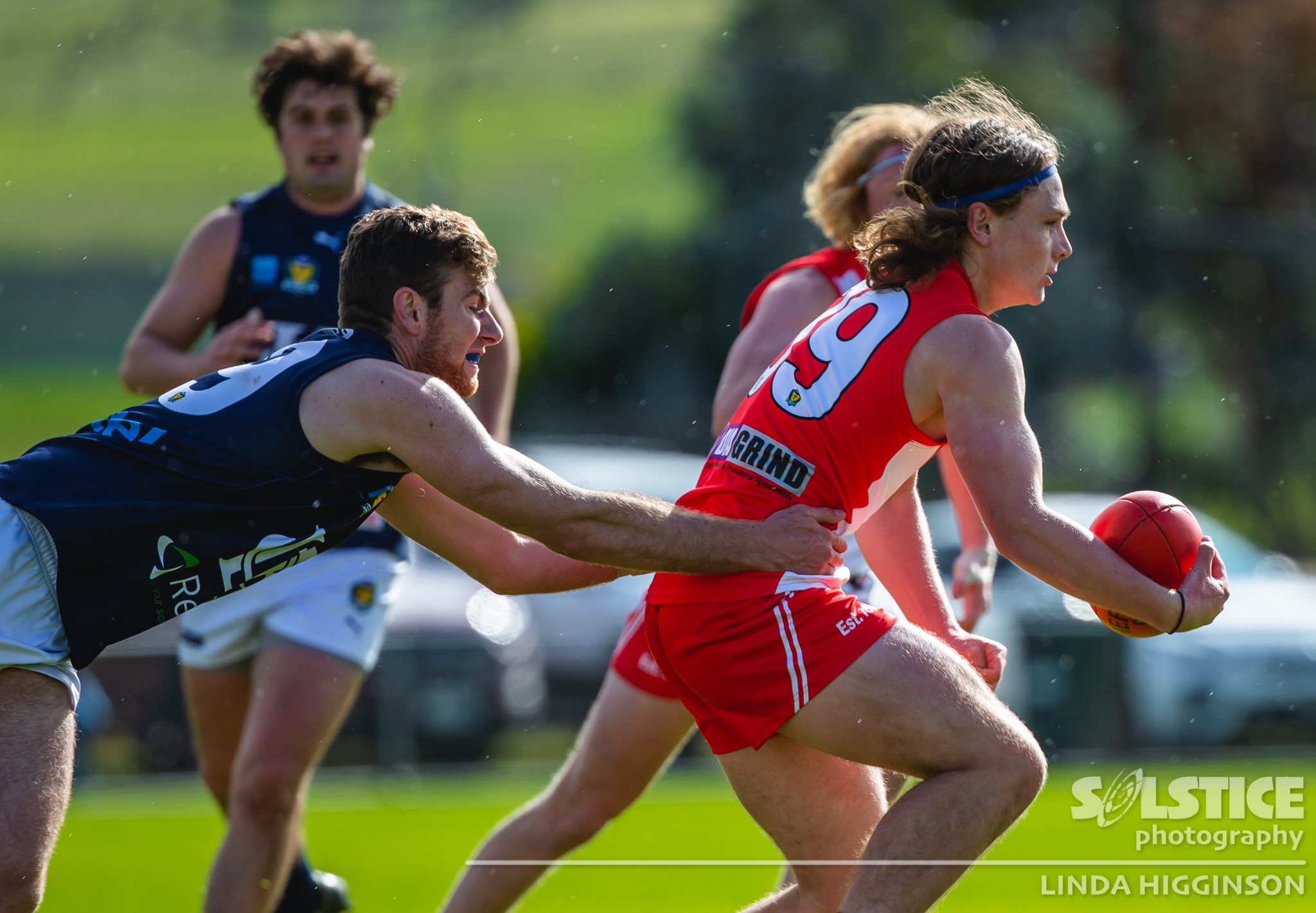