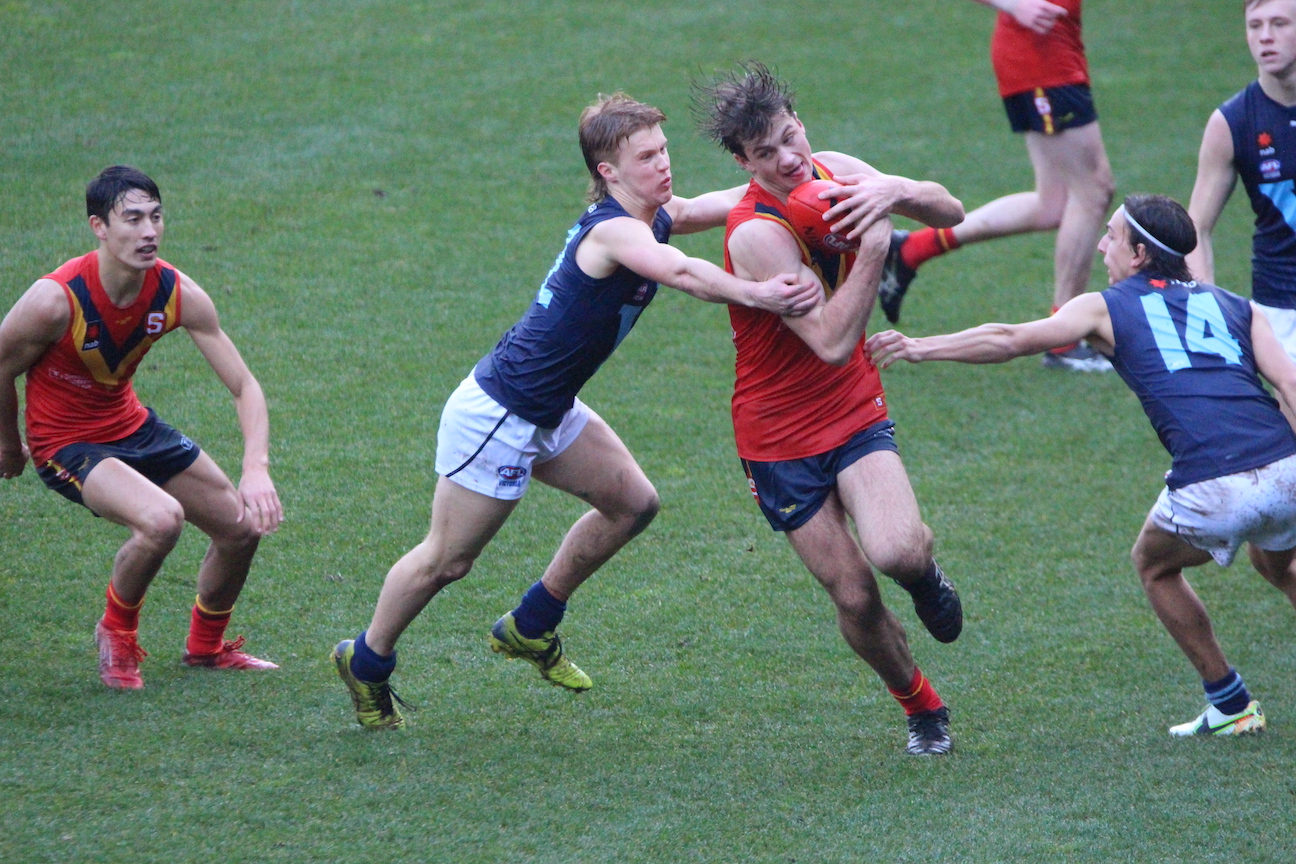 SNAPSHOT: “A physically developed ruckman who uses his athleticism to have an impact at the contest and around the ground.”

Harry Barnett has put forward his case to be the number one rated ruck prospect in this year’s draft class. He enjoyed a dominant stretch through April-May in the SANFL Under 18 competition, where he averaged 24 disposals and 28 hitouts, earning a call-up to West Adelaide’s League side. The 18-year-old managed 25 hitouts on debut, and earned his first win at senior level in Round 17 against South Adelaide.

Measuring in at over 200cm with a handy leap, Barnett can get up and over the opposing ruckman with relative ease and his strong build makes him difficult to move at stoppages around the ground. His contested marking makes him a valuable commodity in both attack and defence, and although at times unpredictable, he has flashed some ability when wheeling onto his right boot and distributing the ball by foot.

A great character off the field, Barnett appears to have the talent and personality that would fit into an AFL environment, should he be given the opportunity.

Likely to be the first ruckman off the board in this year's draft, Barnett ticks a lot of the boxes for a modern day AFL ruckman. Standing 202cm and already quite physically developed, Barnett uses his size and strength to dominate the ruck contest. His vertical leap proves his scope to be a capable tap ruckman and his athleticism allows him to be a clearance threat when the ball is there to be won. It's not uncommon to see Barnett first to the loose ball at stoppage, side-stepping away from defenders and kicking long inside forward 50.

His impact on the game is not isolated to his ruck and stoppage work. Barnett is equally capable around the ground, again drawing on his athleticism to find open space as a marking option and link-up player. He shows good timing and clean hands, which makes contested marking one of his greatest strengths. It's his ability to read the play, particularly when stationed behind the ball, that suggests there could potentially be a role for him in defence at the next level, though ruck seems to be his most likely position.

Barnett has had some really special moments by foot, showing an uncanny ability to turn onto his right foot and deliver a low ball to find a teammate. That quality of ball use is not often seen in prospects of his size and if he can find some consistency with that level of disposal, it would add a pretty special string to the ruckman's bow.

Finishing with four goals to his name from 12 games in the SANFL U18 competition was more a reflection of his role as the primary ruck, rather than his ability as a forward. However, if Barnett can further develop his forward craft, he can become even more impactful.

Although already quite physically well-developed, he'll likely need a pre-season or two to refine his body and adjust to the nuances of the AFL game. There's still a rawness to Barnett that suggests there's some untapped potential in him, with the South Australian possibly offering some good value from the second round, onwards.

Barnett presents a great option for a team looking to add to its ruck stocks. His ruck and stoppage craft, contested marking and work around the ground tick a lot of the boxes required from an AFL ruck. Finding some consistency with his kicking would take his game to another level and maximise his ability to impact the game in a number of different ways. Barnett looks a likely selection on draft night, with the South Australian a chance to be selected some time after the first round. 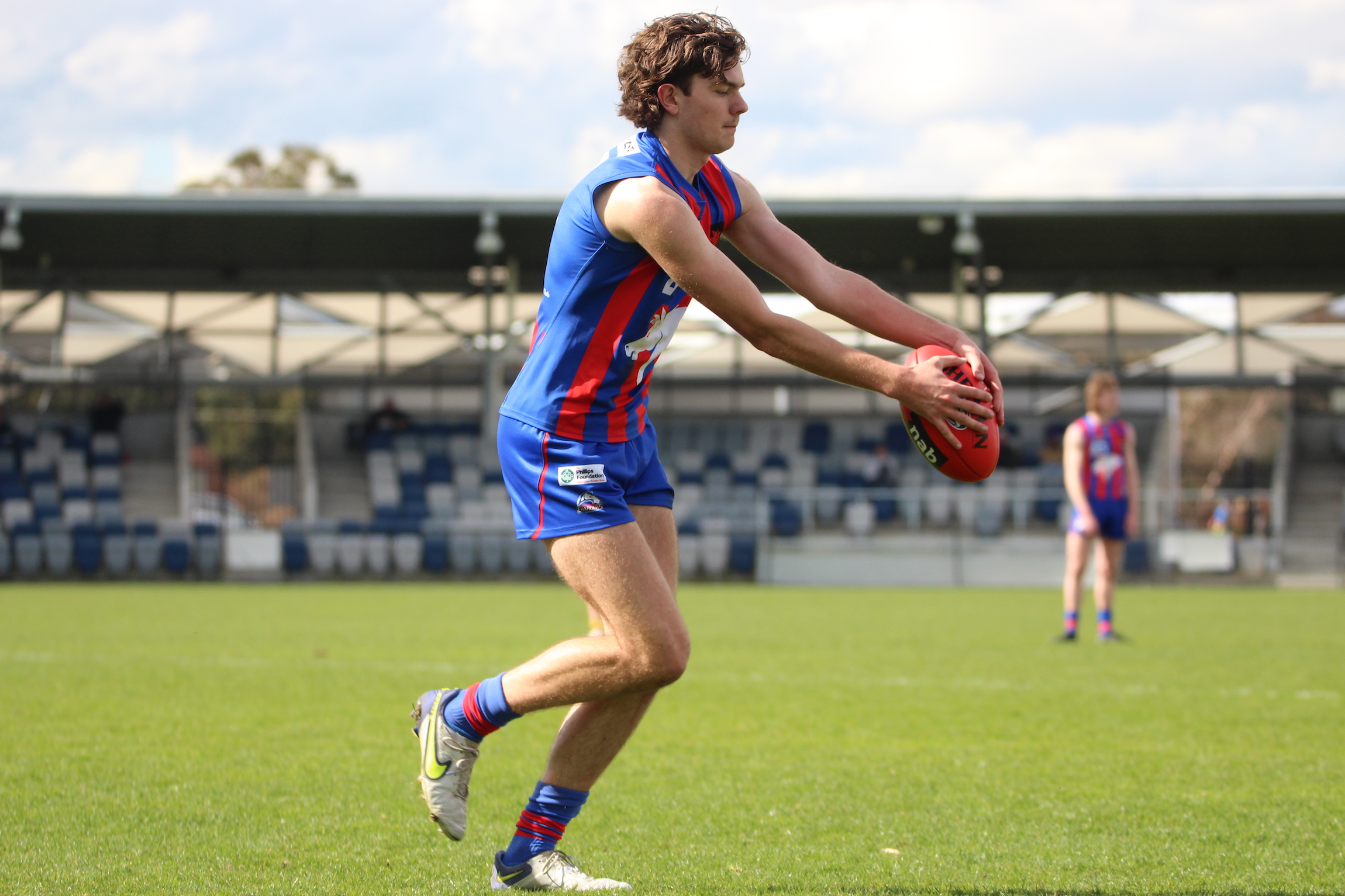