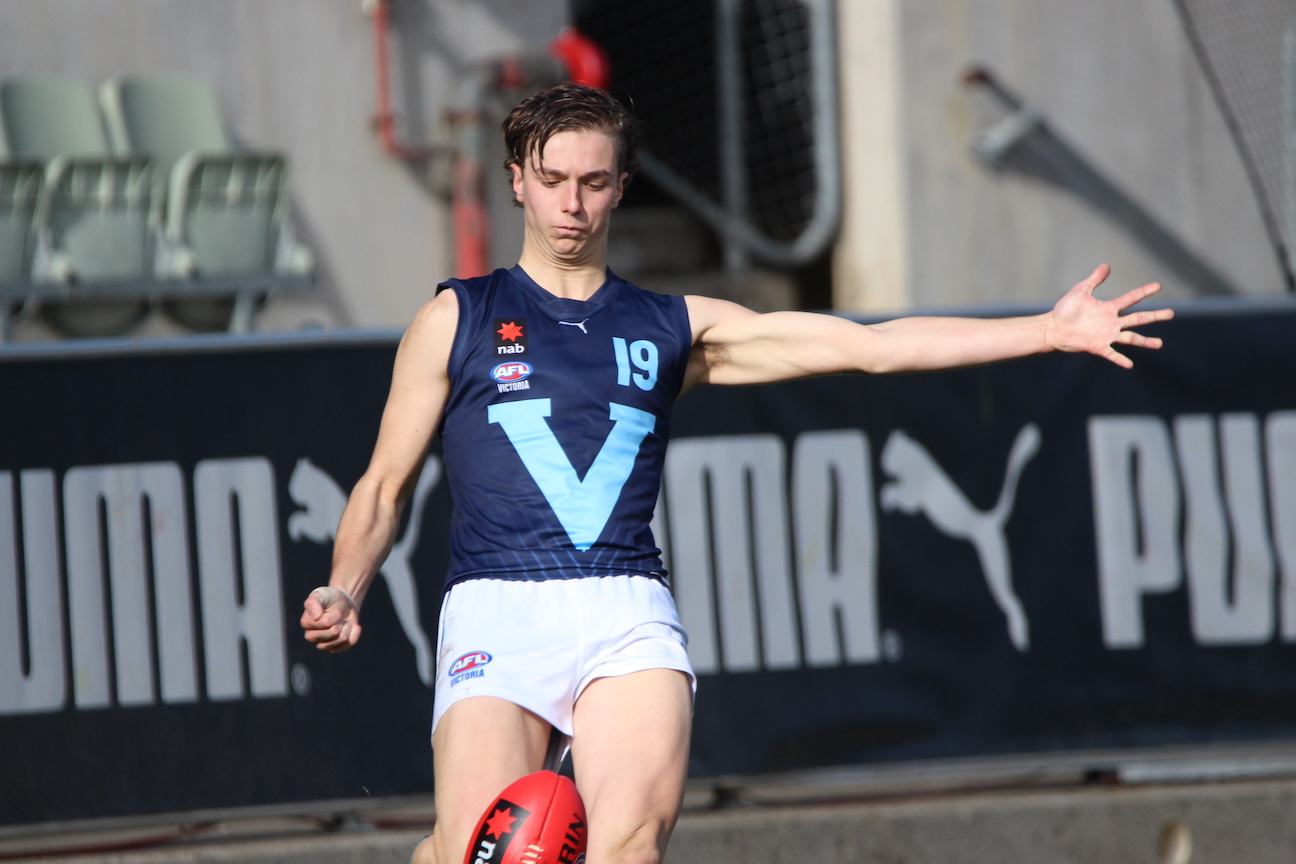 Jakob Anderson had a season of mixed emotions, particularly at the end of the year, as the Sandringham Dragons and Vic Metro defender produced a consistent output on the field. Unfortunately for Anderson, injury struck and he missed both the preliminary final and grand final, which meant he watched on as his Dragons teammates celebrated the NAB League flag.

In his final match against the Cannons, Anderson picked up 19 disposals, took five marks and had four rebounds in arguably his best game of the season. Though he missed out on that success, Anderson returned in time to pull on the 'Big V' against Vic Country in the decider at Marvel Stadium, and managed to quell the dangerous Bailey Humphrey in the second half of that match.

A strong aerial player and consistent rebounder, Anderson stands at that medium size of 187cm and 81kg, despite having some tough gigs on taller opponents at times. His clean hands and reliability stands out, and though there are flashier players, Anderson is one who gets the job done, week in, week out. One whose stocks may have been boosted by his championships performances where he averaged around 12 disposals and five marks.