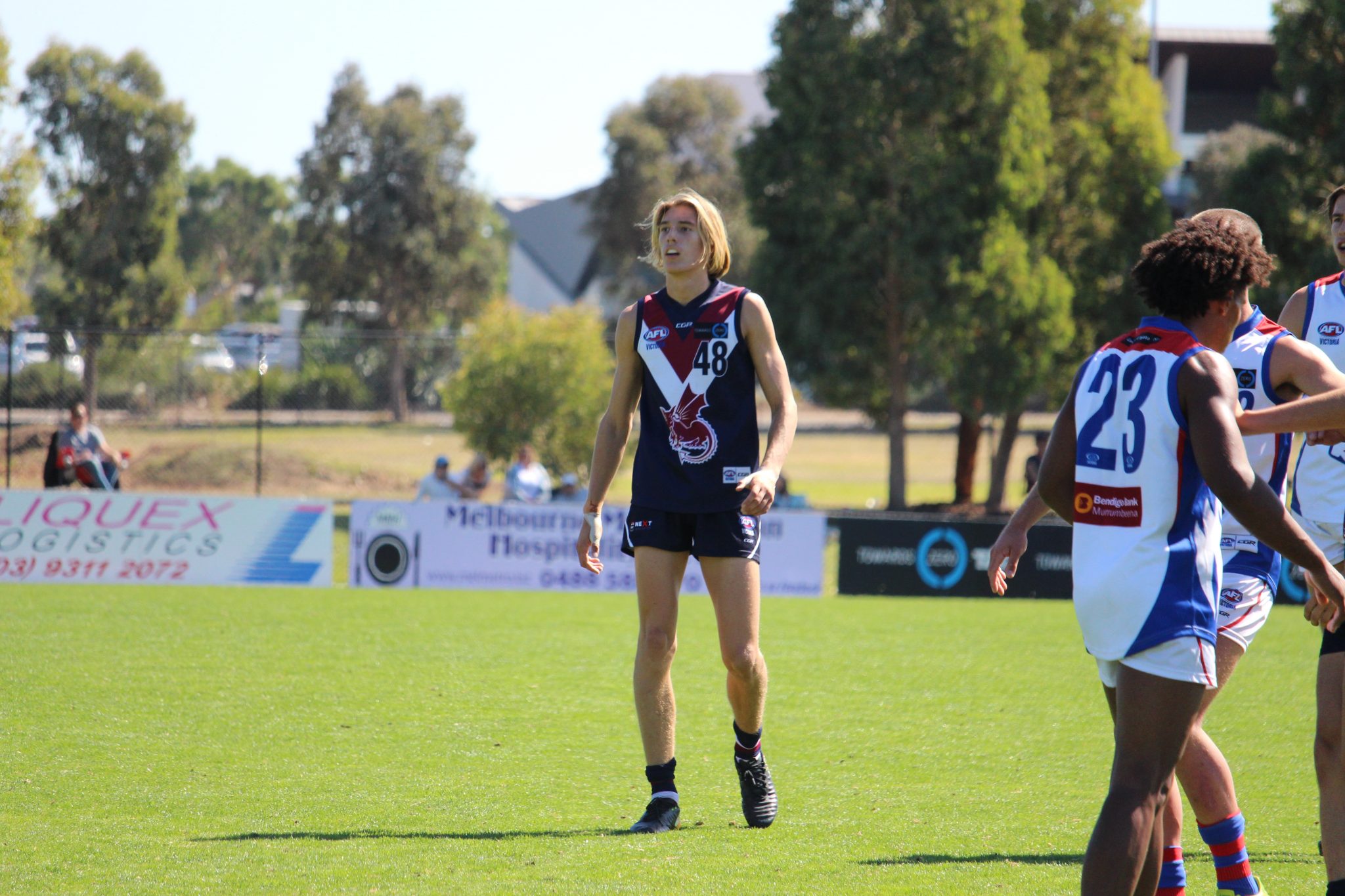 DRAFT ANALYSIS: “Worrell is the archetypical modern footballer; well skilled, and able to impact up either end both in the air and at ground level.”

LIKE many of his Sandringham Dragons teammates, Josh Worrell is a player who has rocketed up draft boards on the back of his enormous upside. After establishing himself as a high-end intercept defender early in the year for Sandringham and later with Haileybury, Worrell made a star-turn to become Vic Metro’s surprise leading goalkicker with seven goals across the four games – including a bag of four against Western Australia and three against South Australia. At 195cm, Worrell is the new-wave defensive type who kicks like a small but marks like a tall, giving him that dual-pronged threat across half-back and making him a recruiter’s dream. His season was unfortunately cut short after the national carnival as he underwent a shoulder reconstruction, preventing him from improving on some of his pre-season scores at the National Combine. Still, recruiters will be well aware of his scope for improvement, with his steep adaptation on the big stage and eye-catching style making him a first-round lock.

Despite his feats forward of centre, Worrell's best traits more-so suit his primary centre half-back role. The Sandringham product is terrific in the air, boding well for that intercept game. His knack of drifting across and clunking strong overhead marks is often the highlight of each game, with Worrell's reading of the play truly high-level. That then brings his second prong into play, with Worrell's kicking right up there with his marking ability. While his kicking efficiency of 68.4 per cent is by no means elite and does not show Worrell's true impact by foot, Worrell's rebounding quality is credit to his decision making across the back half, while also being able to provide that all-important penetration into the forward half. Speaking of forward impact, Worrell had just that during the National Combine as he completed a surprising move up the other end. While his disposal hauls were significantly lower, Worrell's return of seven goals helped boost his stocks greatly as he continued to show off that marking prowess in a different role. Versatility for players of that in-between size is key to their success, and is something Worrell was shown to have - also being able to move up to a wing.

Worrell's areas for improvement come mostly in being able to showcase those high-end qualities more often. Worrell seldom wins massive amount of ball, instead having more impactful touches going both ways. His average of 15 disposals across three NAB League games and just 10.8 for Vic Metro shows that, and for every four-goal game in him, Worrell also has a sub-10 disposal one in him. Finding more of the ball will be a touch easier at the next level given the way AFL sides tend to either slingshot or keep possession, with Worrell's reading of the play putting him in the right areas to have an impact. Still, it would be great to see his damaging side shown at a greater rate. The other thing to work on for Worrell will be building that endurance and durability post-injury. Spending such time on the sidelines does not do wonders for any player's match fitness, but it will be a particular area of concern for Worrell given his pre-season yo-yo score of 20.3. That level of fitness should come during rehab and at the elite level, and will propel Worrell into the next tier. 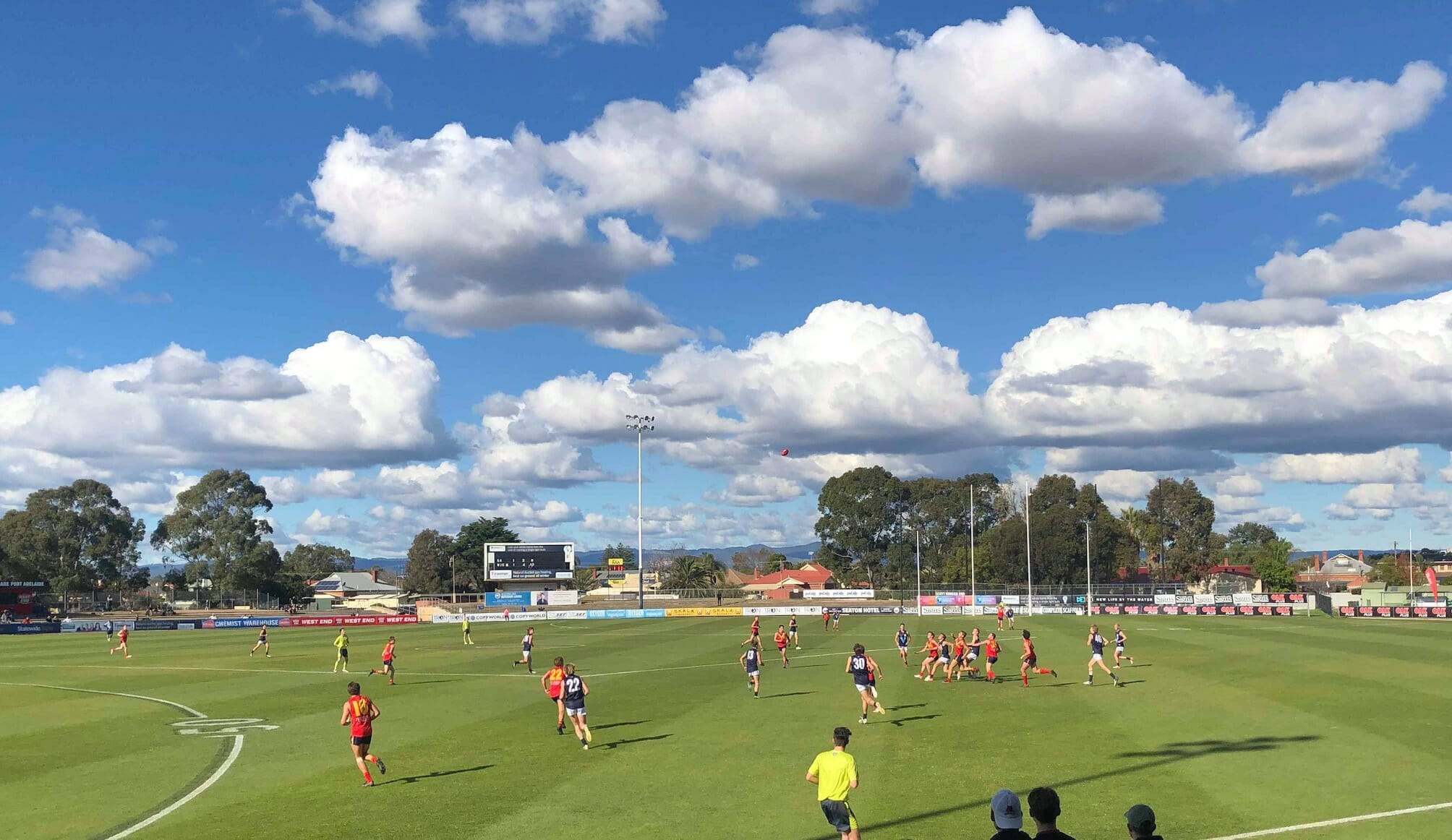 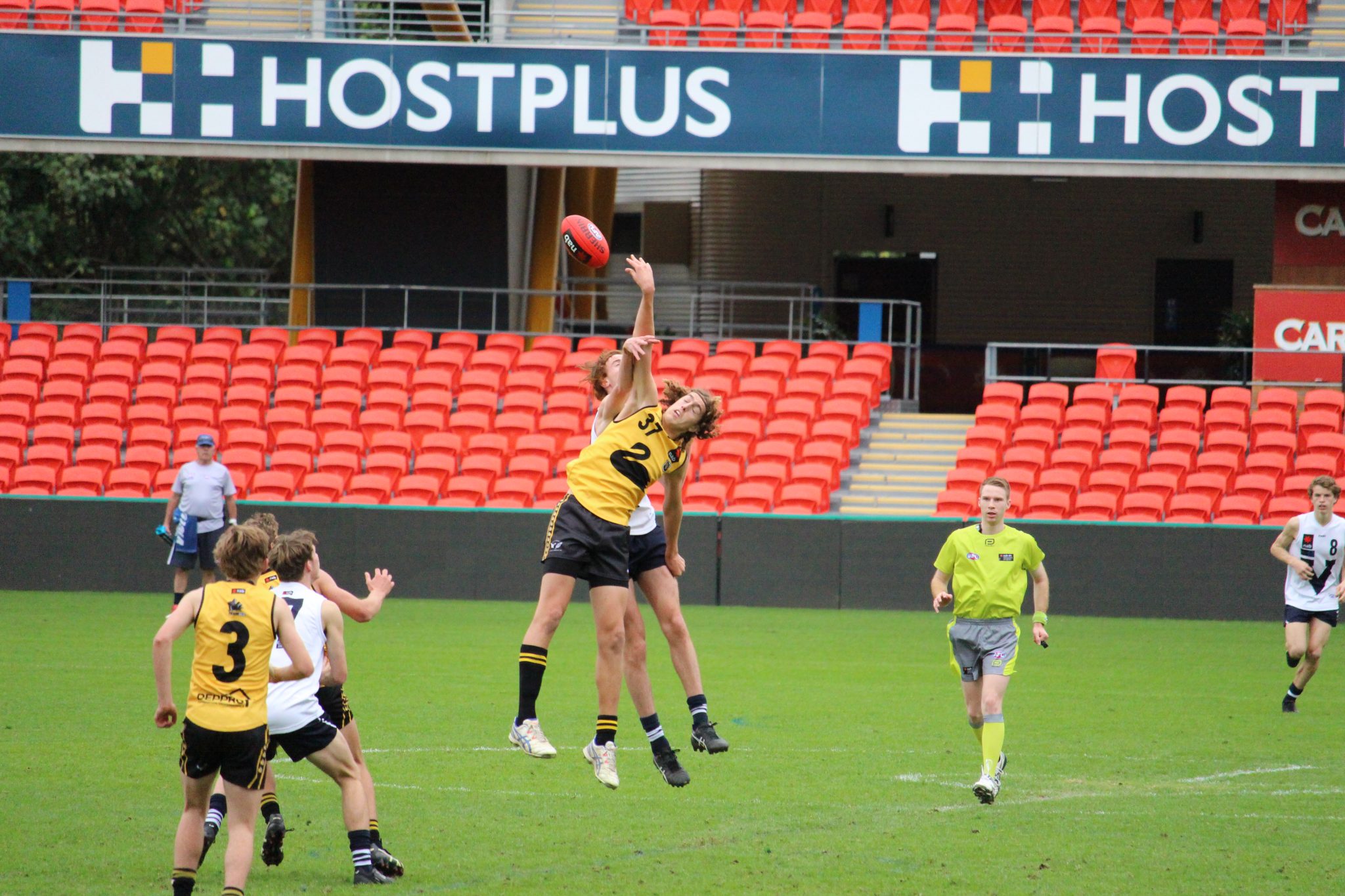 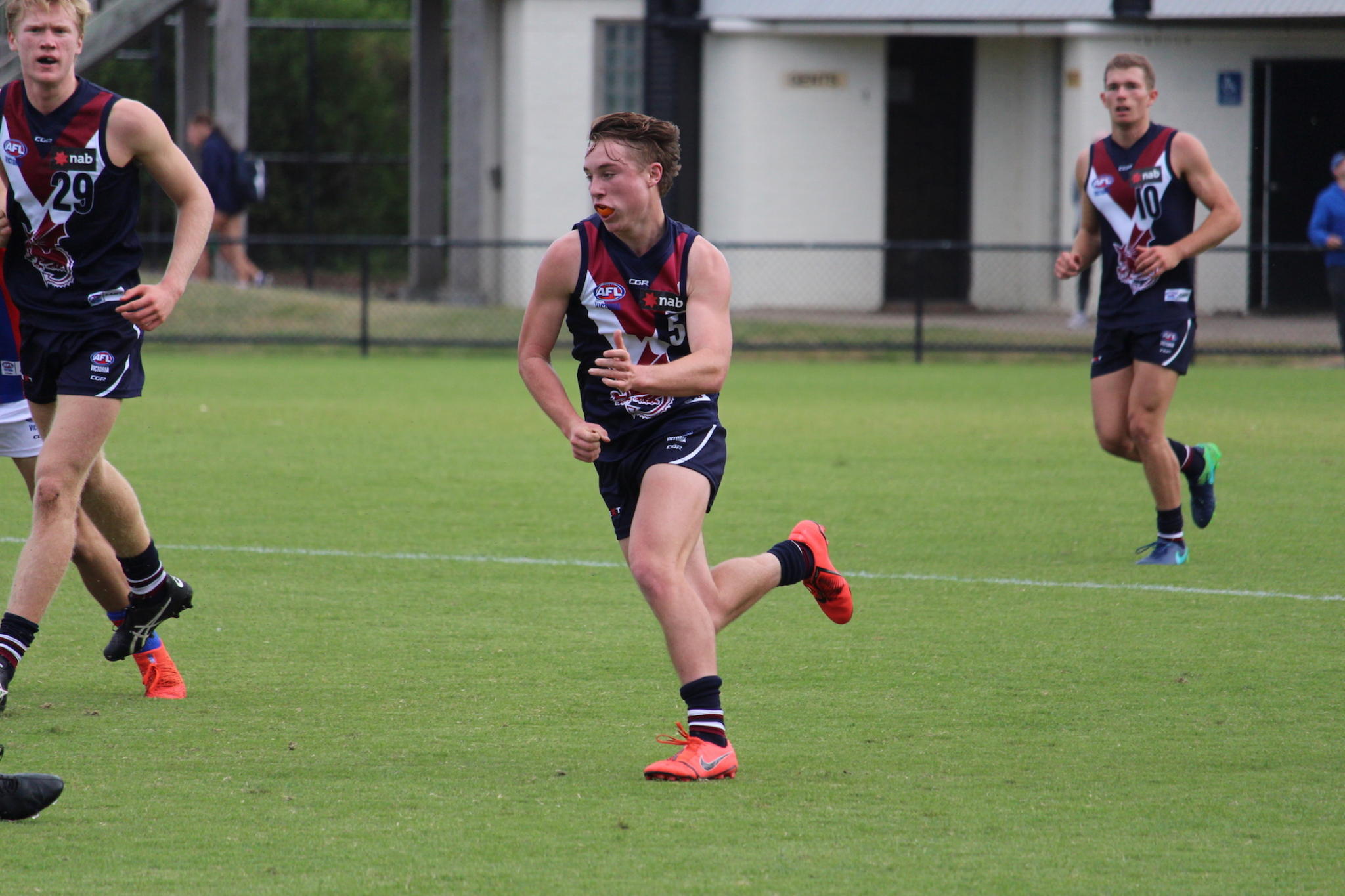 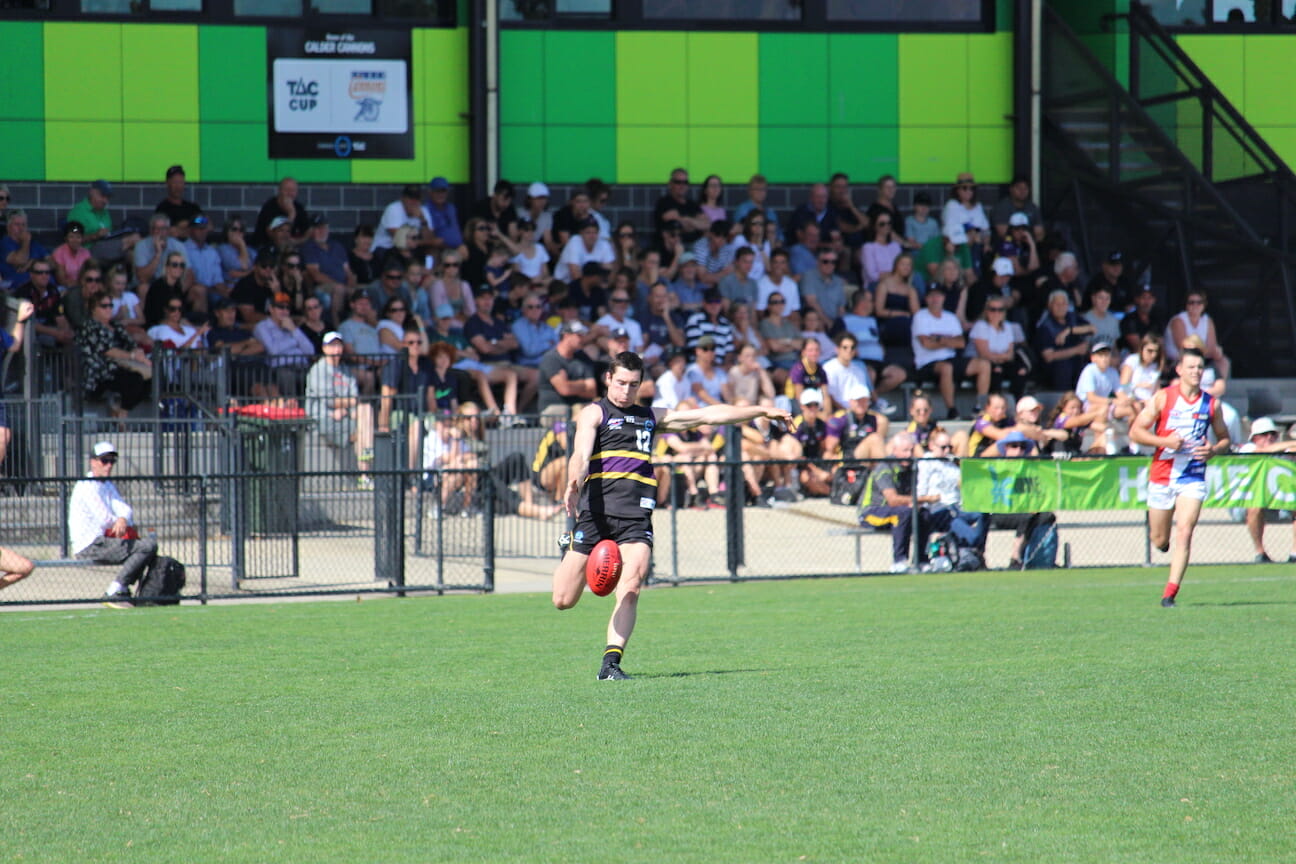 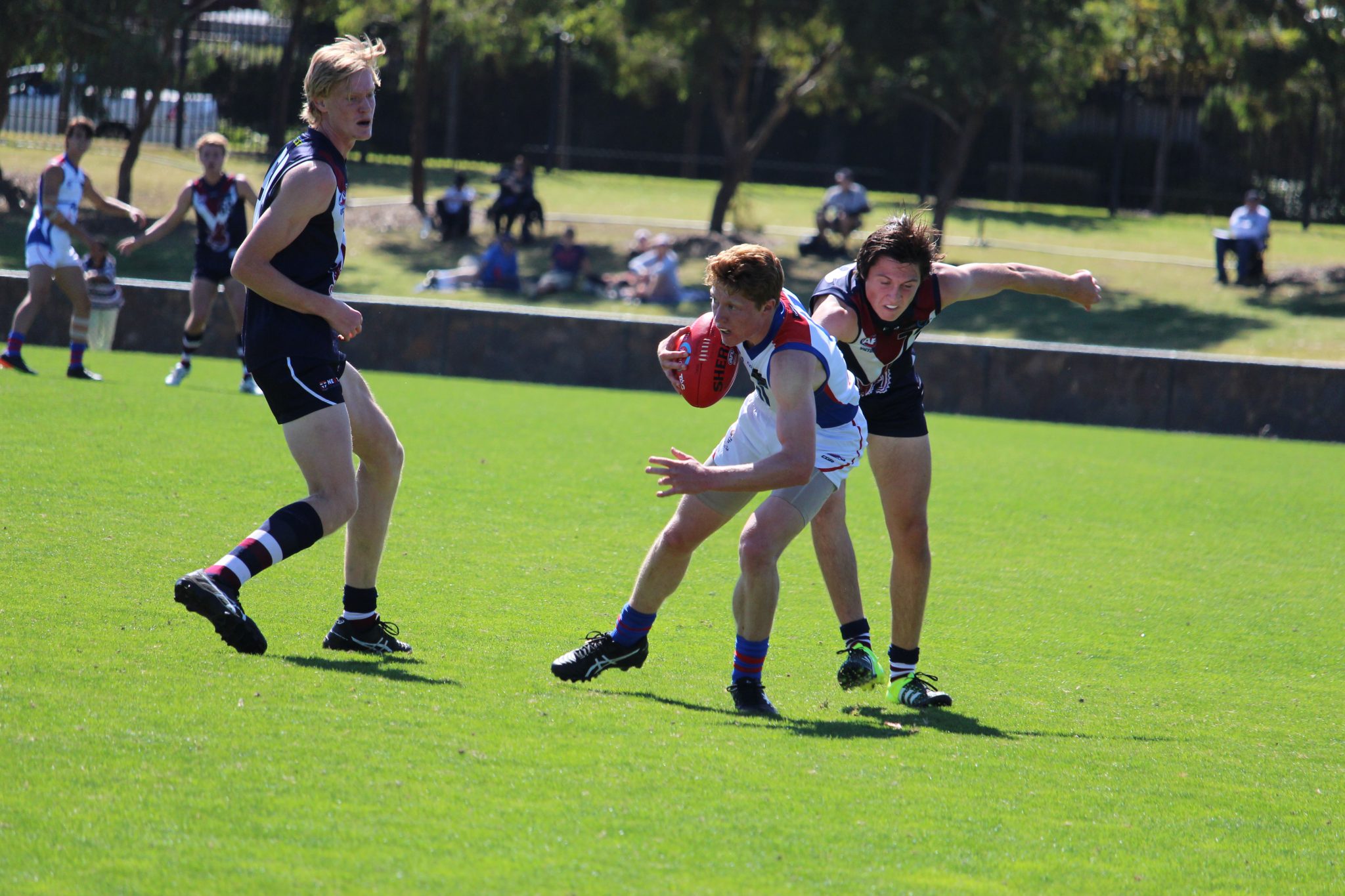 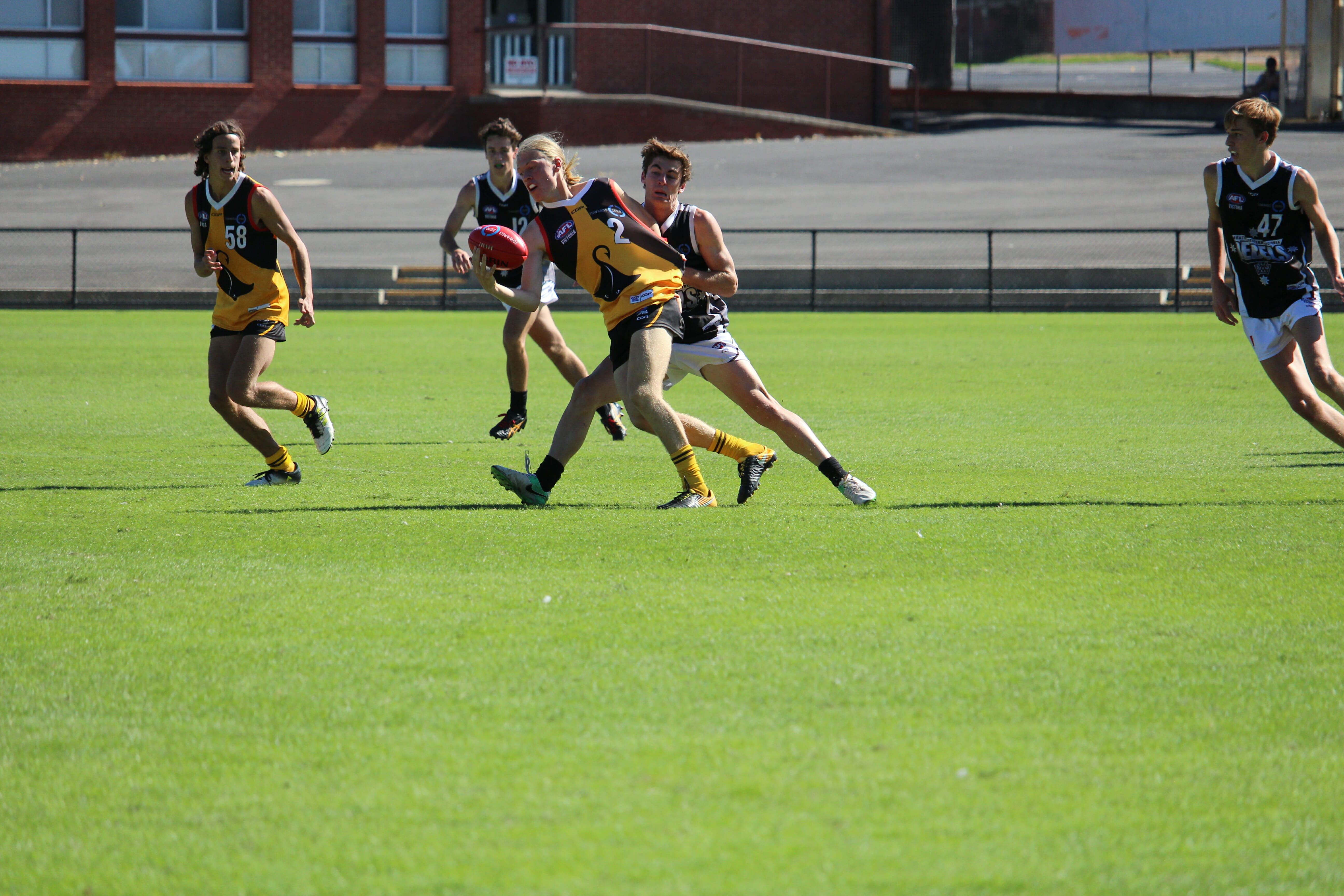 Dragons dominate Under 17 All Stars squads