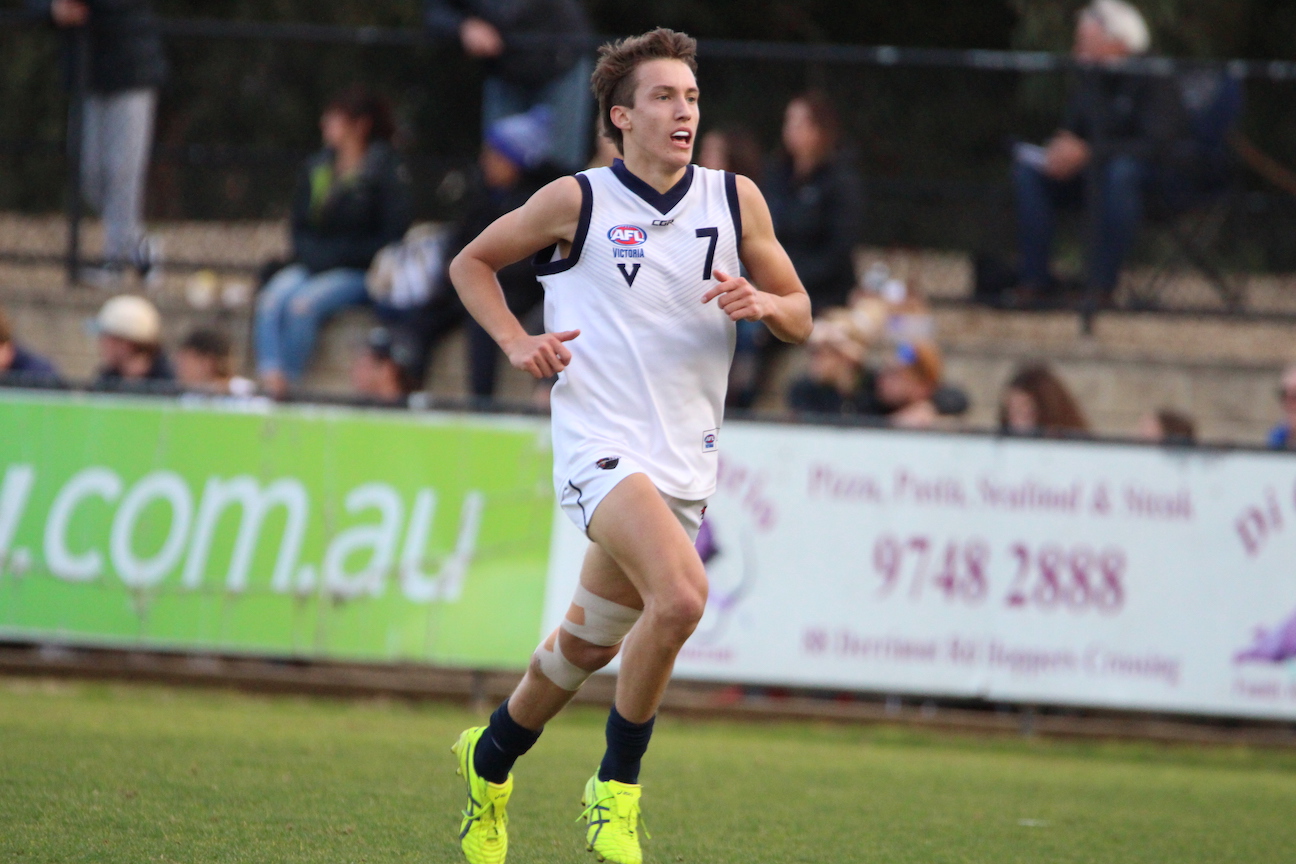 SNAPSHOT: “One of the quickest players in the draft pool, Clarke is hard to catch once he gets going, and his surge style of play and nous around goal make him a desirable player for the modern game.”

Clubs like Richmond and Melbourne have had recent success in the AFL with their surge tactics and once they form in full motion, they are hard to stop. Not many players in this draft pool showcase the surge style like Judson Clarke, who knows one way - and that is to attack at all costs. Clarke spent most of his time playing NAB League with Dandenong Stingrays and AGSV football with school Yarra Valley Grammar, excelling in both competitions as a dangerous forward who could also roll through the midfield. Clarke shows some comparisons to Carlton’s Zac Fisher as an elusive left-footer and looks set to be taken in a similar draft range to Fisher, who went at pick 27 in 2016.

Clarke played all three games for Vic Country back in 2019’s Under 16 championships, headlined by a three-goal game against carnival winners, Vic Metro which showed he was a player to keep an eye on. Unfortunately, he would suffer a serious knee injury afterwards and with no games to play in 2020, Clarke didn't have the most ideal preparation coming into 2021. Nonetheless, his form this year was stellar, averaging almost 18 disposals in five NAB League games - impressive numbers for a small forward which were assisted by some stints on the wing and in midfield. His standout games included a 27-disposal and one-goal game against Eastern Ranges on a cold night in Frankston, and a five-goal game in a Vic Country vs Vic Metro trial match which put Clarke’s name in lights. In the latter outing, he showcased his ability to tear a game apart if given any sort of freedom.

If his preseason agility test time of 7.99 seconds wasn’t a dead giveaway, to say Clarke is quick is an understatement. Clarke uses it as well at every opportunity he can and will move the ball quickly, whether its carrying it under his arm and having a dash or quickly firing a handball forward to maintain momentum for his side. Clarke is certainly a metres gained style of player and if you're looking for a similar statistical output in the AFL, look no further than the likes of Fisher and Shai Bolton. Clarke plays with flair and excitement and with his speed and agility, can quickly carry the ball 100m in one play as he likes got push up the ground as a forward and work his way back down with a surge mentality.

Clarke’s balance and clean hands make for another good combination that is easy to miss. He is often able to run full tilt and then move sideways so naturally, which can catch out even the fastest players. He also rarely slips over and just refuses to lose his feet in a contest, which helps him keep involved. Clarke will very rarely fumble, taking the ball cleanly at every opportunity so if he goes for the ball and gets a clean run at it, he is collecting and escaping quicker than a hiccup. Those clean hands also feature in his marking and although he isn't a high leaping type of marker, he is clean overhead and reads the ball well in flight. Despite his light frame, he can also showcase nice bodywork. Another string to Clarke's bow is his finishing around goal, kicking well with drop punts and snaps and like many good small forwards, he knows when to pop up at the right moments to best get those scoring opportunities.

With his light frame you wouldn’t expect Clarke to have a strong contested game, but it is still an area of improvement as he will often let bigger players take first possession and wait on the outskirts. Although he can go in well when it's his turn, he could do it more often. The light frame also works against Clarke with his tackling, where he is often brushed aside despite giving good effort and pressure as a forward. Some upper body work and an improved tackling technique should certainly help round out his game as a modern small forward. A slight nitpick would also be Clarke's use of the long kick and although you can see he wants to gain as much meterage as possible, there are times when the short option is the best available, which he will overlook. Despite that, he is a smart young player and it is something that could be easily ironed out in an AFL environment.

There aren't many more exciting small forwards in the draft as Judson Clarke with his eye-catching speed and goal sense, and there wouldn’t be many other forwards who better fit the style that modern football is heading in. Clarke’s draft range will be interesting to see and if his game can translate to the elite level, he could be a top notch small forward in the AFL for the next 10 years. He could just as easily make a home on the wing or even off half-back as a rebound defender if a club saw that as an option. If Clarke was able to cause havoc in the NAB League finals and the National Championships had they not been cut short, who knows how high he could have risen. 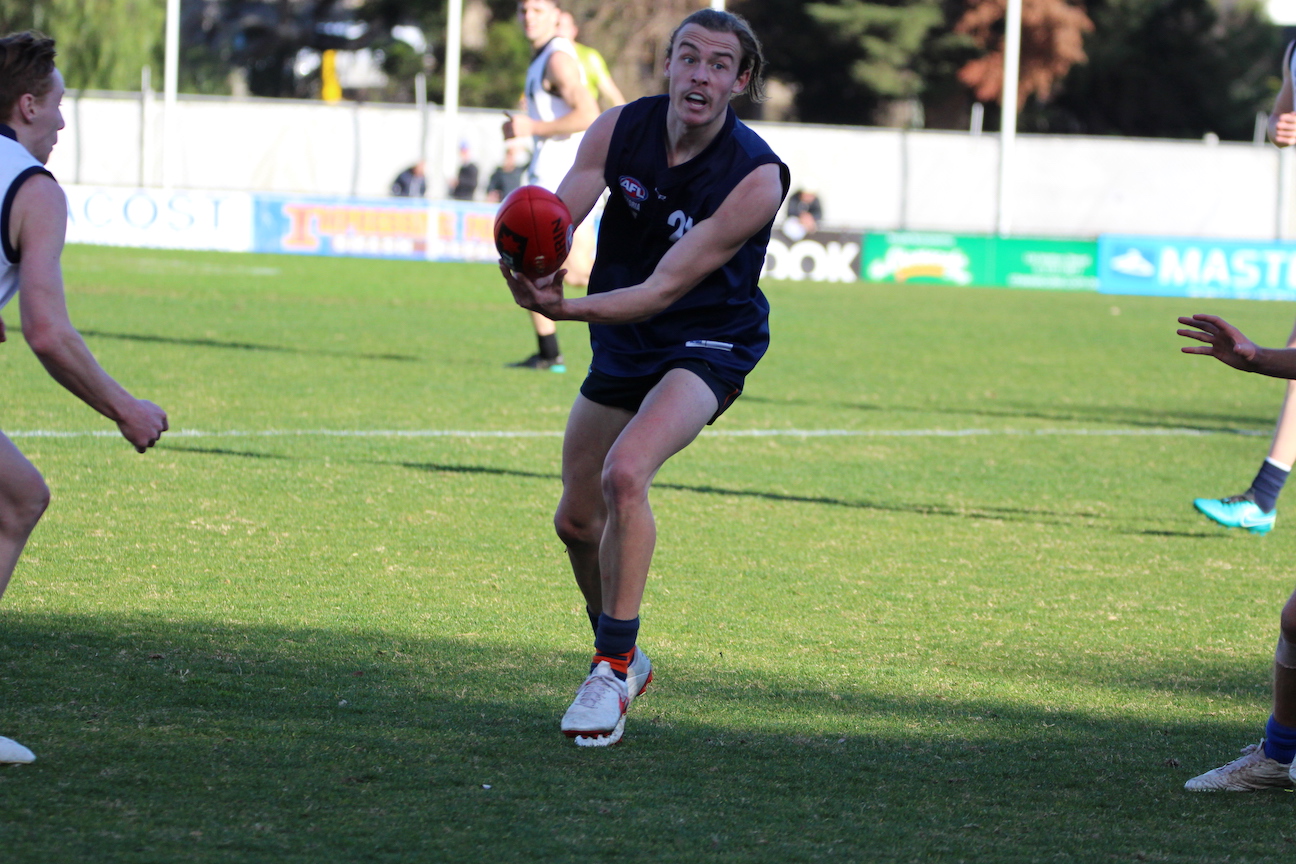