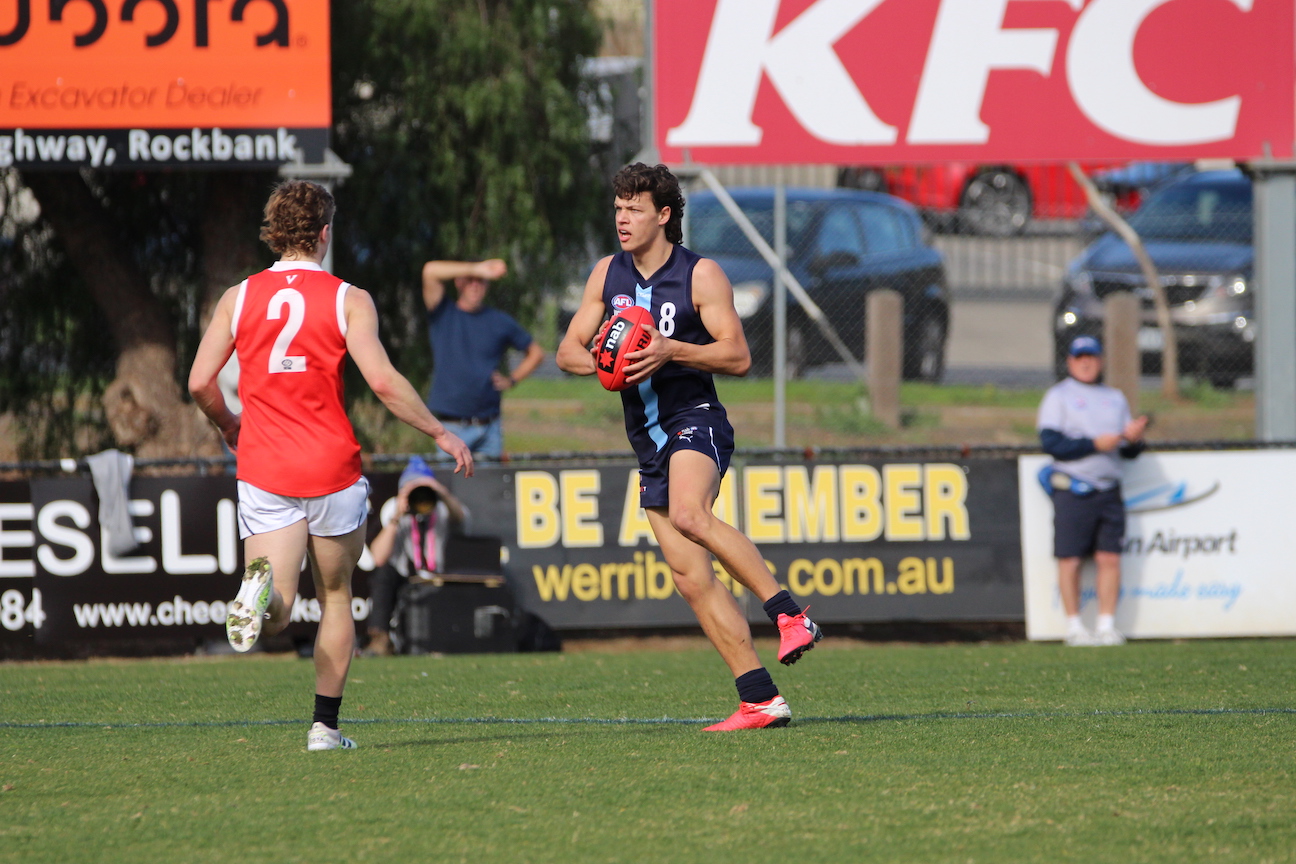 SNAPSHOT: "An explosive midfielder with clean hands and a great turn of speed who can also roll forward and hit the scoreboard."

St Kilda's top Next Generation Academy (NGA) members have supporters and list managers alike sweating this season, and Marcus Windhager is one of them. The Sandringham Dragons product proved somewhat of a surprise packet this year having undergone a knee reconstruction in 2020, showcasing a high rate of development both for the Dragons and with Haileybury College in the APS Football competition. His elite basketball background is highlighted by clean handling and a powerful turn of speed, both of which he uses at the stoppages and at either end of the ground.

Windhager is the type of player who catches the eye with exciting bursts. He is an explosive athlete, one who can power his way out of a stoppage and get to the outer in no time. His build (183cm, 82kg) makes him and apt inside player, but Windhager brings more than just brawn to the contest.

He is a prospect who will be tagged with the basketball background cliche but it comes with good reason, as those typical traits translate to the 18-year-old's game. Along with his turn of speed, Windhager is super clean by hand and mixes strength with awareness in tight spots to find outlets, not afraid to go over his shoulder or weave through tacklers.

Versatility is another key area of Windhager's game, and one which lends to his scoreboard impact. While he managed just one NAB League goal across four games this season, Windhager consistently found the big sticks for Haileybury and rotates forward effectively. He also pinch hit in defence during this year's Victorian trials, further underlining his potential across various roles.

As more of an impact player currently, Windhager can work on his accumulation factor should he look to play more permanently through midfield. While slick by hand, his kicking is another area of growth, with Windhager sometimes prone to blazing away long off one step or in a rush at the contest. Having the composure to stop, prop and sometimes go back/across will hold him in good stead.

A player whose stocks rose significantly in 2021, Windhager is likely to land at the Saints following an NGA bid around the second round. His powerful athletic profile, stoppage nous, and ability to roll forward are among his appealing traits which point towards top 30 contention, and he should prove relatively safe from the all-important 20-mark. The bidding system may see him slide, but his upside is undeniable. 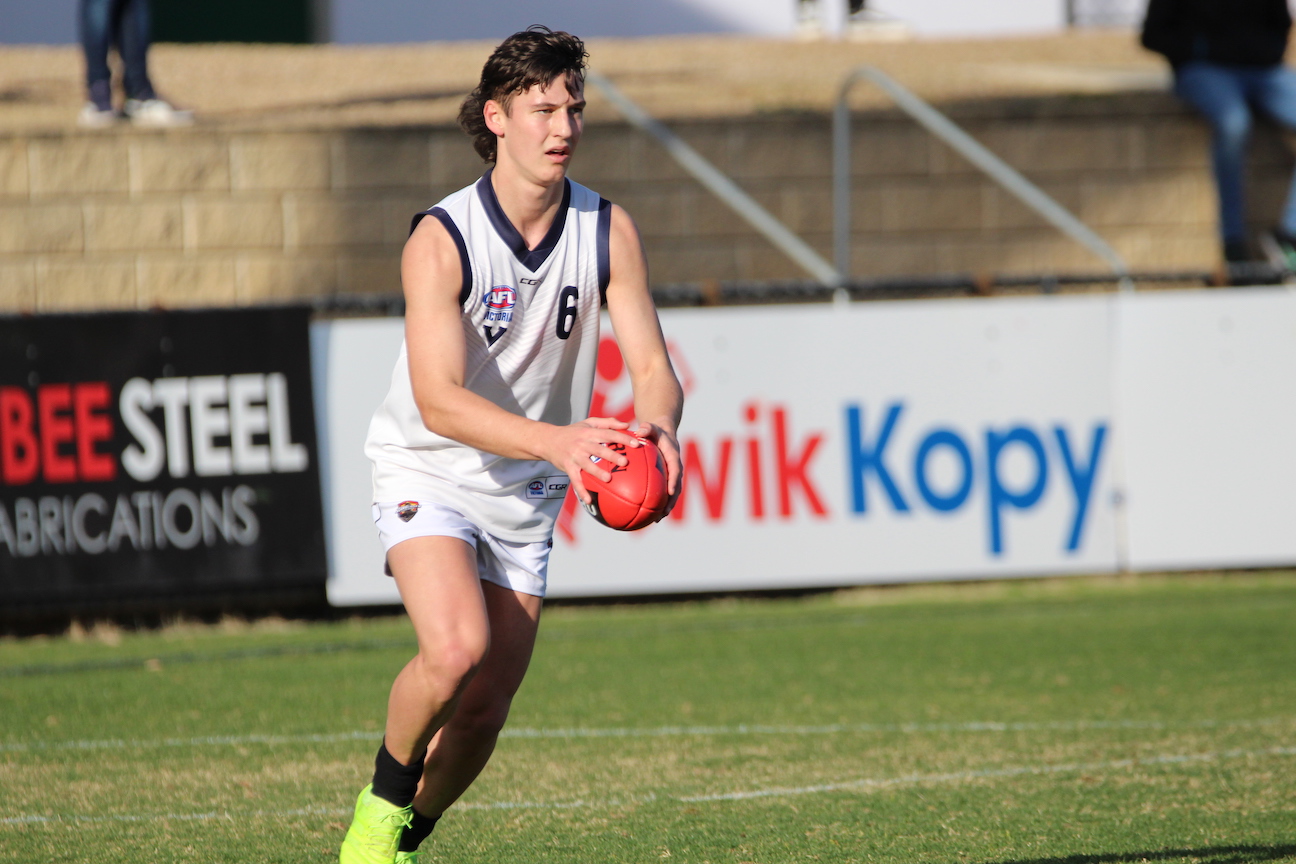