2019/20 NBL weekend preview: Round 10 – Blockbusters galore in huge round of action 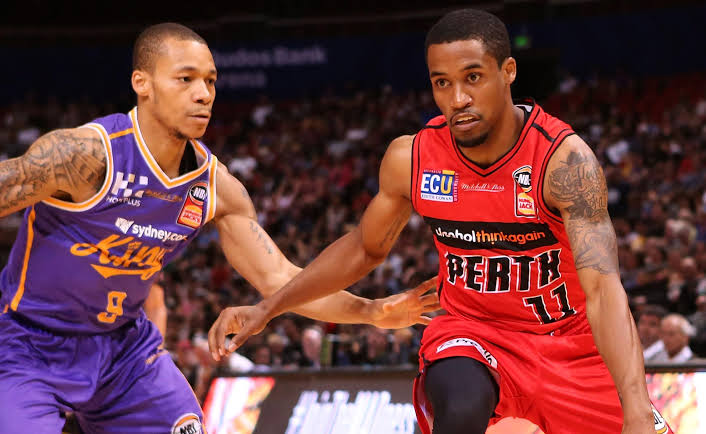 FIVE teams play twice in a huge round 10 of the National Basketball League (NBL). We take a look at the seven games across this weekend.

The round again opens in Cairns with the Taipans and Breakers both looking to make it two on the trot. The Taipans hosted Melbourne last Friday night and made it two wins in a row against the current third-placed side in the league. Cameron Oliver, Majok Deng and D.J. Newbill led the scoring for the Taipans, with the last win pushing them into sixth place on the ladder – just one win outside the top four. For the Breakers, they registered their third win of the season and lifted themselves off the bottom of the table with a strong 12-point victory over Illawarra. A dominant first quarter set up the triumph, as Sek Henry and Finn Delany led the scorers. Both sides will be eager for success, as they both return for back-up matches later in the round so they will be wanting to start their double-headers off on a good note.

The Wildcats and Kings lock horns in a mouth-watering top-of-the-table Friday night matchup. Both sides have two games this round so the importance of a win in their first game of the round is crucial, especially since the two sides are the current leaders of the league. Perth will be wanting to bounce back on their home floor after they suffered just their fifth loss of the season last round to the 36ers. Bryce Cotton was one of only three players to hit double figures in scoring for the Wildcats, something that will have to change drastically if they are to stand any chance at overcoming the table-topping Kings. Sydney on the other hand continued on their winning ways, notching up win number 11 against Melbourne by 10-points. Casper Ware and Jae-Sean Tate continue to have standout seasons as both were instrumental in the big win.

Melbourne United will be looking to bounce back and start another winning streak when they host Adelaide on Saturday afternoon. United’s winning run came to an end when they lost to the Kings in Sydney last round by 10 points. Not even a 32-point haul from Melo Trimble was enough to pull United over the line, as the Kings exacted their revenge. Chris Goulding and Shawn Long were both kept relatively quiet as well, so both will be looking to bounce back stronger against Adelaide. For the 36ers, they achieved one of the toughest tasks in the NBL – a road win against the Wildcats. Daniel Johnson made up for not being in during crunch time the previous week against the Bullets by scoring 29 points, whilst Jerome Randle continued his impressive season with 20 points. Still, that win was not enough to propel them into the top four, so they’ll be seeking a win this weekend to finally breakthrough into the finals places.

The Bullets will be looking to bounce back and keep in touch with the top four when they host the last-placed Hawks on Saturday night. The Bullets have now lost two matches on the trot after they fell to South East Melbourne for the second time this season. Jason Cadee, Lamar Patterson and Nathan Sobey led the way for the Bullets, but it was not enough as the Bullets lost on their home floor. For the Hawks, a second successive triple-double form LaMelo Ball was not enough to propel them over the line as they fell to New Zealand. The Hawks are now on the bottom of the NBL ladder and will be without Ball for this weekend who is out with a foot concern. The likes of Todd Blanchfield and Andrew Ogilvy will need to step up from disappointing outings against the Breakers if the Hawks hope to overcome Brisbane.

South East Melbourne return home after they bounced back to end their three-game losing streak last weekend against the Bullets. The Phoenix had been close in their three-match losing run, but they finally broke through with a hard-fought 15-point win over the Bullets. Ben Madgen led the way with 23-points, with Mitch Creek and John Roberson also putting up big numbers. For the Wildcats on the other hand, this match will be their second of the round after they host the ladder-leading Kings on Friday night. It is a tough weekend for the Wildcats who take on two of the top-four teams in the competition, and they’ll be hopeful for strong performances from Cotton and Nick Kay to ensure they maximise their results this weekend.

The Kings and Taipans will lock horns to play their second matchup of the weekend on Sunday afternoon in the Harbour City. Sydney travel to take on the Wildcats on Friday night in one of the toughest tasks in the league, but regardless of the result, they still face a tough matchup in taking on the Taipans. Casper Ware and Jae-Sean Tate will need to be on song in both matches if the Kings are to keep up their current winning streak which sits at five wins. For the Taipans, after they knocked off United for the second time this season, they host the Breakers on Friday night and will definitely see both games as winnable as they continue to hunt for a place in the top four.

New Zealand and Brisbane round out a massive round 10 when they go to battle on Monday afternoon. The game will mark both side’s second games of the round, and both will eager for wins as they both sit outside the top four. The Breakers face a tough task on Friday night against the Taipans, but they will have Glen Rice Jr return to the fold which will be a huge boost in both matches as they look to add to their three-win tally. For the Bullets, they will have two chances to bounce back after their disappointing home loss to the Phoenix last round. After their clash with the Hawks on Saturday afternoon, they will be hoping they can get two wins against the two bottom of the table teams in the competition this round.