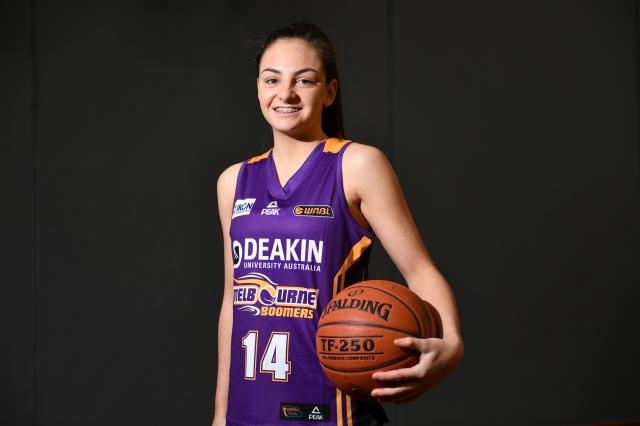 MELBOURNE Boomers might feel like they have some unfinished business heading into the 2019/20 Women’s National Basketball League (WNBL) season after going down to Adelaide Lightning in the semi-finals last season. After a big season which saw Melbourne finish second overall and two wins clear of their opponents, a home loss against the Lightning ended up being costly as they were eliminated in the first stage of finals.

The Boomers were title contenders the entire 2018/19 season and are expected to be so again with minimal changes outside a few big outs. Jenna O’Hea will be a sorely missed player this season, heading down the Eastern to play with Southside Flyers, while Stephanie Talbot has left to join the Lightning. Sarah Boothe and Jazmin Shelley have both departed for overseas contracts. The likes of Monique Conti will benefit from a key role in Melbourne Tigers’ NBL1 season and look to get more minutes on the court in the WNBL, while Lindsay Allen will again be a tough player to stop as the versatile forward-guard will hope to back up her 2018/19 season where she averaged 18.1 points, 3.7 rebounds and 5.2 assists from 22 games.

Kiwi, Stella Beck was prominent in the NBL1 with almost 10 rebounds per game and will hope to bring that to the Boomers this season. Antonia Farnworth had some great experience with the Hawks during the NBL1, and like Conti and Beck, will aim to start more games this season. A couple of wildcards are Americans Sophie Cunningham and Rachel Brewster who can replace some of the big omissions, while talented youngster, Paige Price will step up to senior level after a great season in the NBL1 with the Basketball Australia Centre of Excellence averaging 7.8 points and 4.5 rebounds per game. With plenty of youth coming through the Boomers, expect them to get better and better as the season progresses and be one of the title contenders once again despite losing a number of key contributors over the off-season.

Lindsay Allen. A real playmaker and scorer, the American might not be the tallest player out there, but her ability to find teammates up the court in space and provide assists is damaging for opposition sides.