2020 MUVJBL U16 Boys/Girls Round 1 preview: Cavaliers and Magic to face off in opening round 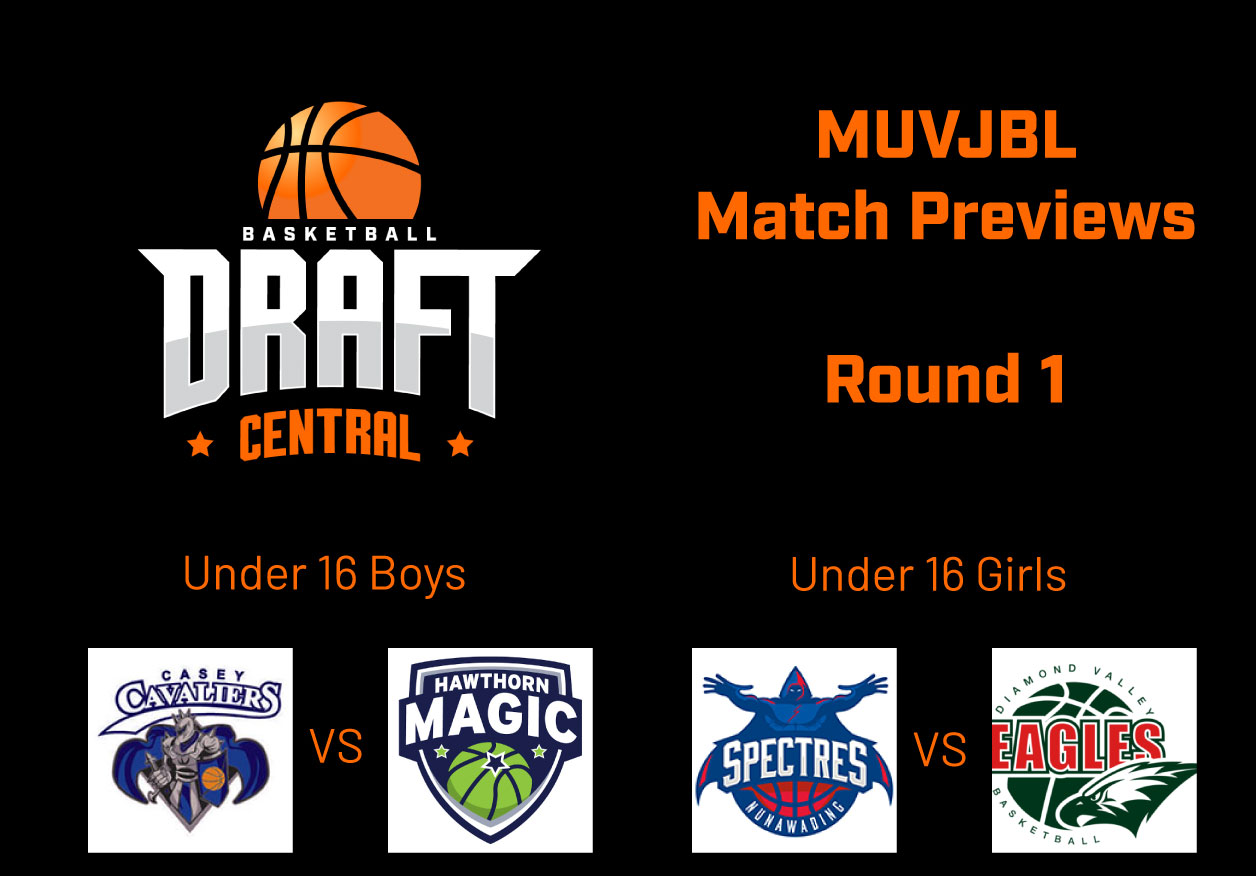 A NEAR-finals appearance at the Eltham Dandenong Junior Basketball Tournament for Casey Cavaliers will hold them in good stead for the opening round of the Melbourne United Junior Basketball League (MUVJBL) Under-16 Boys Championship Division clash with Hawthorn Magic. The Magic themselves went quite well in the tournament, with both sides finishing second in their respective groups, but Casey pushed deeper in the tournament to go down to eventual winner, Eltham Wildcats.

Casey Cavaliers had a number of top scorers, led by Ethan Bolton who looked unstoppable at times, averaging 12 points per game at the tournament, dangerous anywhere inside the arc. He only scored two three-pointers for the tournament, but also had the most trips to the foul line and the clear standout shooter from two-point range with 64 of his 84 points coming from that source. Brian Vengesayai also got to the foul line plenty, and while he was not as prolific on the scoring front as Bolton, still scored eight points per game. Connor Bigley (seven points per game was not far behind), while Lachlan Coverdale (six) also contributed strongly with the predominant points also coming from inside the arc. More than 50 per cent of Ryan Burchall‘s points came from three-point range and while he was not a huge score, showed the most potency of his team there.

Hawthorn relies on a different tactic for its success, with six players scoring more than five points per game, without having a single dominant scorer. They all have different strengths, with Maximus Baker leading the way at the tournament with 7.2 points per game, predominantly from two-point range. Phoenix Windsor (6.8 points per game) and James McCombe (6.2) were more prevalent three-points shooters, dropping an average of one per game across the six matches. Aidan Slaviero-Pascoe was more of a close-range shooter, earning the most trips to the line with success on his way to six points per game, while Hayden Loader and Logan Morris both mixed up their scoring ability to provide superb depth at the Magic. Casey might be favourites in this game, but Hawthorn has its unpredictability and will be a team to watch this season.

Under 16 Boys Round 1 fixtures:

In the Under 16 Girls competition, the match of the round could well be the clash between Nunawading Spectres and Diamond Valley Eagles. Both teams finished second in their respective pools at the Eltham Dandenong Junior Dandenong Tournament, and while they both missed out on semi-finals, showed enough to suggest they will challenge the likes of Hawthorn Magic and Bulleen Boomers in the grade.

Nunawading’s star shooter is Rebecca Dymalovski who is a special talent given she can hurt opposition defences from anywhere in the forward half of the court. She averaged 11.8 points per game, with a perfect 33 per cent split between her two-point, three-point and free-throw points across the six games. While she was the standout player, the Spectres had Natalie Skofic who provided great assistance and was another who could shoot from range if required, though her two-point shot was her main weapon. Anika Stehbens averaged almost five points per game, and while she does not have the same impact from deep, is just as dangerous inside the arc, and could still get to the foul line.

Diamond Valley had a damaging duo of their own with Alyssa Pearce and Talia D’Agostino averaging almost 20 points per game combined. Pearse was a two-point shooter with an occasional long-range attempt as well as an ability to get to the foul line, while D’Agostino sank an extra three-point attempt during the tournament and while she was slightly lower from two-point range, was still a worry across the court. Amber Burgess was the other scorer who impressed with seven points per game, of which were mostly from two-point range, but also having the nous to cop a foul and put up the and-one opportunity. This will likely be an incredibly close game with the winner hard to decide, though Nunawading has some serious star power.

In Pool 1 matches, Sandringham Sabres and Knox Raiders’ clash could be a beauty, with Southern Peninsula Sharks hosting the tournament winners in Hawthorn Magic in that Pool 1. Also in that pool were Eltham Wildcats hosting Waverley Falcons, and Latrobe Energy travelling to clash with Dandenong Rangers. In Pool 2, Kilsyth Cobras and Casey Cavaliers go head-to-head, an all-Melbourne Tigers battle ensues between the first and second sides, while Bulleen Boomers’ first and second sides travel to Keilor and host Ballarat respectively.

Under 16 Girls Round 1 fixtures: