2020 MUVJBL U18 Boys/Girls Round 1 preview: Boomers and Rangers the highlight match, as Sabres and Broncos to clash 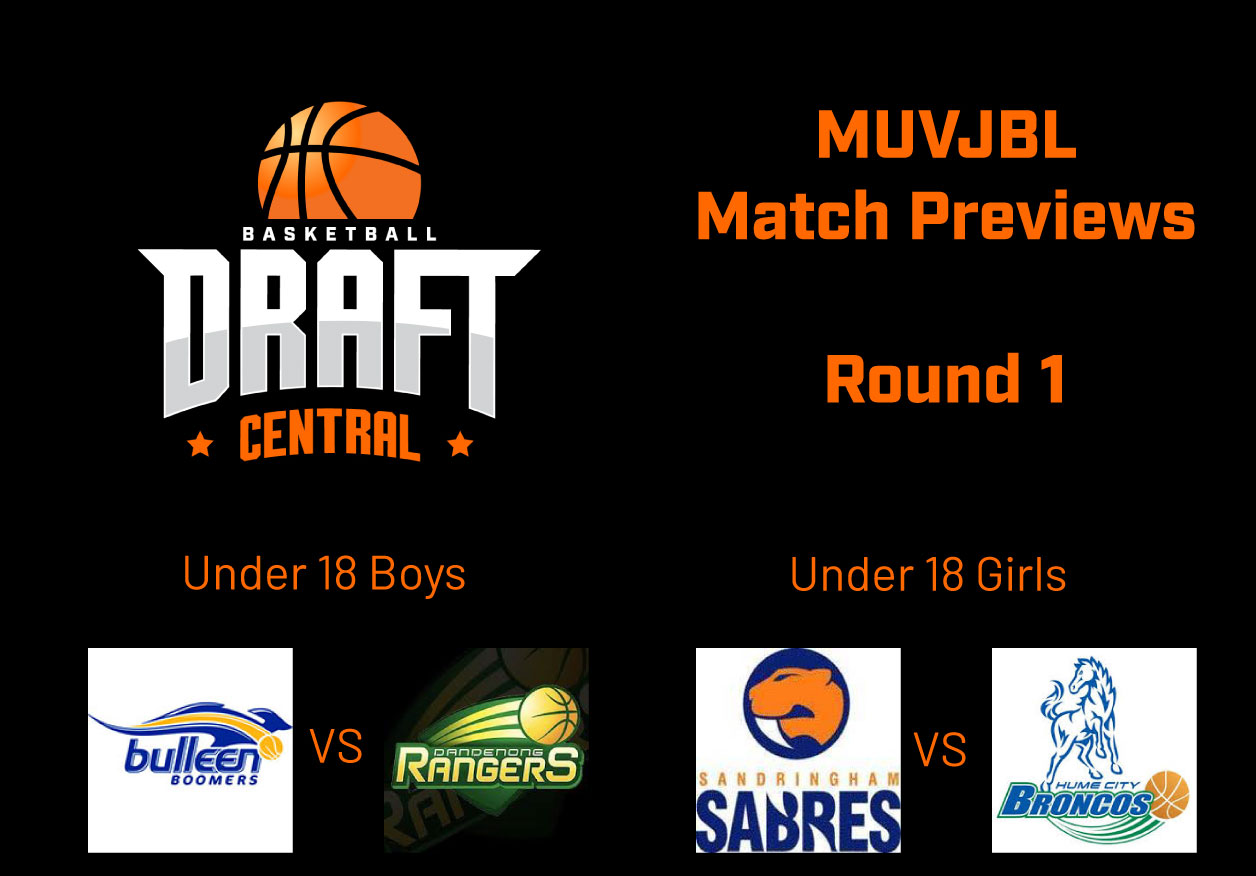 BULLEEN Boomers are set to host Dandenong Rangers in a huge Melbourne United Victorian Junior Basketball League (MUVJBL) Under-18 Boys Championship Division Round 1 clash. Opening the new season, the Eltham Dandenong Junior Basketball Tournament winners in the Under 18s grade take on the unlucky semi-final losers, who just dropped out to North Adelaide in the penultimate round.

Bulleen’s strong list saw Anthony Dell’Orso sink 95 points across the tournament at an average of 15.8 points per game from his six matches. He sank 10 three-pointers in that time as one of a couple of dangerous options from deep. Owen Foxwell also knew how to hurt the opposition from three-point range, finishing the tournament with eight shots made from long range and an average of 11.2 points per game. Foxwell also got to the free throw line often, the most of any player on the Boomers’ side, while Daniel Poelsma (11.7 points per game) was a reliable two-point shooter and earned a number of crucial fouls. Marcel Haj (7.5 points per game) was the other key scorer, making it four players who can score regularly for the Boomers and will prove hard to stop for the Rangers.

Dandenong has its own quartet of dangerous scorers, with Elijah Duol averaging 10.7 points per game at the Eltham Dandenong Junior Basketball Tournament, the most of any Rangers’ player in the seven matches. They know how to share the ball around though, with Justin Asi (9.6 points per game) a regular two-point shooter. Jacob Oryem (8.7 points) and Cooper Goonewardene (8.0 points) are both known dangers from all over the court and made the most free throws of any players on the team, with a nice balance between close range and long range attempts. The Rangers know how to force opponents to foul and they will look to pressure the Bulleen defence in what is set to be a huge opening round of basketball action.

In other games, Kilsyth Cobras take on Keilor Thunder in what should be an exciting one with both missing out on finals at the junior finals but showing some good signs, as should the Pakenham Warriors and Melbourne Tigers clash. Knox Raiders are predicted to be another strong side in the grade, hosting Geelong United, while Camberwell Dragons are a new team to the top division, travelling to face Diamond Valley Eagles. An all-Eltham battle should ignite some bragging rights, while Ringwood Hawks host Coburg Giants. In the other pool, Nunawading Spectres host Bendigo Braves, Ballarat Miners take on Hawthorn Magic, and McKinnon Cougars face Waverley Falcons.

Under 18 Boys Round 1 fixtures:

While it is expected both Bulleen and Dandenong will be strong in the Under 18 Girls’ Championship Division, the match to watch could well be Sandringham Sabres up against Broadmeadows Broncos. Both teams competed at the Eltham Dandenong Junior Tournament recently and while it did not go as well as it could have, they both won two from five matches in their respective pools. In Round 1 the two take to the court with the Sabres being the host.

Having come through the Under 16s Championship division last season, Sandringham has a number of talented ballers who could make the step up to the next level and cause some headaches for the opposition. At the Eltham Dandenong Junior Tournament, Charlotte Ryan averaged the most points with nine per game from her five matches, shooting predominantly from two-point range, but along with Maya Dear, is more than competent from three-point range. Dear showed plenty of talent last season and will be one to watch, not often getting to the foul line, but her jump shooting was impressive with her two-point and three-point numbers good. Summer Keating, Charlotte Zygarlicki and Jemima O’Toole all averaged more than five points at the tournament, with the trio capable of finding fouls and heading to the line, but less likely to unleash from long range.

Emma Povh was the key scorer for Broadmeadows during the Eltham Dandenong Junior Tournament, finishing with an average of eight points per game. While she was not a high scorer in play, her free-throw numbers – almost 50 per cent of her total score – tell a story of how worrisome her opponents can get when she approaches the basket. Oriana Siamoa recorded a greater than 50 per cent record in terms of her free-throw points scored from her overall points scored. Broadmeadows will not be a side that traditionally shoots from long range, with Povh and Emma Hoffman‘s three makes the highest in the team during the tournament. Chrisoula Triantafyllopoulos and Harmony Harder are the other scorers for the Broncos who might have an impact, not shooting from range, but Harder in particular is a concern for opposition players with 100 per cent of her points during the tournament coming in twos.

Under 18 Girls Round 1 fixtures: