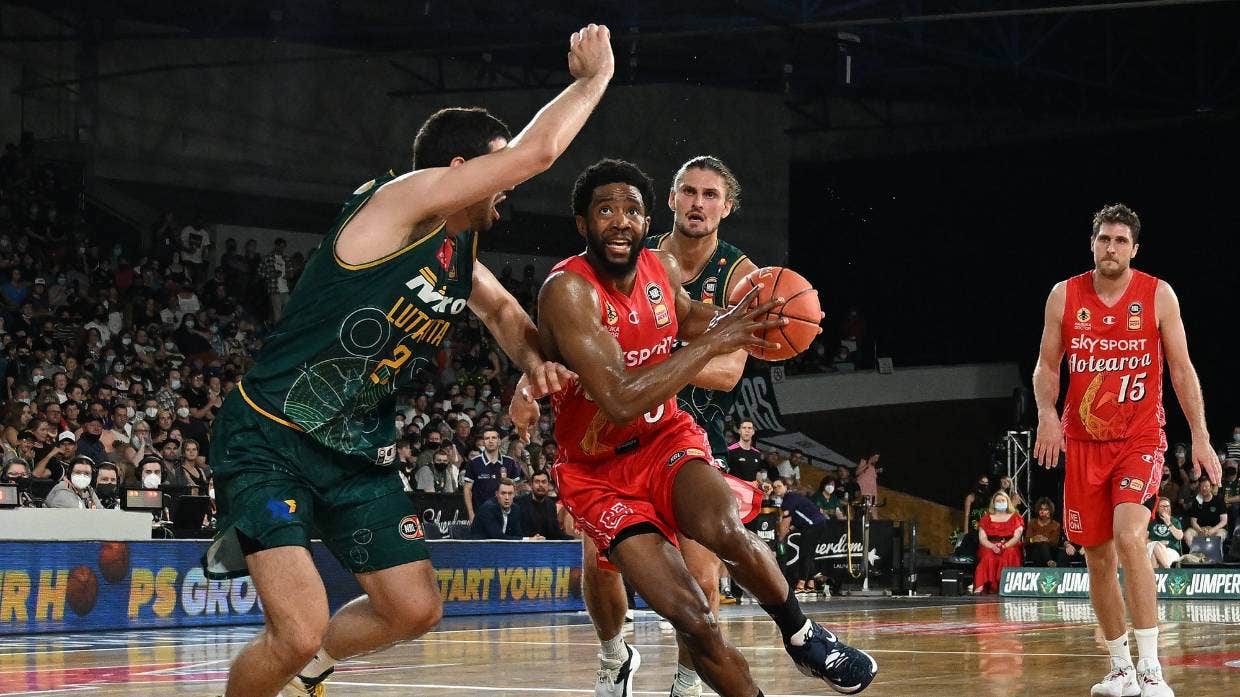 IN this series each week, we take a look at some of the strongest performing players at each position per round to create our Rookie Me Central Team of the Week.

Another round of the National Basketball League (NBL) has passed, and there were some cracking affairs across the courts over the weekend. Round 14 saw some blockbuster matchups take place, with a number of games decided by 10 points or less. There was also no shortage of excellent individual performances across these games, with some of the league’s stars at their best, but the first player on our list this week is a back-in-form veteran.

Despite the result, it was an excellent return from the Taipans favourite, as he produced the best performance of his short 2021/22 campaign. Machado was a major reason as to why the Taipans were a chance against the red-hot Sydney Kings. The 31-year-old poured in 26 points and eight assists, both of which were game-highs, as he got his side extremely close to an upset win. While they fell short, Machado’s efforts must be applauded.

Also returning to the lineup after a stint on the sidelines is Randle, and while he may have also been in a similar role to Machado, it is impossible to keep him out of the lineup after a consistent weekend. The import guard was excellent in both of the Breakers’ games, and while neither ended up being wins, Randle did all he could. He kicked off his round with a solid 18 points against the JackJumpers, before backing this up with 20 against the Bullets. On a weekend where the Breakers struggled to get going on the offensive end, Randle was the shining light.

Mr. Reliable was back at it again on the weekend for the Phoenix, with Creek producing a pair of powerhouse offensive performances in his side’s two outings. The Phoenix broke even from their two games in Round 14, but one constant was the offensive performance of Creek. He kicked off the round with a match-winning performance with 29 points, seven rebounds and five assists against the 36ers (trading buckets with someone we will mention next), before adding an 18-point outing in the loss to the Hawks.

The forward produced one of the best individual rounds of the season, and despite his team being unable to win either of their two matches, you could not fault the efforts of Johsnon. He kicked things off with an electric performance against the Phoenix, trading baskets with Creek as the two stars went head-to-head. In the end, he finished with a game-high 31 points, but Adelaide fell short against one of the contending sides of the competition. He followed this up with a double-double of 18 points and 12 boards against the Wildcats.

One of the competition’s MVP front-runners, Lual Acuil was back at it again this weekend, returning to the lineup to produce another electrifying performance against the Bullets. He was the premier big man on the court and demonstrated his ability to score whenever his side needed. He poured in 20 points and eight boards as he guided United to a 12-point win. With the finals slowly approaching, United will be looking to get the most out of Lual Acuil, and if he can continue to produce performances such as this.

The first cab off the rank in our reserve lineup is Perth Wildcats superstar Bryce Cotton, who was once again the most dangerous player on the court in his side’s sole outing of the round. The reigning MVP poured in 27 points and seven assists in the win over the 36ers.

The next guard off the bench is Jason Cadee of the Brisbane Bullets, who was excellent in his side’s win over the Breakers on Monday night. Backing up his 17-point outing earlier in Round 14, Cadee delivered a lights-out shooting performance to close out the weekend, dropping 22 points and nine assists in a classy display.

Our first forward off the bench is Xavier Cooks of the Sydney Kings, who notched up an impressive double-double in Round 14. In the win over the Taipans, Cooks was the best player on the court, finishing with 23 points, 15 rebounds and five assists, all of which were team-highs.

The next forward on our bench is Brisbane Bullets star Robert Franks, who was great in both games he played this weekend. He kicked off the round in style with 20 points against quality opposition in United, and backed it up well with 23 points and 10 rebounds in the win over the Breakers.

The final spot on our bench goes to Victor Law of the Perth Wildcats, who was at his damaging best in the win over the 36ers on the weekend. Combining well with Cotton, Law racked up a double-double of 22 points and 10 boards as he continues to get his personal game going.