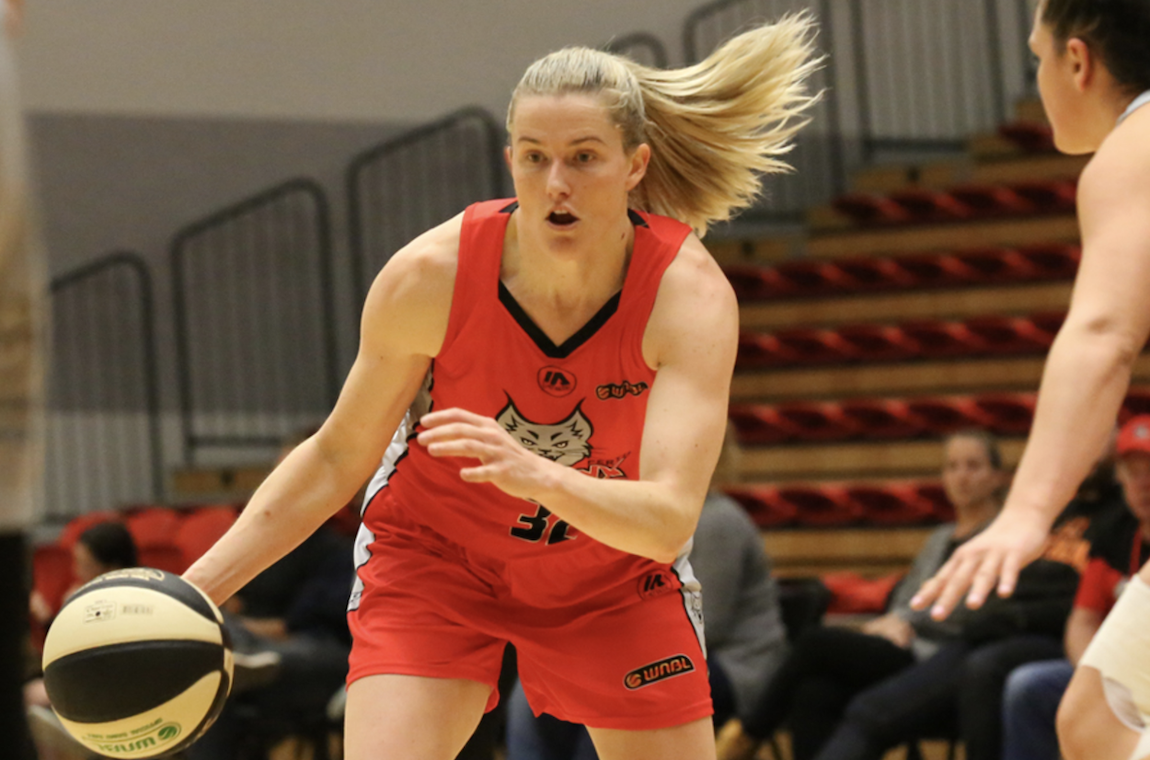 IN an earlier start than some previous weeks, the Women’s National Basketball League (WNBL) kicked off its final round of action for the 2021/22 season. The top-four is locked in, but there is still a bit to play in each of the matches set to take place over the weekend. Proceedings kicked off on Thursday night, when the Sydney Uni Flames welcomed the Perth Lynx to Brydens Stadium where the two sides went head-to-head. The Lynx were the favoured side in this contest given their spot in second place on the ladder, but they were bested last week and the Flames managed to grab a win themselves in the midst of a troublesome season. Despite their hopes of causing an upset, the home side fell 12 points short thanks to a powerful first half from Perth.

There were a number of contributors in the win for the Lynx, none more so than guard Sami Whitcomb, who was a powerful offensive presence with 23 points, six rebounds and five dimes as the clear standout in the match.

Whitcomb kicked off the match by finding a cutting Lauren Scherf for the lay-up and her side’s first score of the game. She then followed this up by stripping Sydney Uni’s Keely Froling of possession, taking the ball down the other end of the court and dishing out yet another assist, this time to Darcee Garbin. The guard registered her first points of the game when she used a step-back to create separation from her opponents and drained the three-pointer. After picking up a couple of quick fouls, Whitcomb headed to the bench for the remainder of the term, starting the game in strong fashion.

The guard returned to the game a couple of minutes into the quarter and made an immediate impact by racking up another steal and a couple of rebounds within the first minute of play. She drained her second three of the match shortly after, and Perth’s lead stretched out to a whopping 24 points. Whitcomb continued to share the love as she pulled off another assist shortly after, and then got back involved in the scoring to close out the term with five straight points for the Lynx as they entered half time with a 19-point advantage.

Whitcomb continued to display her effectiveness from deep by sinking her fourth shot from behind the arc for the match. By the time she backed up this effort a few minutes later, there was no denying that she was proving to be a serious problem for the Flames defence, preventing them from making a true charge at the deficit. With the defence now collapsing whenever she got the ball outside the arc, Whitcomb took advantage of this overcommitment and stormed inside to nail the lay-up.

She picked up right where she left off in the third term, continuing to cause some damage inside the arc with a pair of crafty bucket to kick off the last. While she did not impact the scoreboard as much in the final period of play, she was still able to pull down some crucial defensive boards, preventing the Flames from getting any extra possessions as they made their late-game push. When she exited the game with a minute and a half remaining, the result was sealed thanks to her offensive heroics.