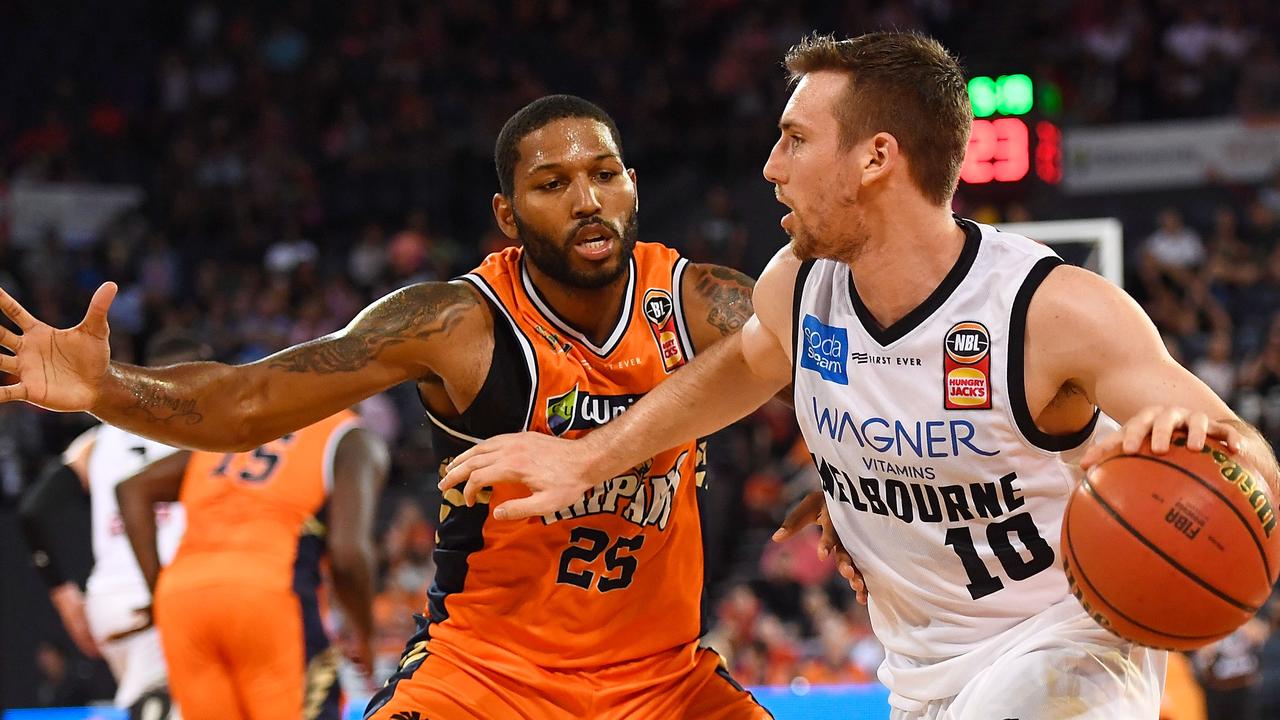 THE National Basketball League (NBL) is hotting up heading into Round 12 as the ladder starts to take shape and sides look to keep their season alive with some much needed wins. With a snap lockdown in Queensland the NBL has been forced to make some fixture adjustments with the match between the Brisbane Bullets and South East Melbourne Phoenix set to be rescheduled for some time in the coming weeks.

The Hawks and Phoenix kick things off on Thursday night with both sides in relatively good form. South East Melbourne have lost just one of their past five games and will be eager to make amends for their short comings last week against United while the Hawks have managed three wins and losses in recent weeks. It will be a hotly contested match as Illawarra (third) and Phoenix (fourth) look to keep their finals hopes alive and create some much needed security.

With Mitch Creek a chance to play this round for the Phoenix they will be hoping that his influence across the court will be felt and he will be able to pick up where he left off in terms of his points scoring and rebounding ability. Keifer Sykes is easing his way back into the rotation and will be eager to get amongst things as Ryan Broekhoff is building as the season goes on. Kyle Adnam has been a real darkhorse for the Phoenix able to constantly put up the points and hit the scoreboard. Justinian Jessup and Tyler Harvey are the two main facilitators for the Hawks and will be raring to go in this clash in order to provide them with a chance to get over the top of the Phoenix and most importantly continue their rise up the ladder. Cameron Bairstow cannot be underestimated for the Hawks averaging 11.43 points a game while Justin Simon is more than capable of locking down players with his tight one-on-one defence which the Hawks will be hoping to take full advantage of.

The Wildcats are in red hot form and the Sydney Kings are the next side in their war path. Currently on a five game winning streak Perth have proven to be relentless and will be hoping to inflict the same level of pain on Sydney as they have every other team. After a shaky start to the season, the Kings now just sit outside of the top four with nine wins to their name and a win here could see them leapfrog up the ladder.

Perth have not skipped a beat in their last few outings with Bryce Cotton proving to be a man on a mission. His scintillating form has been a key factor in the Wildcats’ dominance averaging a competition high 26 points along with six assists. The efforts from John Mooney will spark concern for the Kings as Mooney has proven to be a handful off the boards boasting an average of 12.29 rebounds a game while Todd Blanchfield is more than capable of lending his hand to the scoreboard. The Sydney Kings have livewire Casper Ware who is more than capable of leading the charge topping the table with 19 points a game while also producing 4.33 assists and 3.56 rebounds a game. Jarrell Martin is another one to keep an eye out for as is Dejan Vasilijevic with the two able to regularly hit the scoreboard and influence the play. but they will have to be on their a-game if the Kings are any chance of upsetting the Wildcats.

Melbourne United are back on the winners list having notched up three straight victories and will be aiming to stay there with a win over the flailing Cairns Taipans. The Taipans have failed to live up to the standards of their 2019/20 season currently sitting in last place on the ladder despite showing glimpses of magic but unable to put out a consistent performance. With only five wins under their belts it will not get any better facing off against a slick United side twice in this round who are itching to reclaim top spot.

The ever-reliable Chris Goulding is a lynchpin for United averaging 16.33 points a game while teammate Jock Landale is not far behind thanks to his 16.22 points. The main facet of United’s game however is their ability to share the ball around and not rely on one player to do the heavy lifting with good support coming from bench players such as Yudai Baba (eight points and 1.88 rebounds) and Jo Lual Acuil (7.41 points, 5.41 rebounds) meaning the the Taipans will have to put in a full team effort to slow down and stop United in their tracks. for the Taipans the dominant pairing of Cameron Oliver and Scott Machado will be the ones to watch with the duo able to score with relative ease if given enough time and space. Machado averages an impressive 17.89 points, 3.79 rebounds and 7.63 assists as Oliver produces 16 points and 8.89 rebounds each time he steps out on court.

The battle between the Adelaide 36ers and Hawks is set to be an intriguing one with the former on a five game losing streak and desperately needing a win to stay in touch with any chance of playing finals. The Hawks on the other hand, sit inside the top four but having already played a match only two days earlier could suffer from some fatigue against a desperate Adelaide outfit.

The absence of Isaac Humphries has been sorely missed with the 36ers struggling to find their mojo without him. However that is not to say that the 36ers are without star power of their own with Daniel Johnson knocking back an average of 20 points, 6.85 rebounds and shooting at 47 per cent from the field. Rookie Josh Giddey has not skipped a beat managing 10.94 points, 6.65 assists and 6.65 rebounds. Both Tony Crocker and Sunday Dech will need to be on their a-game if they are to worry the Hawks and secure a much needed win. Boasting the likes of Jessup and Harvey support from Sam Froling and Deng Adel will be needed to build some strong scoreboard pressure and keep the good times rolling for the Hawks.

In their second game for the round, the Phoenix will have one eye on the win but will have to fight off a spirited Breakers outfit. New Zealand notched up a win last round and will be riding high but the Phoenix have a top four position and will not be keen on relinquishing their spot given the midtable logjam that is happening around them.

Cameron Gliddon, Ben Moore and Yannick Wetzell are all threats for the Phoenix with the trio able to influence the outcome of a game thanks to their drive and strength off the boards. Gliddon averages 11.39 points a game while Moore is a consistent figure off the boards thanks to his 7 rebounds. The Breakers’ Tai Webster is a force to be reckoned with averaging a tick under 20 points with his 19.56 points, 5.31 rebounds and 5.94 assists. Finn Delany will need a big game as will Tom Abercrombie if New Zealand are any chance to get over the line.