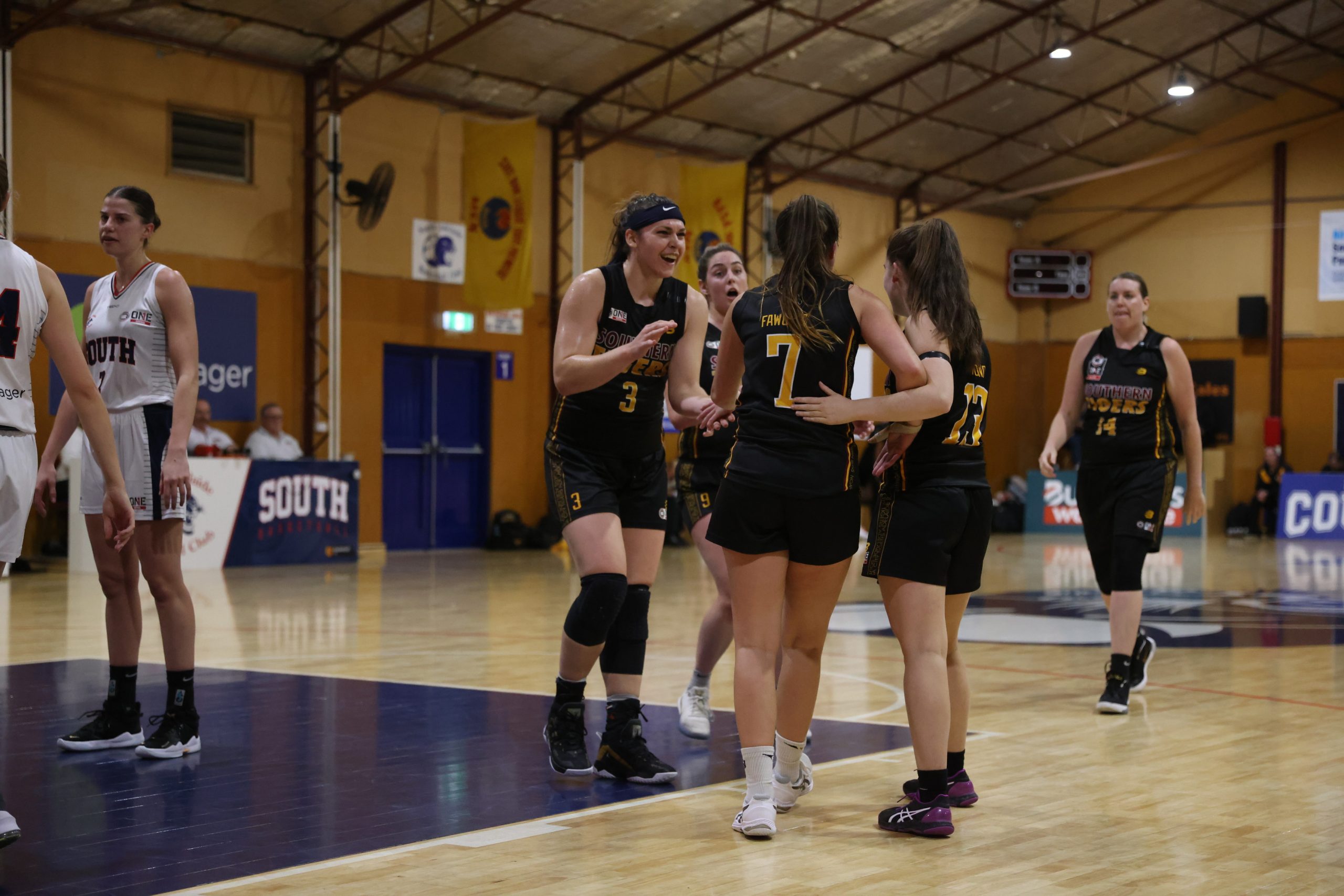 SEMI-FINALS week has rolled around in the National Basketball League (NBL)1 Central with the winner from each match set to move through to the grand final. Both games will be played on Saturday making for an action packed day of basketball with all four teams eager to put their best foot forward.

The Sturt Sabres will be hoping to bounce back from their loss in the qualifying final and put their best foot forward in their match against North Adelaide Rockets who will be riding a wave of success having knocked off Forestville Eagles in the elimination final. Looking at ladder standings it is fair to say that the Sabres have the upper hand having finished with 15 wins to their name and just two losses while it is a different story for the Rockets who managed just the 10 wins and eight losses. But finals is a very different ball-game and the Rockets have proved they know what to do to stand up in season defining clashes.

The Sabres need Kylee Smith to unleash and impose her dominant attacking self on the Rockets if they are to get back on the winners list. Smith averages a team-high 19.31 points, 7.12 rebounds and 2.93 assists each time she steps out on court. Jade Johnson is another one able to impact the scoreboard credit to her 16.22 point average while Tayla Brazel is a viable option in offence with her 12.72 points. Nicola Mathews has proven she can get it done in all avenues of the game with her impressive stat sheet of 10.11 points, 4.33 rebounds and 4.50 assists.

Taylor Ortlepp has stepped up to the plate continuously throughout the 2021 season and will be hoping to maintain that level of consistency in this semi-final. The guard averages an impressive 19.05 points a game along with 6.11 rebounds and 5.27 assists. Teammate Jess Good is another one to keep an eye on throughout the battle given she averages 15.72 points, four assists and 1.77 blocks. Sam Defrancesco and Rachel Mate are both capable options when it comes to facilitating the ball and hitting the scoreboard with the former registering 15.50 points a game.

Top of the table Southern Tigers will have a head full of steam going into the semi-final after securing the minor premiership but will have to bring their a-game against the South Adelaide Panthers who found their winning groove last round with a convincing victory. An extra week off will bode well for the Tigers who will be hoping to take advantage of their fresh legs and run the Panthers into the ground early. But the last time that the Tigers hit the court they suffered a shock loss and will need to address that if they are any chance to combat a firing South Adelaide outfit.

All eyes will turn to the one and only Teige Morrell who has proven to be a shining light for the Tigers. She leads the way in just about all statistical areas with a team-high 23.16 points, 12.44 rebounds, 2.05 assists and 0.61 blocks making her the key player to stop for the Panthers. She is not the only one that can turn a game on its head with Morgan Yaeger also at the Tigers disposal. Yaeger averages 16.28 points, 5.64 rebounds and 4.35 assists a game. Jemma Thacker is also an exciting option for the minor premiers, averaging 10.44 points, 2.05 assists and 0.22 blocks a game while defensively Denelle Fawcett and Tara Dodman have proven to be key pillars off the boards.

The Tigers night have Morrell but the Panthers have Olivia Thompson and the forward is no slouch and is often the barometer for her side. Thompson is a ball magnet, averaging 23.88 points a game but it does not stop there reeling in 14.61 points, 2.11 assists and 0.94 blocks for her efforts. Ashley Spencer is a handy contributor posting up 16.93 points, 5.66 rebounds and 2.53 assists while Hannah Stewart has showcased her explosive nature when given enough time and space averaging 11 points, 4.33 rebounds and 0.44 blocks. Jordan Hunter leads the way for dimes with 8.27 to her name along with 8.72 points and 4.38 rebounds making her another one to watch out for.