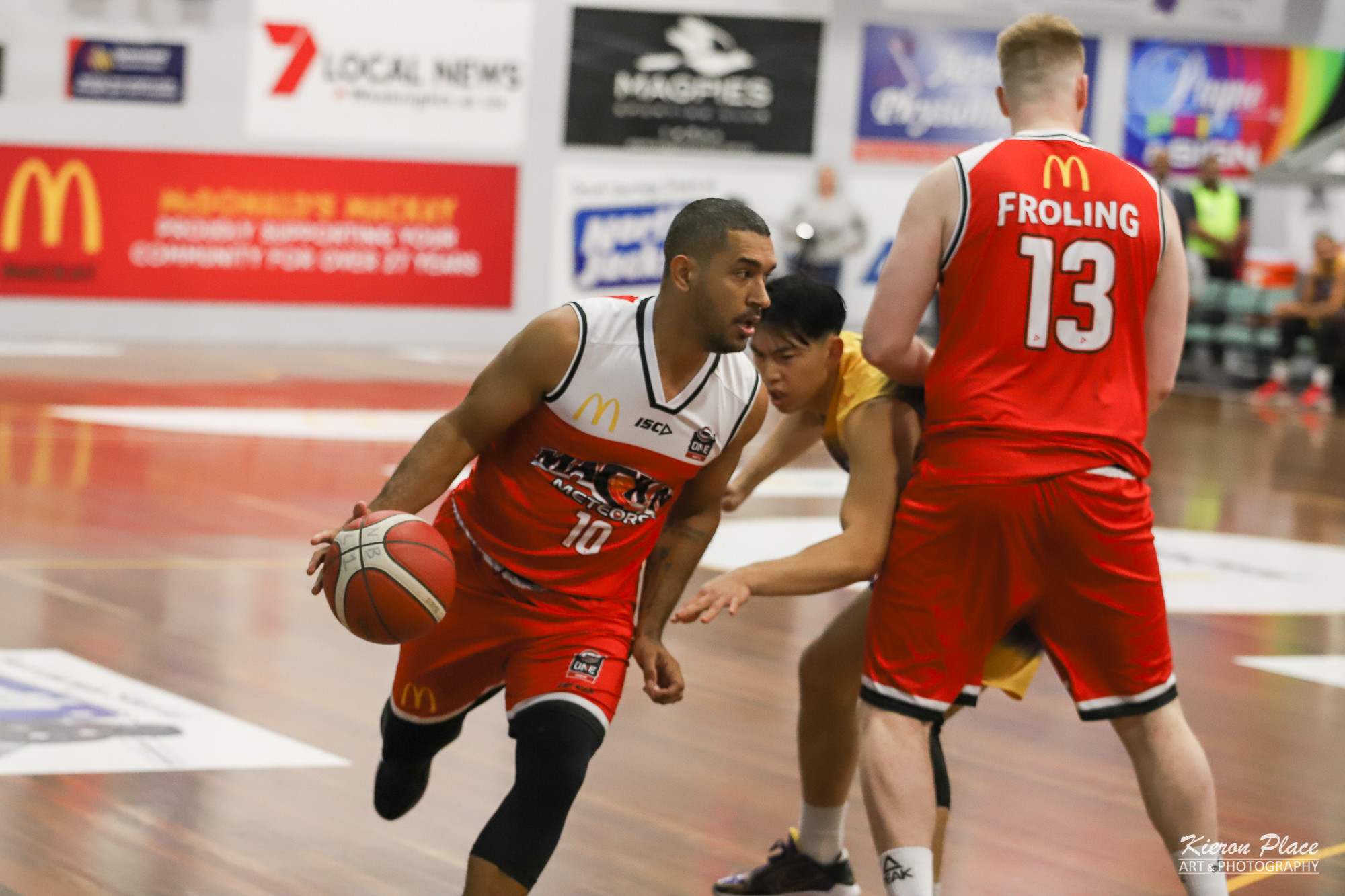 THE semi-finals are set to be action packed with the winner from the two matches progressing to the National Basketball League (NBL1) North men’s grand final. Top of the table Logan Thunder will be eager to assert themselves against their lower ranked opposition Cairns Marlins, while the Mackay Meteors will be hoping to inflict a similar pain to the fifth placed USC Rip City.

The contest between Logan Thunder and Cairns Marlins is set to be an enthralling one as the two do battle on Saturday night. It will be the first time these two sides have met this season given the condensed season due to the COVID-19 enforced lockdown adding another layer to the battle.  The Thunder are on a hot streak having not lost a game in their past five outings, while the Marlins have somewhat of a chequered history but will be riding high after a dominant win against Townsville heat in the qualifying finals.

The Thunder will be looking to Jeremy Kendle to lead the way and impose himself on the contest often acting as the side’s strike shooter. Kendle averages an impressive 21.46 points a game and also leads the way with 9.23 assists making him an imposing figure. Mitch Young is another dominant force for Logan Thunder with the center producing 17.07 points a game while also reeling in 9.15 rebounds and a team-high 1.53 blocks. Michael Cedar is coming off a strong performance in the qualifying finals slotting 13 points and averages 6.15 rebounds and 2.61 assists while Shaun Bruce has proven time and time again that he has what it takes to be an imposing figure registering 17 points last time he stepped out on court. Boston Mazlin was up and about last week and will be hoping to continue that form in this contest to get the Thunder over the line.

It has not been all smooth sailing for the Marlins however one player that has stood the test of time is Majok Deng with the forward dominating each time he steps out on court. Deng averages an impressive 26.83 points, 9.66 rebounds and 1.66 blocks making him an unstoppable force. Teammate Nate Jawai oozes a wealth of experience and class with the bigman sitting second for average points scored thanks to his 15 along with a handy eight rebounds, 3.50 assists and one block. Alex Loughton is a solid performer for the Marlins with his 14.55 points while Mirko Djeric is another one to keep an eye on throughout the contest given his ability to dish off dimes and set up attacking forays and is not afraid to attack the rim himself averaging 13.57 points a game.

Mackay Meteors are coming off the closest result in the qualifying finals running out 10-point victors and will be hoping to really stamp their authority against USC Rip City who impressed in their outing. Rip City have showcased their capacity to score with great ease averaging an impressive 94 points, while the Meteors manage 86 points making for a highly anticipated scoring frenzy.

The Meteors are blessed with a couple of big time scorers and Emmanuel Malou is one of them. the forward is prolific averaging 18.92 points a game and is just as useful off the boards thanks to his 7.42 rebounds and 1.50 blocks making him quite a handful for opposition teams. The other key cog in Mackay’s unit is Jerron Jamerson. He is a tough competitor and is more than capable of carrying the team on his back averaging 18.85 points a game along with 4.85 rebounds, three assists and 0.85 blocks. Harry Froling is a real livewire for the Meteors with his capacity to star up both ends of the court. Froling averages an impressive double-double consisting of 18.60 points and 13.80 rebounds and is also crafty with ball in hand managing 4.40 dimes a game. keep an eye on Christopher Cedar with the guard coming off a mammoth performance last week draining 37 points and will be wanting to exact that same pain against Rip City in order to progress through to the grand final.

Rip City have a couple of aces up their sleeve with Tanner Krebs a key piece to their puzzle. Krebs leads the way with points draining 25.40 when he steps out on court and is also dominant off the boards credit to his seven rebounds along with 2.90 assists. Isaih Tueta is a handy option for USC with his 18.46 points and features in the top four for rebounds and assists with 5.07 and 5.53 respectively. Eric McAlister can turn it on when need be and will be more than willing to activate that level of game play in the semi-finals with his capacity to attack the rim thanks to his 15.23 point average and is strong off the boards with 6.92 rebounds. Josh Tueta and Louis Ilton are other scoring prospects for Rip City and will be hoping they can fire to steal the win.