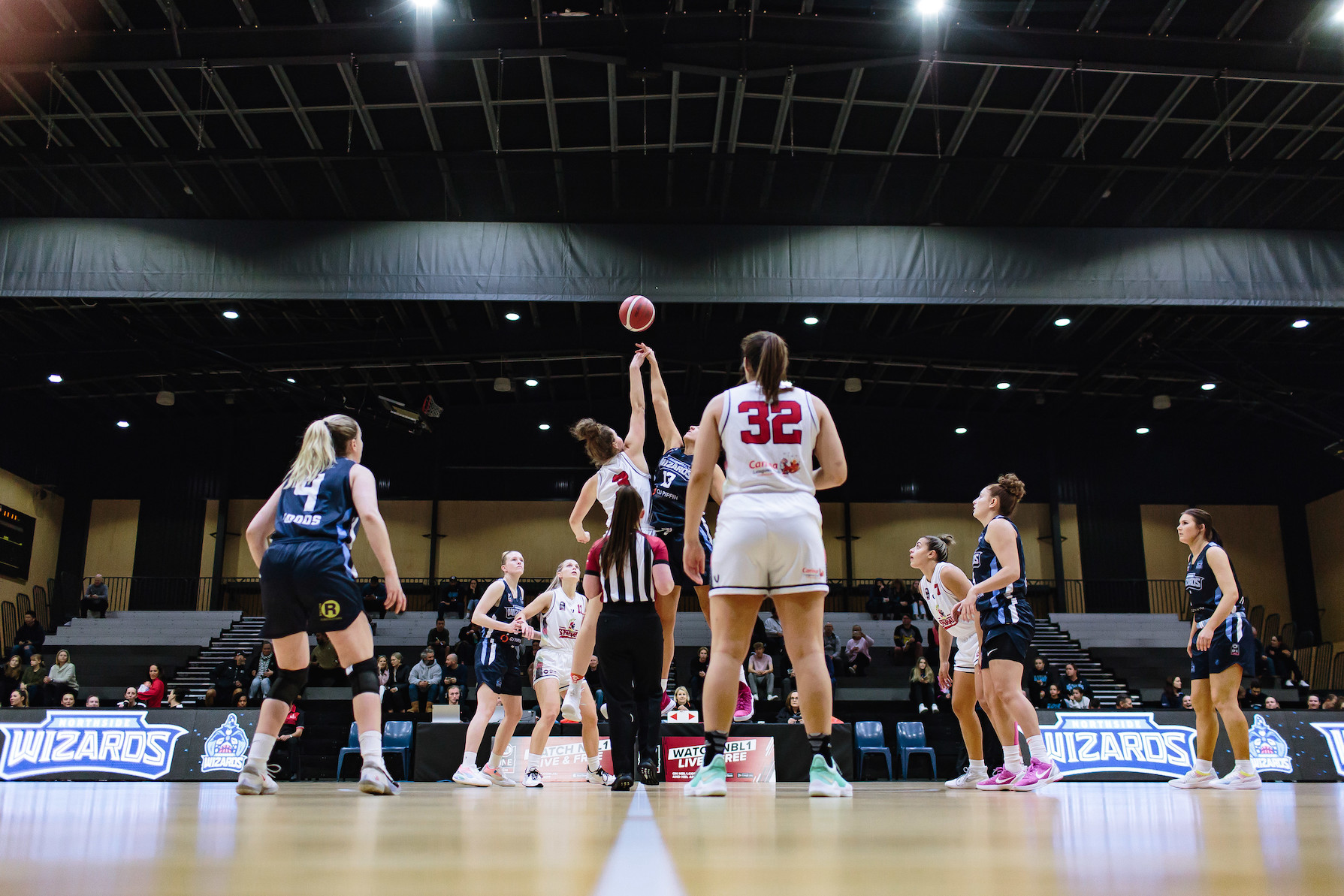 THE long awaited return of the National Basketball League (NBL)1 North is set to get underway with a bang as finals start immediately. After a COVID-19 enforced break, the top eight sides will return to the court as they battle it out in the qualifying finals in hope to make it through to the next stage.

Although it has been a while between drinks, the Southern District Spartans are the form side in the competition sitting pretty atop of the ladder and even more so when looking at their clash against the Wizards having won all five of their past five games. Conversely the Wizards have managed just the one win in the same amount of games making for an intriguing contest.

The Spartans have a couple of familiar faces across the squad that have displayed their ability to stand up at the big moments and get the job done. One player that springs to mind is Nadeen Payne with the forward racking up an average of 18.08 points, 7.08 rebounds and 0.50 blocks a game. Maddison Rocci is another excitement machine for the Spartans with the guard averaging 17.25 points, 5.75 rebounds and 4.91 assists a game, while Kalani Purcell can turn a game on its head thanks to her 13.08 points, 9,66 rebounds, 3.33 assists and 0.66 blocks.

The Wizards have only played 12 games this season but that has not stopped Courtney Woods from exploding each time she steps out on court, leading the charge with her 21.16 points, 6.66 rebounds and 2.41 assists. If the Wizards are to cause an upset they will need help from the likes of Tiana Mangakahia who averages an impressive 20.50 points and 5,30 assists, while Georgia Woolley will be the other one the Wizards will need to have a big game given she averages 14 points, seven rebounds, 2.41 assists and 0.50 blocks. Regan McCarty is another one to keep a watchful eye on.

Expect the battle between the Thunder and Capitals to be an enticing one as they fight tooth and nail to claim the upper hand and passage through to the next stage of finals. Logan Thunder are on an impressive winning streak, while the Capitals suffered a little hiccup dropping two games straight before stringing together two straight wins. The Thunder leak the fewest points of any team in the top eight, making them incredibly hard to score against meaning Brisbane will need to bring their A-game if they are to upset the applecart.

The Thunder are littered with scoring options with both Mikaela Reuf and Mikaela Cann able to explode out of the blocks. Ruef leads the way for Logan with her 19.53 points and has proven to be a menace off the boards with her 17.46 rebounds, 3.76 assists and 0.92 blocks. Cann is a dominant figure for the Thunder with her 14.46 points, 4.30 rebounds and 7.61 assists. Ashley Taia and Carla Drennan are both more than capable of hitting the scoreboard while Chevannah Paalvast is also a force to be reckoned with dragging in four rebounds, 2.53 assists and 0.76 blocks a game.

The Capitals will be hoping that Meg Essex is up and about nice and early to apply some strong scoreboard pressure given she averages 18.20 points a game along with 7.20 rebounds. Brooke Blair will need to hit the scoreboard in a big way as will teammate Anna Cameron if they are to ruffle some feathers in this match-up. Cameron averages a double-double thanks to her 11.07 points and 10.14 rebounds while Madison Woodford is also a game changer.

Finishing third in the home and away season the Townsville Flames will be hoping to impose themselves against the lower ranked Gold Coast Rollers. With 10 wins to their name as opposed to their opponents seven, Townsville will be eager to keep their winning ways rolling and continue that upwards trajectory. Both the Flames and Rollers enter the finals off the back of a win meaning confidence will be high.

There is a reason the Flames finished the season inside the top four and one of those reasons is Stephanie Reid. The guard averages an impressive 20.53 points, while she has also proven to be a key facilitator with ball in hand racking up 5.84 dimes a game. Mia Murray is no slouch producing 17 points and 6.07 rebounds a game, while Jaimee Seebohm has showcased her class with her 7.76 points, 6.07 rebounds, 3.38 assists, 2.46 assists and 0.61 blocks. Keep in mind that Micaela Cocks is also capable of causing a few headaches with her proficiency on the scoreboard and playmaking skills.

For Gold Coast it will be up to Lauren Mansfield to lead the charge averaging 20.28 points. It does not stop there for the guard who manages to pull down 4.71 rebounds and a team-high 5.85 assists. Casey Samuels can light up a court if given enough time and space averaging 18.66 points and 7.58 rebounds while she has also flexed her muscles in defence thanks to her 0.50 blocks. Aimee Durbidge is a livewire as is Lily Rotunno and the pair will need to turn it on if they are to beat the Flames.

In what could be the game of the rough with the fourth placed Mackay Meteorettes and fifth place Sunshine Coast Phoenix it will all come down to which team is able to stick to their structures. The Meteorettes are known for their proficiency on the scoreboard averaging 81 points a game while the Phoenix manage 10 points less with 71 points. If Mackay are able to expose the Phoenix it could go a long way in setting them up for the win but if Sunshine Coast can buckle down and put in the defensive hard yards it could be a different tale.

The last time Chelsea Brook was out on court she drained an impressive 32 points and will be hoping to replicate those feats once again in their qualifying finals clash. Skye Rees is another one able to explode out of the blocks averaging 8.92 points and 3.14 rebounds a game while teammates Courtney Virgo and Sara Storeshaw will be eager to keep the good times rolling with a strong performance.

The Phoenix will be hoping that Kathleen MacLeod is able to hit her straps and keep the scoreboard ticking over. She averages a team-high 19.30 points a game while Amy Browne is the other one to keep a close check on. Browne features in the top four in three out of the four main statistical areas thanks to her 16 points, 8.07 rebounds and 2.15 assists. Jennifer Carden-David and Caitlin Clancy are both more than capable of plying their trade and will need to bring their a-game to get the Phoenix over the line.