2021 NZNBL Round 9 preview: Wellington match goes ahead as league adapts to COVID-19 restrictions 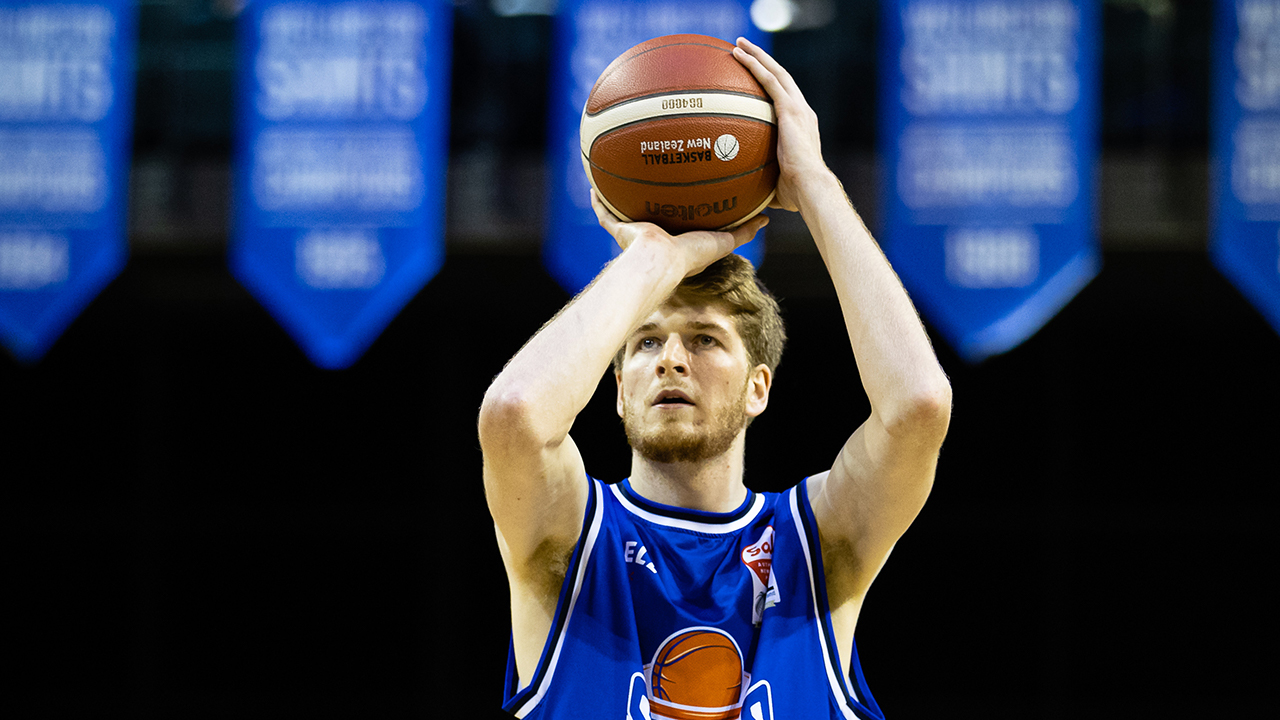 FOUR rounds remain in the hotly contested New Zealand National Basketball League (NZNBL), as the top four sides have created some separation from the remaining six, though a mid-table logjam means that some of those fifth-eighth teams could give it a shake with a lot of luck.

In what is simply a must-win for both sides, and particularly for Franklin Bulls in the scheme of their season, the eighth placed Bulls take on the fifth placed Canterbury Rams. The wounded Bulls are a loss away from having a line put through their season – if the ink was not dry already – whilst for the Rams, a win means they keep in touch with the top four, as Otago Nuggets sit just a win ahead. Franklin Bulls are 2-4 at home with the Rams 1-4 on the road, which shows neither side has been particularly successful in those areas. Kyrin Galloway (11.5 points, 4.5 rebounds and 1.2 blocks) and Manuel Ayol (13.7 points, 6.7 rebounds and 1.7 steals) are two who have come in and made an impact for the Bulls, whilst Isaac Davidson (8.0 points, 5.0 rebounds and 2.3 assists) is just warming up. It will take quite an effort to beat the likes of EJ Singler (17.3 points, 7.8 rebounds, 4.9 assists and 2.0 steals), Deshon Taylor (22.1 points, 5.1 assists, 4.8 rebounds and 3.0 steals) and Quintin Bailey (11.2 points, 4.5 rebounds).

In the now standalone Friday night game, Taranaki Mountainairs will host Manawatu Jets in a bottom two clash. Back at home where they grabbed their only win this season, the Airs have a chance to double their win tally in season 2021, sitting at 1-11 from the year. The Jets are not much better with a 3-9 season, though they have come incredibly close to a number of other victories. The Airs are 1-5 at home and the Jets are 1-6 on the road, so one side will grab its second win from those parameters. Marcel Jones has been a lone hand for the Airs all season, racking up 21.4 points, 9.8 rebounds, 3.7 assists, 1.4 steals and 1.3 blocks to lead his side in every statistical area. Carlin Davidson (8.2 points, 4.6 rebounds, 2.1 assists and 1.2 steals) and Haize Walker (9.1 points, 3.5 assists and 3.3 rebounds) have been the next best for the Airs. The Jets have had no trouble finding some big scorers, with Daishon Taylor (22.8 points, 5.0 assists, 4.3 rebounds and 2.0 steals), DeAndre Daniels (16.3 points, 9.2 rebounds and 2.3 blocks) and Shane Temara (15.7 points, 9.3 rebounds) all making their presence felt.

Another mid-table side desperate to keep in touch with the top four is Auckland Huskies, who will tackle the top of the table Southland Sharks. The Sharks are yet to lose at home, winning five straight at ILT Stadium, and will go in as raging favourites, having amassed a 10-3 record this season. Having played the 13 games compared to the second placed Hawkes Bay Hawks’ 12 (9-3) and third placed Wellington Saints’ 11 (9-2) they have less games in hand, so will be keen to keep winning and avoid one of those sides in the final four. The Huskies are 2-3 on the road, so will need to be at their best to cause an upset. The Sharks have had remarkable consistency, with all five of their starters playing every game, and starting in every match bar one the exact same way. Dom Kelman-Poto (16.8 points, 8.6 rebounds and 3.4 assists), Josh Cunningham (12.3 points, 8.3 rebounds and 2.2 assists) and Courtney Belger (13.1 points, 5.1 assists, 3.5 rebounds and 1.9 steals) are the red-hot trio to watch. Chris Johnson has been the star for the Huskies, averaging 20.9 points, 10.0 rebounds, 2.7 assists and 1.8 blocks in 10 matches for Auckland. Teenage star Dontae Nance (13.1 points, 3.1 rebounds, 2.9 assists and 1.6 steals) and Brooke Ruscoe (14.1 points, 3.5 rebounds, 3.0 assists and 1.7 steals) have been other consistent contributors.

The second placed Hawks enter the round with a home game up against Franklin Bulls, With the Bulls coming off a match a couple of nights before, the Hawks will be keen to use fresh legs against the Bulls in the Saturday night fixture. They are yet to lose at home from six matches, so will be heavily favoured to pick up their 10th win of the season and keep touch with the top of the table Sharks. The Hawks have six players with double-digit point averages, led by Devondrick Walker (18.7 points, 5.1 rebounds, 4.7 assists and 1.4 steals) and Ethan Rusbatch (18.65 points, 4.8 rebounds, 1.5 assists and 1.2 steals), whilst Hyrum Harris (13.3 points, 7.4 rebounds, 3.5 assists and 1.7 steals) has contributed across the board for the impressive Hawks.

Originally scheduled to be their second game of the round, the Wellington Saints now take on the Hawkes Bay Hawks first on Sunday evening at TSB Bank Arena. Due to the COVID-19 restrictions in Wellington, the Saints’ visiting clash against Nelson Giants was moved from Friday night to the following Wednesday night, whilst the Sunday night battle with the Hawks remained at the same venue and time, but with no crowds allowed in. Expect the Saints to create their own atmosphere in this massive top three clash, with both sides heading into the round with nine wins, though the Hawks could have notched up their 10th by this stage. The fresh legs and home court should hand the Saints a strong advantage. Dion Prewster has led from the front with 19.8 points, 5.8 rebounds, 4.6 assists and 1.6 steals, whilst Kerwin Roach (17.0 points, 6.3 rebounds, 4.8 assists and 1.7 steals) and Tohi Smith-Milner (12.6 points, 6.5 rebounds, 2.9 assists and 1.2 steals) have also stood out.

Also on Sunday night is the fourth placed Otago Nuggets hosting the Huskies in what is a tough weekend for the sixth placed Huskies. Auckland will not want to lose both its games this weekend, whilst depending on results, the Nuggets can bridge their gap on the mid-table sides even further with a win in this game, though can close the gap right up with a loss. Sam Timmins is in some remarkable form for the Nuggets, hard to stop close to the basket at both ends, the big man is averaging 18.8 points, 12.9 rebounds, 4.0 assists, 1.4 steals and 1.4 blocks from 12 games thus far in season 2021. Isaiah Moss (19.6 points, 5.6 rebounds, 1.8 assists and 1.2 steals) and Geremy McKay (13.3 points, 6.5 rebounds and 2.2 assists) have been others who have also amassed big points totals.

A five-day delay has seen Nelson Giants host the Saints at the Trafalgar Centre as a standalone Wednesday night fixture. The Giants are 5-7 and on the verge of being knocked out of finals contention, but a huge upset here and they are back on track. The Saints are 2-2 away from TSB Bank Arena, whilst the Giants are 3-3 at home, but it will take a huge effort to topple Wellington in this clash. American duo Hunter Hale (26.9 points, 5.1 rebounds, 4.6 assists and 2.9 steals) and Donte Ingram (17.3 points, 7.0 rebounds, 2.5 assists and 1.7 steals) have done the bulk of the damage this season, whilst Sam Dempster (6.5 points. 7.2 rebounds and 1.8 assists) has been a huge influence off the boards.