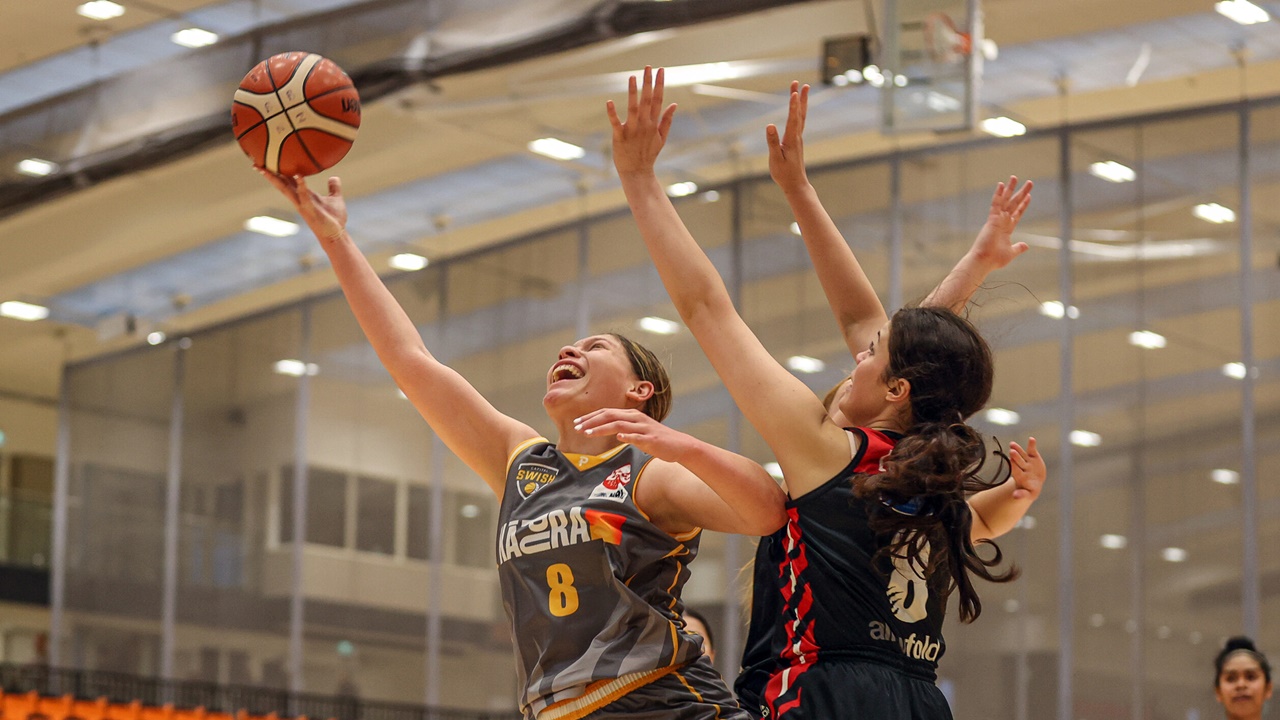 THE 2021 Sal’s New Zealand National Basketball League season is right around the corner with 33 games to be played across five action-packed weeks. As we look forward to the first tip-off, Draft Central will be previewing each of the six teams competing for championship glory, continuing with the Capital Swish.

The Swish’s 2020 campaign ended with a 13-point loss to eventual champions Harbour Breeze in the semi-final, but with the new season just a couple days away, general manager Damien Ekenasio said the players are “very excited to kick things off again”.

The return of Letava Whippy for another season was the best news to come in the off season, following the captain’s brilliant 2020 campaign, where she averaged 12.7 points, 9.8 rebounds, 4.3 assists and 3.7 steals per game, on her way to a well-earned place in the league’s All-Star Team. Ekenasio had nothing but praise for Whippy, discussing her actions on and off the court.

“Letava is everything that I believe our club is about… she not only holds a high level of integrity and respect across our community, but she epitomises everything that our club stands for, so she was definitely one of our first signings.”

“She’s nurturing our young girls, and a lot of our team respect her… she is just a beast out on the court, and she never backs down from a challenge,” Ekenasio said.

The Swish have also secured the signatures of Stella Beck, Josie Stockill and Jacinta Beckley who have all either been in Tall Ferns frame previously or are still vying for a spot in the national team. Maia Jean Watene is also returning after giving birth to her child, while Te Araroa Sopoaga is another handy signing after she won the Youth Player of the Year award last season, wearing the Gold Rush uniform.

While Ekenasio said the Swish are “not just here to make up the numbers” and the goal is to give it a “good shot” and maybe win the competition, there is a broader focus on developing basketball players at the Swish and focusing on the community.

“The big picture is building the program, what does it actually mean to be a Swish player,” Ekenasio said. “We want to build the culture of the organisation and that understanding of giving back to the local community and also what it takes to wear the singlet and represent the region. “The main thing for us is, we want to be the club of choice.’

Coach Brendon Polybank takes over the reins after previously being an assistant coach at the club, and with quite a few players having been around the club previously, Ekenasio said Polybank has built a good rapport with his players and allowed them to have input into the style the team wants to play this year.

“We’re a relatively mobile team we feel, so the idea is to give our players the freedom to go out and express themselves, and the reality is just to play for each other and represent the region as best as they can,” Ekenasio said.

The Swish scored the second least number of points last season, averaging 60.3 points per match, while also conceding the second most points in the regular season (332 in total), so there will no doubt be that particular focus on working together as a team to improve both their offensive and defensive numbers.

As the new campaign edges closer, Ekenasio admits the Swish haven’t had the most ideal preparation for the upcoming season, but he credited a team weekend away in Ōtaki as a good time to meet and understand each other as well as learn more about the values of the team and its alliances within the community.

With a couple of intriguing battles against the Gold Rush and Wizards awaiting them in round one, the Swish have their chance to put all their efforts off the field into practice, and potentially come away with two very solid victories to start the year.

All 33 games will be played at Pulman Arena in Takinini, South Auckland, and make sure you’re watching Sky Sport in New Zealand for all the live action.