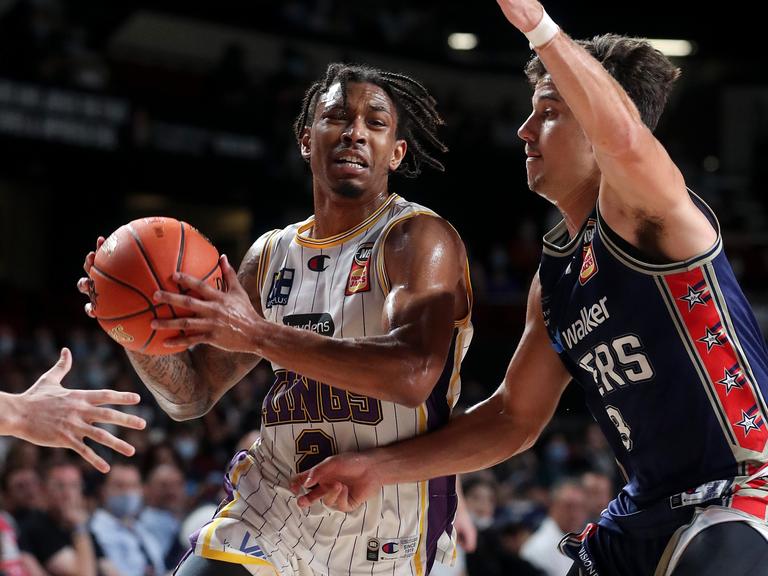 THE good players just get it done time and time again don’t they? Sunday afternoon’s National Basketball League (NBL) action kicked off at Adelaide Entertainment Centre, where the Adelaide 36ers hosted the Sydney Kings when the two sides locked horns. It was Sydney’s match to lose coming into the contest, given they had managed to sneak into the top-four with some impressive play of late. However, the 36ers were not just going to roll over and hand over the win without a fight, especially in front of their home crowd. This resulted in a cracking contest that went right down to the wire, with neither side able to truly break away and grab a commanding lead. The game was tied in the closing stages, until Sydney’s magic man got the job done once again to give his side the victory.

Adelaide began the match in fantastic style, grabbing a quick five-point lead in the opening couple of minutes. Their offence looked as dangerous as it has been in weeks. As everyone expected, the Kings clawed their way back into the contest, thanks to a couple of trips to the free throw line. The 36ers fired once again, hitting three shots from downtown in a row to retake the advantage and stretch it out to eight points. This was shortlived, as Jaylen Adams hit three long-range bombs in the space of two minutes, reducing the deficit to just two points by the time the first term concluded.

The second period panned out in very similar fashion to the first, with Adelaide looking to grab control of the contest early on. Daniel Johnson and Cameron Bairstow began to get involved for Adelaide, but the home side could not curb the influence of Adams, who managed to score or assist on most of his side’s points. His efforts kept the Kings in the contest, but the last few minutes of the quarter belonged to Adelaide’s firey guard Dusty Hannahs, who came off the bench and scored six points in quick fashion. At the end of the first half, the 36ers still led by two points, setting up a thrilling finish to the game.

The third period was as closely contested as it could’ve been, with both sides trading baskets in some seriously high-quality action. Neither side was able to gain the upper hand, as each shot was almost immediately answered up the other end, with the margin never exceeding four points. A lay-up to Angus Glover looked likely to give the Kings the lead heading into the final term, but a couple of quick buckets to the 36ers in the final minute of the term saw the margin end up unchanged after an exciting period.

Adelaide looked extremely likely to break away to a match-winning lead in the first half of the final term, breaking away to a five-point lead early on and holding this for much of the period. The Kings fought back to erase this deficit completely, and what followed was some insanely exciting back-and-forth action with the match in the balance. Fresh import Ian Clark‘s three-pointer gave the Kings a four-point advantage with just over a minute to play, but Adelaide was not done yet. Johnson and Hannahs each drained clutch buckets to tie up proceedings with 40 seconds to play, likely sending the match to overtime. Enter Adams. The MVP-candidate (possibly favourite) was once again the hero, drilling a step-back three with just four seconds remaining, and when the 36ers could not answer, he became a match-winner, not for the first time this season.

For the victors, it would be hard not to mention the efforts of Adams, even though he is making us sound like a broken record. He was simply terrific again, delivering a statline of 26 points, eight assists and three steals (chuck in a game-winner while you’re there), continuing his remarkable season. He had some fantastic help from teammate Xavier Cooks, who produced a double-double of 25 points and 10 rebounds. For the 36ers, Hannahs was the standout with 24 points in just 20 minutes of action, giving Adelaide a massive scoring boost off the bench.