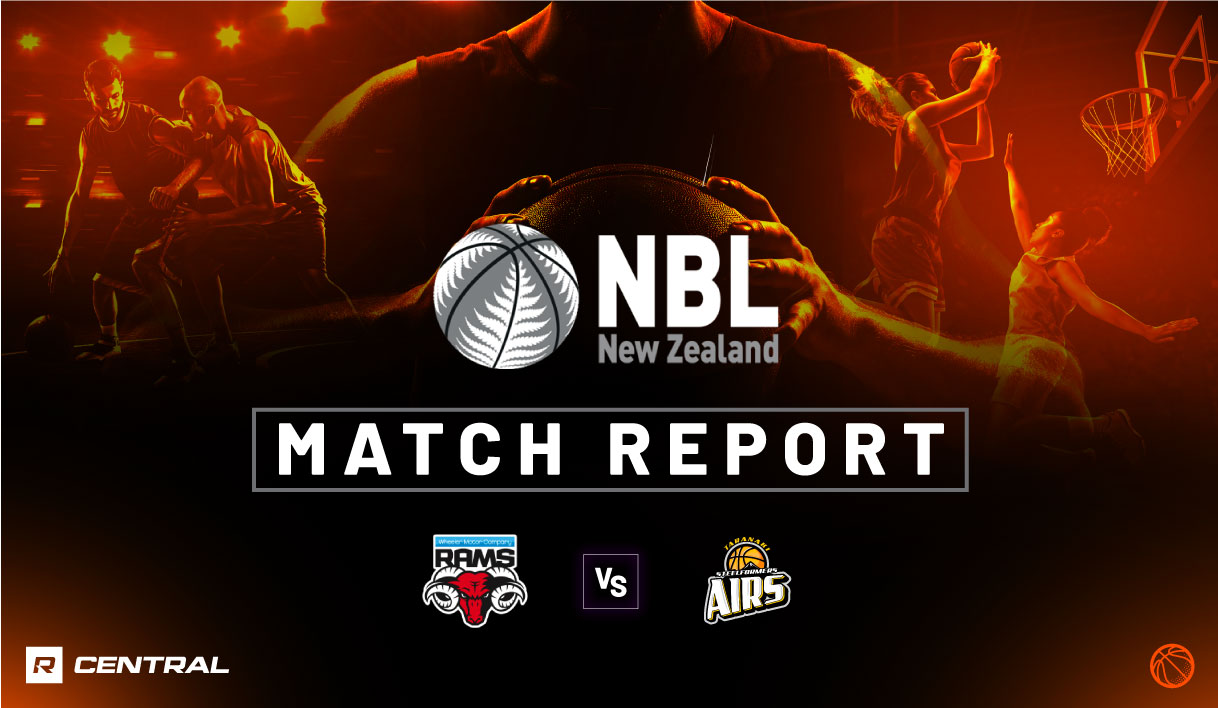 AFTER trailing at quarter time, Taranaki Mountainairs have proven too strong for Canterbury Rams to just about secure their top six spot with a 17-point victory at Cowles Stadium. Travelling to Canterbury to try and move a win clear inside the top three, Taranaki did just that, bouncing back from a strong start from the Rams to win the last three quarters, including a dominant 55-39 second half to secure the 87-70 win.

Taranaki Airs came into the match with the Canterbury Rams as favourites, though were only a win clear, with the Rams at 7-7 from the season. It was actually the home team that got off to the better start, scoring 17-15 in the opening term and leading by two points at quarter time. That soon flipped the other way by half-time, as the Airs won the next term 17-14 to take a one-point lead into the main break. Javonte Douglas and Anthony Hilliard had been key players for the Airs in the first 20 minutes, while Matthew Moyer and Larry Austin were busy for the Rams.

The second half is where the game really opened up for the Airs, slowly but surely building a match-winning lead. They outscored the Rams 26-17 in the third term to lead by 10 points at the last break, then piled on 29 points to 22 in the final stanza. The final margin of 17 points was ultimately the game-high difference between the sides, after the Airs had reduced it back to single digits in the final few minutes. In the end though, it would be the Airs coming away with the 17-point victory, 87-70.

Taranaki dominated the stats sheet, winning in most areas. They shot at a higher clip of 44 to 34 per cent, including 54 per cent from inside the arc. Neither side could really impact from three-point range, but the Airs had far more chances at the charity stripe, scoring 22 from 29, while the Rams had just the seven from 10. The Airs also dominated the rebound (55-42) and assist (23-16) counts, and had eight blocks to one. The Rams had less turnovers (12-16), but both sides scored 11 points from turnovers, as well as as identical amount of points in the paint (44) and second chance points (10).

Douglas was enormous to collect the 10 Most Valuable Player (MVP) votes in the win, scoring 18 points and 17 rebounds in a huge double-double performance, but also racked up seven assists and four blocks to get it done at both ends. Hilliard (19 points, seven rebounds and three assists) was also productive, while Shaun Willett picked up the 19 points, seven rebounds and two assists off the bench. Moyer (20 points, 15 rebounds and two steals) was the standout for the Rams, well supported by Austin (18 points, six rebounds, three assists and three steals.

Taranaki Airs next face Southland Sharks on July 22, while Canterbury Rams’ Round 13 opponent is Nelson Giants on July 23.