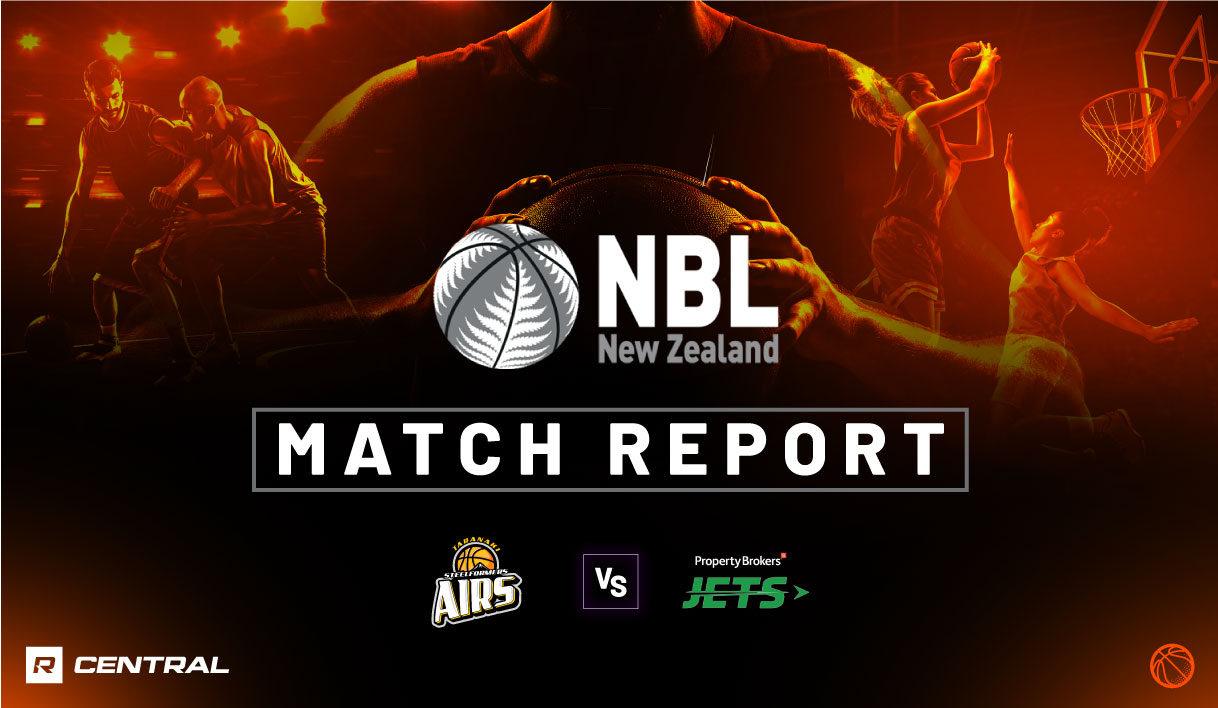 IT was a night where records were broken, as Taranaki Mountainairs and Manawatu Jets put on a show for the crowds in an incredible 231-point clash in the New Zealand National Basketball League (NZNBL) last night. The game recorded the highest individual team score with the Airs’ 131, whilst the 231 recorded points was also a season high. In the end, the home team got the job done against a plucky Jets outfit, picking up the 131-100 victory.

Neither of the teams had set the world on fire coming in, both with four wins, though the Jets had found some ripping form of late since starting poorly. They stood at 4-6, with the Airs at 4-5 in what a really a must-win contest for both sides. The first term was a signal of what was to come, with a whopping 59 points put on the board, and the Airs leading 32-27. Both sides had changed the leads throughout the first 10 minutes of the match, with the Jets’ Zane Najdawi putting his side back in front with 2:12 on the clock. They would again draw level, but by the time Carlin Davison drained the three points with 68 seconds on the clock, the Airs were back in front and would not lose the lead for the rest of the game.

The last three quarters were a parade fo the Airs, who gradually built up the lead. By half-time, their buffer was out beyond double-digits thanks to a 29-22 second term. With the difference at 12 points a minute into the third, the Airs put the foot down, with the like of Davison, Javonte Douglas, Anthony Hilliard and Marcel Jones helping score 16 of the next 18 points to blow the lead right out to 24 points in the space of a few minutes. John Bohannon and Shane Temara did their best, but the deficit was still 25 points at the final break. The Airs were just too strong, winning the first term 26-20 and recording the 131-100.

Manawatu Jets will take on Hawke’s Bay Hawks in a special Tuesday fixture, whilst Taranaki Airs have back-to-back games coming up against Nelson Giants and Wellington Saints on July 2-3.