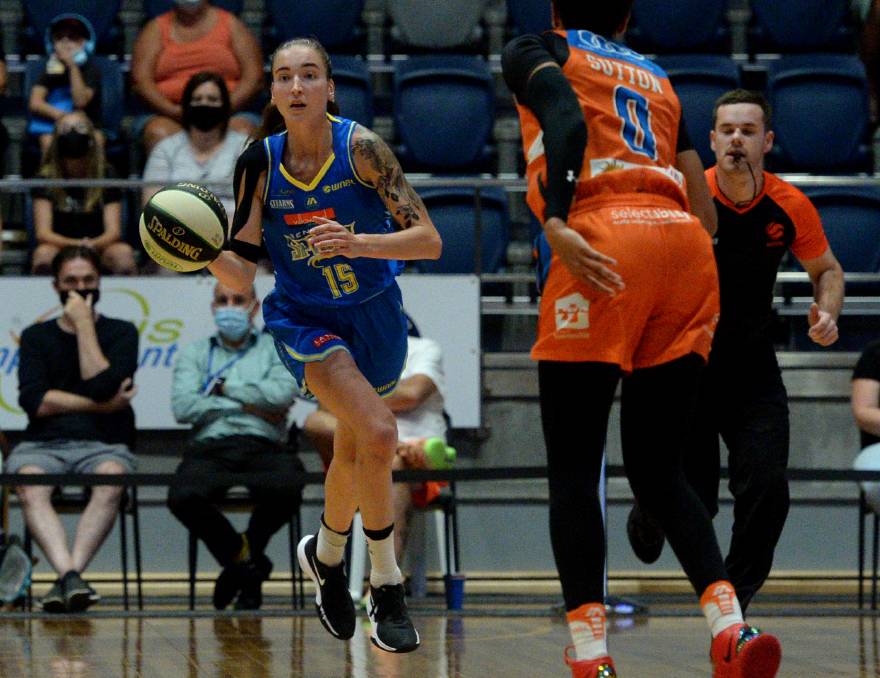 ROUND 11 of the Women’s National Basketball League (WNBL) kicked off on Thursday night, with a planned double-header whittled down to just one clash due to the Flyers cancelling their matchup against the Capitals. Instead, it was a match between the Bendigo Spirit and the Townsville Fire that kicked things off for the round. The Fire entered this match as favourites, given they had enjoyed a decent season to date, and the Spirit were struggling for much of the year. However, instead of the one-sided affair that some may have been expected, it was the Spirit who were able to walk away with the upset win in front of a hostile away crowd at Townsville Entertainment Centre, emerging victorious to the tune of five points in a thriller.

The match opened with the Fire getting off to an ideal start, grabbing an early lead thanks to some excellent work inside from Monique Billings, who scored the first five points for her side. The Spirit were able to weather the storm and keep themselves within arms reach in this time, even taking the lead early in the second half of the period. However, after claiming a 13-12 advantage, the visitors soon lost the lead as the Fire began to excel with ball in hand, extending the margin out to five points at quarter-time.

The second term saw the Spirit fight back to take control of the contest, delivering one of their stronges quarters of the 2021/22 season. They were able to chip away at the lead in the first half of the term, with the score sitting at 26 apiece after four minutes of play. For the remainder of the term, Bendigo was able to fire on all cyilinders, with players such as Megan McKay and Madeleine Garrick heavily involved in this time. By the time the main break rolled around, the Spirit had turned their deficit into a one-point lead.

The third period proved to be thoroughly entertaining, with some seriously tense back-and-forth action between the two sides. The teams traded baskets as the lead changed hands a number of times. The Spirit looked set to break away from their opponents, when Anneli Maley‘s jump shot stretched the lead out to six points. However, the Fire were not giving up without a fight, keeping the margin around this mark for the remainder of the quarter, and while they could not cause a further dent in the lead by the time the final break rolled around, they were able to stop the bleeding and give themselves a chance in the final period.

The fourth quarter was jam-packed with just as much exciting action as the third, with the Fire getting themselves right back in the contest in the opening minutes of the term. Townsville’s Courtney Woods gave her side the lead with a free throw with three minutes to go, but the Spirit were able to rally behind Alex Wilson and Maley to drive themselves home to a massive win in the context of the standings.

For the victors, there were none better than Maley, who was simply unstoppable at times during her side’s five-point victory. She has been in ripping form all year, and was able to get the reward for effort in this contest, finishing with a monumental effort of 25 points and 19 rebounds. It was a Herculean performance that ended up being match-winning. For the Fire, Billings fought tooth and nail to drag her side over the line, pouring in 23 points and 12 boards, while teammate Stephanie Reid also had a double-double of 11 points and 10 dimes.