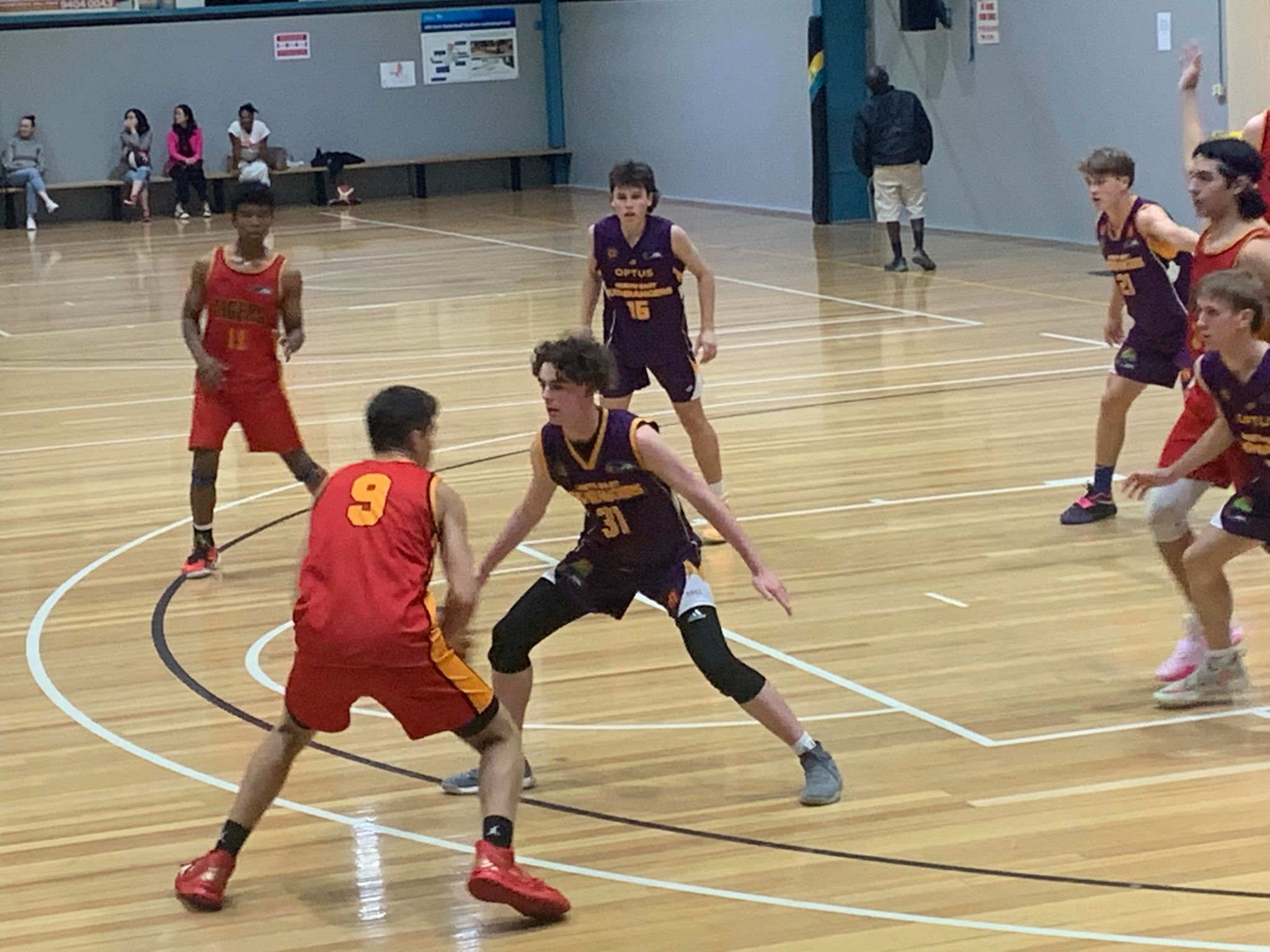 AFTER two rounds of Victorian Junior Basketball League (VJBL) Under-18 Boys action, Melbourne reigns supreme in its division. The Tigers remain the only undefeated side in the VC Watson competition, thanks to a gritty win in Round 2. On Friday night, they took on Wangaratta at Mill Park Basketball Stadium to kick things off for the evening’s schedule, and what a cracking game it was, with both sides producing some entertaining play on both ends of the court.

Melbourne entered the match as favourites, given it was able to get a win in the opening round of the season, unlike its opponents. Still, given how early it is in the season, nothing is certain and any side is capable of taking down their opponents. With the two teams delivering similar styles of play, it ended up being quite a back-and-forth affair, with the Tigers emerging winners to the tune of eight points, placing themselves at the top of the standings as they embark on a promising 2021/22 campaign.

The Tigers kicked off the match in style, getting going on both ends of the court in the opening minutes of the game. Wangaratta could not get its shots to fall in the first term, missing a few wide-open shots and struggling to overcome the interior defence the players faced. On the other hand, Melbourne was able to find the bottom of the net on a number of occasions, and took a seven-point lead into the first break.

The second term saw scoring drop again, as both sides picked up their work on the defensive end of the court in a big way. A big point emphasis for the two sides was moving the ball to create open shots, with a number of cross court passes seeing players from both teams wide open for three, however not many of these ended up going in, as Melbourne’s lead was extended to 10 at half-time.

Wangaratta was finally able to fire for the first time this match in the third term, outperforming its opponents to get back into the contest. The visiting side showed the ability to hit shots from both inside and outside of the arc, and their offence finally started to get rolling on the back of some terrific team play. Suddenly it was a tied game heading into the last, and the Tigers were on the back foot.

All of Wangaratta’s momentum appeared to come to a stop in the fourth quarter, as they found themselves trampled by a determined Melbourne side. The Tigers were back to their best as they moved the ball to get the best shot possible, while the Wangaratta defence scrambled to cover any open players created from this. In the end, it was too much as Melbourne grabbed their second win of the season with a tough performance.

For the victors, Eitan Ben-Moyal led the way with 17 points, with much of the offence running through him and his ability to create a scoring opportunity off the dribble. He had some nice help from big man Jack Whitbourn, who often took advantage of the smaller matchup in the post on his way to 12 points. For Wangaratta, Lochlin Harvey fought hard to keep his side in the match with 15 points of his own.