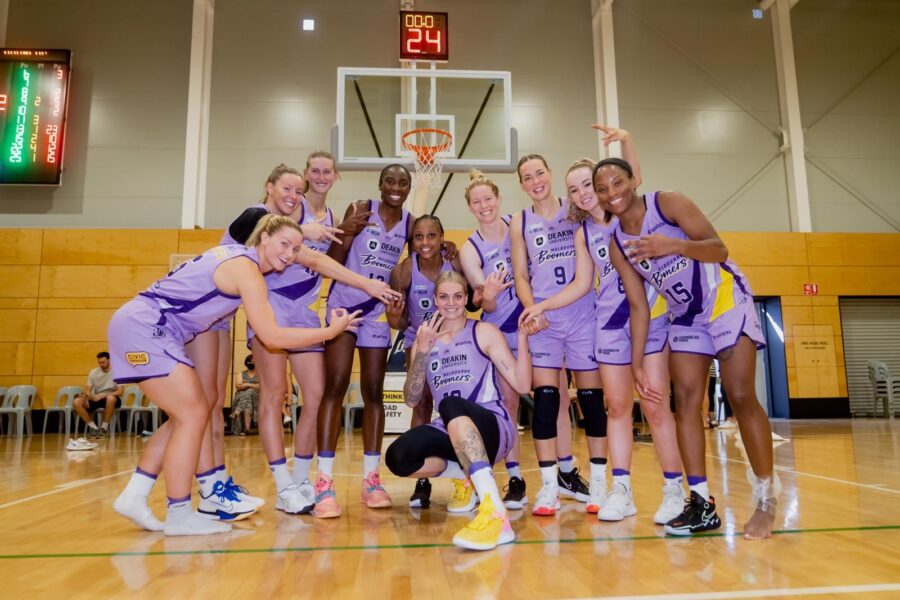 A MIND-BOGGLING 15 points to two in the final term from Melbourne Boomers against Adelaide Lightning sent a message to the rest of the Women’s National Basketball League (WNBL) ahead of finals. The Boomers, who were in control of their match against the Lightning, lead by 10 points heading into the final term, but then completely dismantled the Lightning offence to restrict them to just two points for the entire quarter and secure the 72-49 victory.

Though the last term was the most memorable, the Boomers won each of the four quarters, with a five-goal quarter time lead that built into an eight-goal half-time advantage. Double digits by the final break, the visitors made sure the home fans went home unhappy, applying the pressure in the final term to come away with the dominant 23-point victory. The result made it three consecutive losses to the Lightning – after back-to-back defeats at the hands of Perth Lynx, whilst the Boomers bounced straight back from a loss last start to move to an 11-5 record for the season.

The Boomers unsurprisingly controlled every facet of the game, with a field goal percentage of 40 per cent compared to the Lightning’s 26 per cent, and though they were poor from beyond the arc (20 per cent) the same as the Lightning, they were far more efficient from inside it (46 to 36 per cent). Melbourne easily won the rebound battle (53-35), as well as coming out on top in the steals, blocks, assists and second chance points. Critically they rounded out the performance with 40-18 points in the paint.

Eziyoda Magbegor (23 points, 14 rebounds and two blocks) lead the way, with three of her teammates in double-digit points. Cayla George also recorded a huge double-double of 12 points, 13 rebounds, four steals and three assists, whilst Tiffany Mitchell (15 points, eight rebounds, three assists and two steals) and Lindsay Allen (10 points, two rebounds) also stepping up when required. For the Lightning, there were many down on their usual performances, with Stephanie Talbot (10 points, six rebounds and three assists) and Alanna Smith (eight points, nine rebounds) the two best for the losing side.

Meanwhile in the other game, Southside Flyers finally grabbed their fourth win of the season to give themselves a chance of getting off the bottom of the table, defeating Townsville Fire by 21 points. Though the finals hopes of the Fire were already extinguished by their recent form after looking so promising early in the season, it was another nail in the coffin for the North Queensland outfit. The Flyers never looked like losing with a stunning 58-point opening half to lead y 21 points at the main break. Though the second half was even, the damage was done, and the visitors secured the 100-79 victory.

There was less to smile about from a Townsville perspective, but they still had some strong contributors. Courtney Woods (22 points, eight rebounds, four assists and two steals) and Steph Reid (18 points, seven assists, three rebounds and three steals) combined for 40 points between them, whilst Micaela Cocks (12 points, two rebounds and two assists) was the other to reach double-figure points. Impacting off the boards, Lara McSpadden (seven points, 13 rebounds, two steals and two blocks) and Zitina Aokuso (six points, nine rebounds) tried hard when on court.