Bulls bounce back to ground Jets 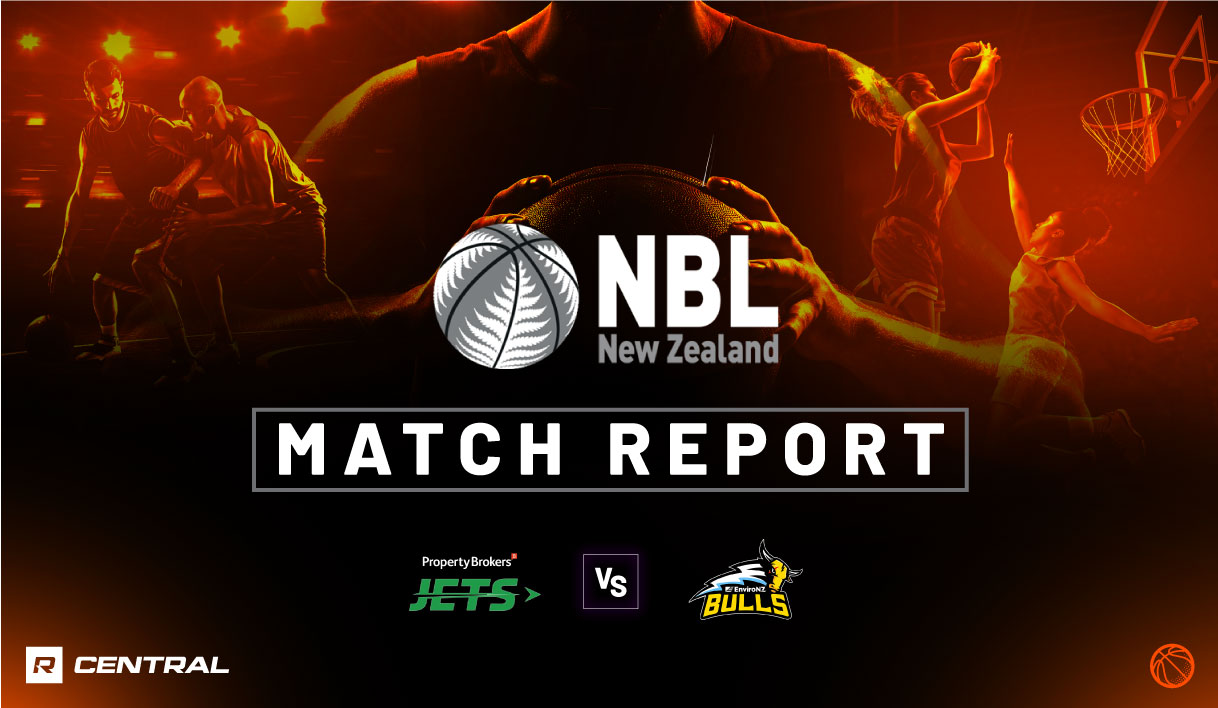 AFTER a loss the night before, Franklin Bulls bounced back in the best way possible, knocking off Manawatu Jets by 16 points on the road to move up to fifth on the New Zealand National Basketball League (NZNBL). The match was ultimately decided in the first half, as the visitors poured on 51 points to 36, and then held firm in a high-scoring third quarter to eventually secure the 99-83 victory at Ngā Purapura.

After losing to the Taranaki Airs the night before, the match against the Manawatu Jets on Thursday night was a critical one. Sitting just adrift of the top four as the season entered the final straight, the Bulls stepped up and silenced the home crowd early with 29 points to 18 in the first term. Trailing by up to five points in the opening term after Zane Najdawi and Pafe Momoisea scored seven of the first nine points, the Bulls clicked into gear, scoring 14 of the next 16 with Anzac Rissetto and Nathanial Potts in particularly strong form. Scoring machines Robert Crawford (Jets – 8 points) and Corey Webster (Bulls – 10 points) joined the party, with Franklin finishing off the term with six of the last seven points to extend the lead out to 11.

The game was far closer after the first term, with not much separating the sides. Franklin extended its lead out to 15 by half-time, after Crawford and Shane Temara closed the gap to four after three minutes on court. The second half of the second term saw the Bulls pile on 18-7, as Webster, Leon Henry and Denhym Brooke went to work. By the half-time buzzer, the Bulls lead 51-36 and were in control. That control was something the visitors maintained throughout the second half, answering each challenge thrown at them, including late in the third when the duo of Najdawi and Crawford closed the gap to eight points.

Triples from Henry and Webster and another basket from Rissetto ensured the lead was back out to double-digits at the last change. That was enough to settle the Bulls, as they scored 21 points to 17 in the final term to fall just short of the ton, and recording a 16-point victory, 99-83, to remain in finals contention. The Bulls scored as a higher clip (43 to 41 per cent) and had 20 more attempts from the field, showing the high volume of shots they put up. They had half the turnovers (10-20) and more steals (9-3) and points in the paint (38-30), as well as second chance points (21-13) and points from turnovers (26-8), while the Jets had more rebounds (45-42), assists (17-12) and blocks (5-2).

Webster was simply sensational for the Bulls, knocking down 34 points – 12 of 23 from the field and three of nine from beyond the arc – to go with six assists. Potts (19 points, six rebounds, two assists and two steals) was also busy, as Rissetto picked up a double-double (14 points, 12 rebounds) and Brooke chimed in with 17 points and five assists. For the Jets, Najdawi (28 points, seven rebounds, three blocks and two assists) and Crawford (23 points, five rebounds and four assists) combined for 51 points. Temara came off the bench for 19 points, four rebounds and three assists.

Manawatu Jet’s next opponent is Nelson Giants on Wednesday, July 13, while Franklin Bulls have an extended break until Saturday, July 16 when they lock horns with Hawke’s Bay Hawks.