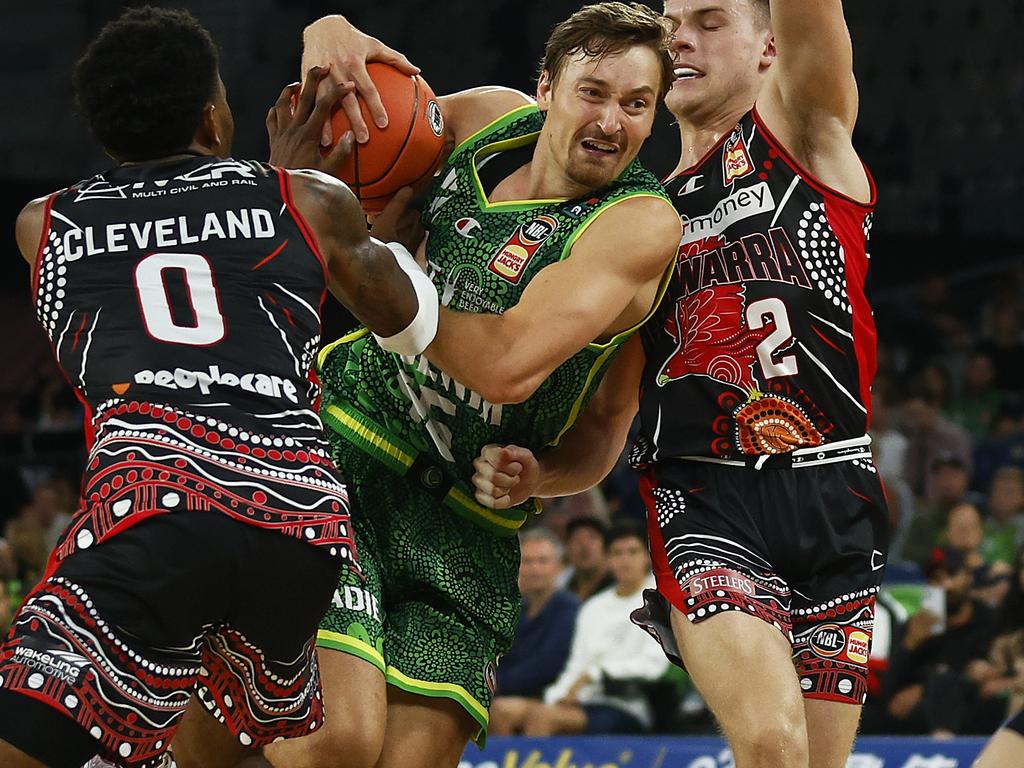 AS the weekend reached its conclusion, Round 14 of the National Basketball League (NBL) rolled on throughout Sunday, with the competition holding a triple-header across the courts. Some of the competition’s strongest sides were on show, as the top four begins to take shape as finals slowly approach with the league past the halfway mark of the season. On Sunday, these sides proved too good, as their opponents struggled to keep up with the class that was on display, with a trio of impressive outings for the comp’s genuine title contenders.

Proceedings kicked off at Adelaide Entertainment Centre, where the Adelaide 36ers welcomed the Perth Wildcats as they looked to claim an upset victory in front of their home crowd. This did not end up coming to fruition, with the visitors producing a clinical performance that proved too much for the 36ers in the end as they claimed a 19-point victory. The class of the Wildcats was on show, with their big three of Bryce Cotton (27 points, seven assists), Victor Law (22 points, 10 rebounds) and Todd Blanchfield (22 points, nine rebounds) proving to be the difference in the end. The trio were able to do as they pleased against the Adelaide defence, and this resulted in the Wildcats having no troubles registering a winning score. For Adelaide, Daniel Johnson fought valiantly on his way to 19 points and 12 boards.

Next on the schedule was the matchup between the Sydney Kings and the Cairns Taipans at Qudos Bank Arena on Sunday afternoon. The home side were expected to perform strongly in this matchup, given their form of late (which has seen them move into the top-four), and they did exactly that. The Kings produced a ripping offensive performance against the Taipans, showcasing their firepower if given the opportunity to do so. They were able to demonstrate the scoring depth of the team, with three players registering 18-plus points. Xavier Cooks was the standout with 23 points, 13 rebounds and five assists, while Jaylen Adams (21 points, four assists) and Jarell Martin (18 points, 10 rebounds) also impacted the contest in a big way. Despite the result, Scott Machado was terrific with a 26 points and eight assists, both of which were game-highs.

The final game of the day ended up being a ripper too, with the Illawarra Hawks claiming a crucial triumph over the SEM Phoenix at John Cain Arena on Sunday evening. The Phoenix came into this clash as the favoured side, as they have performed very well throughout the season, and the Hawks have struggled in the last month or so. However, Illawarra was able to produce one of their best performances of the season, particularly in the second half. The two sides could not be separated after the first two quarters of action, but the Hawks ended up being the better side in the second half, led by Xavier Rathan-Mayes and his game-high 19 points. Illawarra’s hopes of a top-four finish remain alive, and their credentials have strengthened by taking down a genuine contender.