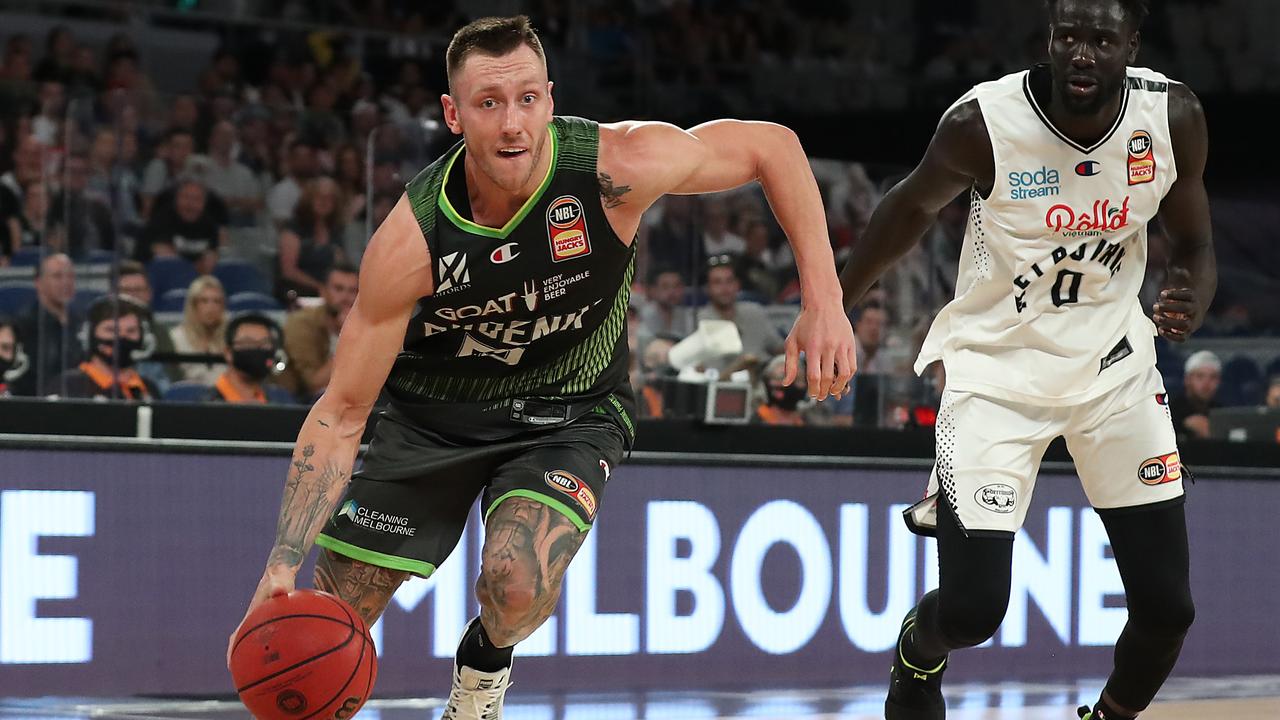 MISSING a number of crucial cogs, South East Melbourne Phoenix starred in overtime, taking down top of the table Melbourne United last night stealing a five-point win (97-92). The Melbourne Throwdown lived up to the hype, with the two sides leaving no stone unturned, fighting tooth and nail to edge each other out of the contest. But in the end it was the grit and determination of the Phoenix that secured them the win, while handing Melbourne United their second straight loss.

Undermanned with only six rostered players available, given Keifer Sykes, Dane Pineau, Adam Gibson, Kendall Stephens and new signing Ryan Broekhoff were unavailable, the Phoenix dug deep to lead for majority of the game and withstand everything United threw at them. Both sides came out with a point to prove and that was evident in the opening term of play as they put up a number of shots to keep the scoreboard ticking over. However it was the Phoenix that made United pay, posting 29 points to 24 taking a handy five point lead into the first change. Keeping that momentum flowing in the second term, South East Melbourne added to their tally with Mitch Creek impressing in all facets of the game to shoulder the load and establish a handy eight-point lead.

With a lot to play for in the third quarter, Melbourne started to kick into gear with some of their familiar names such as Jock Landale finding their rhythm while star import Yudai Baba got going. But it was not enough to worry the opposition who relied on the likes of Creek to steer the ship and provide that calming and composed element to the squad. Although United won the quarter 21 to 20 thanks to their increased offensive efforts they still faced a six point deficit heading into the final change.

Playing with more momentum and conviction across the court, United started to take advantage of the Phoenix’s tired legs. Mounting a comeback, United could smell blood, pressuring the Phoenix at every turn both physically and on the scoreboard to eventually take the lead at the three minute mark. Melbourne steadily added to their lead pushing out to as much as four points ahead before the Phoenix fought back through the hands of Creek who was having a game to remember. As the clock ticked down the momentum shifted between the two sides as they wrestled for any form of ascendancy once again drawing level with just over a minute to play before scoring dried up and they were stuck at 84 points apiece.

Cue overtime. Landale landed the first blow but from then on it turned into one way traffic as the Phoenix shifted up a gear determined not to let the win slip through their fingers. Their overall attack and intensity increased with Reuben Te Rangi stepping up to the plate to well and truly deliver while Melbourne simply could not compete falling victim to a Phoenix masterclass. It was an enthralling battle between the two sides, with plenty of heart in your mouth moments and exciting passages of play to keep fans, coaches and players alike guessing which way this match could turn. But in the end it was the Phoenix who walked away with the ‘W’.

Creek dominated in the outing with a season-high 31 points. He also managed 10 rebounds, with eight of them defensive plus three blocks in an all-round stellar performance. Kyle Adnam continued to impress boasting 18 points, two rebounds and eight assists while Te Rangi proved his worth with 12 points, eight rebounds and two assists. New Zealander Izayah Mauriohooho-Le Afa plied his trade in the win posting nine points as Ben Moore also had an influence on the game through his 10 points, eight rebounds and two blocks.

The usual suspects in Landale and Chris Goulding impressed for Melbourne United with the pair registering 22 points apiece. Landale managed seven rebounds, three steals and five blocks to accompany his 22 points while Goulding collected two steals and a rebound. Mitch McCarron provided a handy option producing 12 points, seven rebounds all of which were defensive and five assists. Jo Lual-Acuil just fell short of a double-double with nine rebounds and 10 points to his name as Baba and Shea Ili posted seven points apiece.