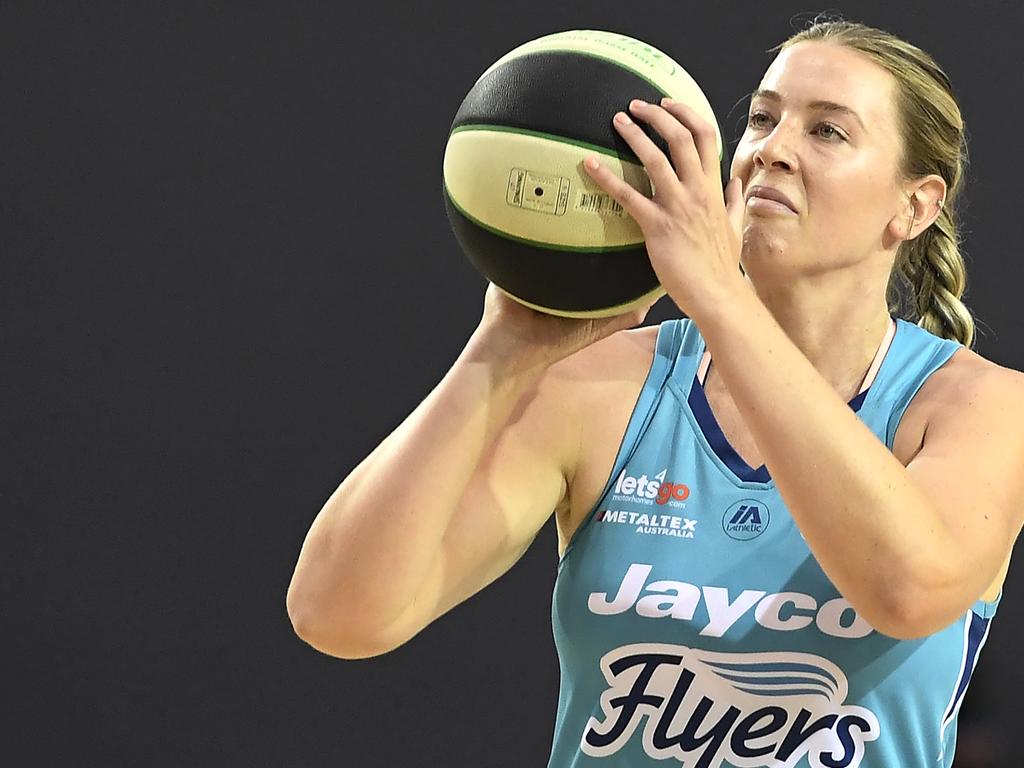 A Sunday afternoon of a triple header of Women’s National Basketball League (WNBL) hoops saw the Sydney Uni Flames host the defending champions, Southside Flyers at Qudos Bank Arena. The Flames were coming off a tough 32-point loss to the UC Caps earlier in the round, whilst the Flyers wanted to come into the game and add another win to stay in touch with the top four, after a nail-biting loss against the Perth Lynx.

After a fast start out of the blocks by the Flames, the Flyers made a fast finish. Having fallen behind by 15 points at three quarter time, they took the win by three points, 73-70, with key leaders like Rebecca Cole, Jenna O’Hea and Sara Blicavs stepping up at clutch moments to help their team take the win.

There were plenty of moments throughout the contest, with both teams having key players step up, as well as the comeback by the defending champions in an exciting and back and forth match.

Flyers’ experience and bench step up at clutch moments

For majority of the match, the Flames had the momentum swing their way. From the start of the third quarter, the Flyers’ experience and veterans stepped up when shots needed to be made. Cole stepped up to score the first four points of the last quarter, O’Hea hit a clutch shot with two minutes left of the match, and Blicavs showed her athleticism and provided energy when needed, including a three to give the Flyers the lead. Maddison Rocci was instrumental with her defensive pressure, matching up well with Shyla Heal and finding her teammates at the right spots, before getting injured towards the end of the match. Rachel Jarry and Kate Gaze provided the energy off the bench towards the end of the quarter the reduce the margin towards the third quarter.

Whilst it wasn’t the perfect match the defending champions may have wanted, with the Flyers bringing the intensity early, and their lack any offensive power and key players still recovering with COVID/injury, the defending champions continued to show the fight. They got stops when needed and sure did not give up. With an injury concern to Abby Bishop, others stepped up. Expect the Flyers to fight for the rest of the season once everyone is healthy.

Funda Nakkasoglu making most of opportunities

With changes again to the Flames roster after Rennia Davis opted out of her contract, Funda Nakkasoglu made the most of her opportunities, stepping up and finishing the game with 17 points. She showcased the ability to shoot with ball with confidence, including from the three point line, proving why she should get more minutes. As the Flyers kept trying to get back into the match, Nakkasoglu continued to shoot and do the hard work.

The Flames will certainly be disappointed to let another opportunity slip away, however, the Flames must continue to fight and not give up easily. Whilst it’s been a tough season with team personnel changes to the roster and injuries, the Flames can no doubt take positives. With stints of four consistent quarters, they can no doubt challenge other teams in the competition.

Both teams’ field goal stats were relatively even, with the Flames shooting 23 from 63 at 36 per cent compared to the Flyers, shooting 26/72 at 36 per cent. The Flyers stepped up and dominated the rebounding category, 49-38, 7-4 steels and bench points even between the two teams, 17-17.

No games will be held during the week until the weekend, with players heading to the Opals camp. The Flyers will take on the UC Caps on February 5, playing a single match, whilst for the Flames, they face the Townsville Fire at home on February 6 before making the trip to Townsville to play the Fire again away on February 12.