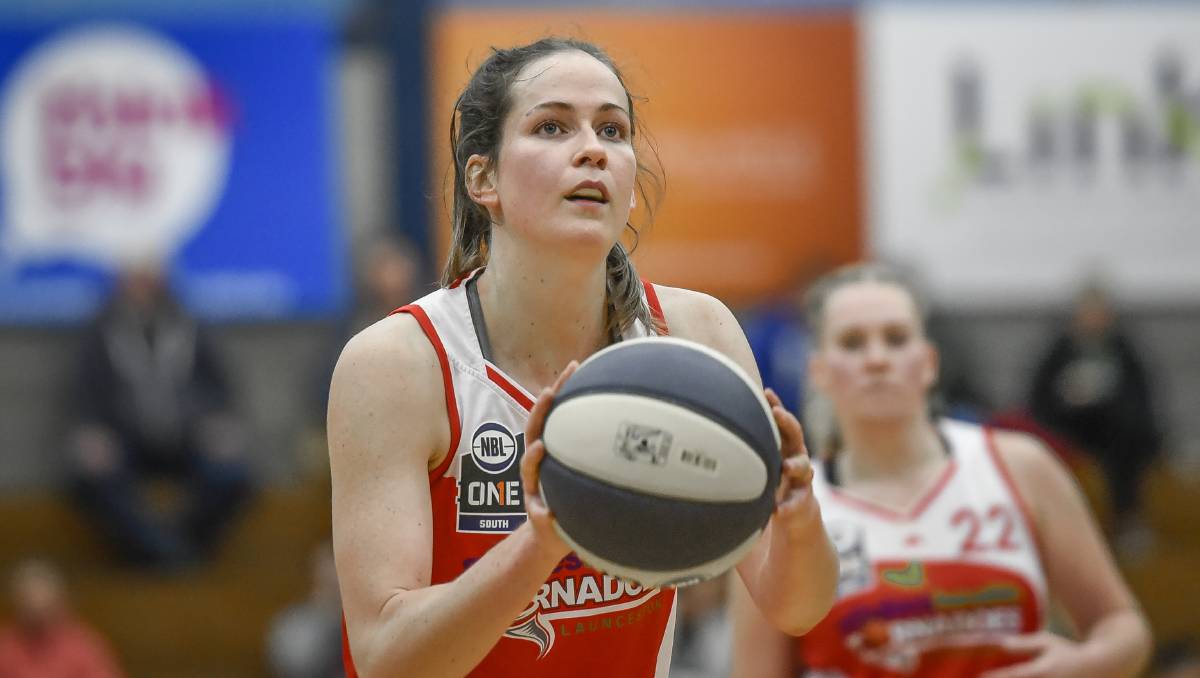 OVER the weekend, the National Basketball League (NBL)1 added another competition into the rotation for the year, with the South division kicking off for season 2022. After an extended wait compared to other areas of the country, the largely Victorian-based competition held its first round of play, with some big names making an appearance around the South’s best courts.

Despite the league being made up of mostly Victorian clubs, two Tasmanian teams are also competing in the competition, and they faced off over the weekend. The Launceston Tornadoes played host to the Hobart Chargers as the two sides locked horns at Elphin Sports Stadium on Saturday night. There is always a bit of extra incentive when the teams play, given the state rivalry. In the end, the Tornadoes were far too good for their opponents, dominating the entire match to claim a 38-point win in front of their home crowd.

There were plenty of contributors in the win, but none were more impressive than WNBL star Keely Froling. After a disappointing season from the Sydney Uni Flames at WNBL level, Froling (like many of her peers) returned to the NBL1 for the 2022 season, and she started off in style. She was simply outstanding against the Tornadoes, doing as she pleased on her way to a round-high 36 points and nine rebounds.

Froling was first spotted in unfortunate fashion, missing her first two field goal attempts. After drawing a crafty foul, she made her way to the free throw line and got her individual scoring going. A few boards on both ends and a steal followed, and it was clear she was warmed up and ready to go. She drained another jump shot before time ran out as the Tornadoes took a massive 14-point lead into the first break.

The second quarter was when Froling truly got going, with her points tally skyrocketing over the 10-minute period. She proved too much for the Hobart interior defence, and drained the lay-up inside, before making her way to the charity stripe again the next possession. Her hands remained active on the defensive end too, reading the offence and recording another steal. Froling’s jump shot began to find its rhythm as the term went on, notching up another 13 points in the final three minutes of the half in remarkable fashion. She simply could not be stopped, and was a big reason as to why her side took a 23-point lead into the main break.

Froling showed she had no intentions of slowing down in the second half, draining her first jump shot attempt of the third quarter and keeping the momentum rolling. Her ability to draw contact and generate points at the free throw line was becoming a real problem for the Chargers, who could not stop Froling in a legal manner. It was demonstrated when the forward nailed her layup attempt, but was also given an and-one after some tough contact, which she converted. She scored another four points and pulled down some big boards in the closing minutes of the term, continuing her dominance.

Once again, Froling opened the quarter with a bang, ripping the ball from Hobart’s possession and nailing the transition layup. Despite a ripping start, the fourth term was probably her quietest, as the defence completely collapsed on her whenever the Tornadoes got the ball in her hands. However, she still had an outstanding performance, and will be looking to build on the output and keep her form rolling in the coming weeks.