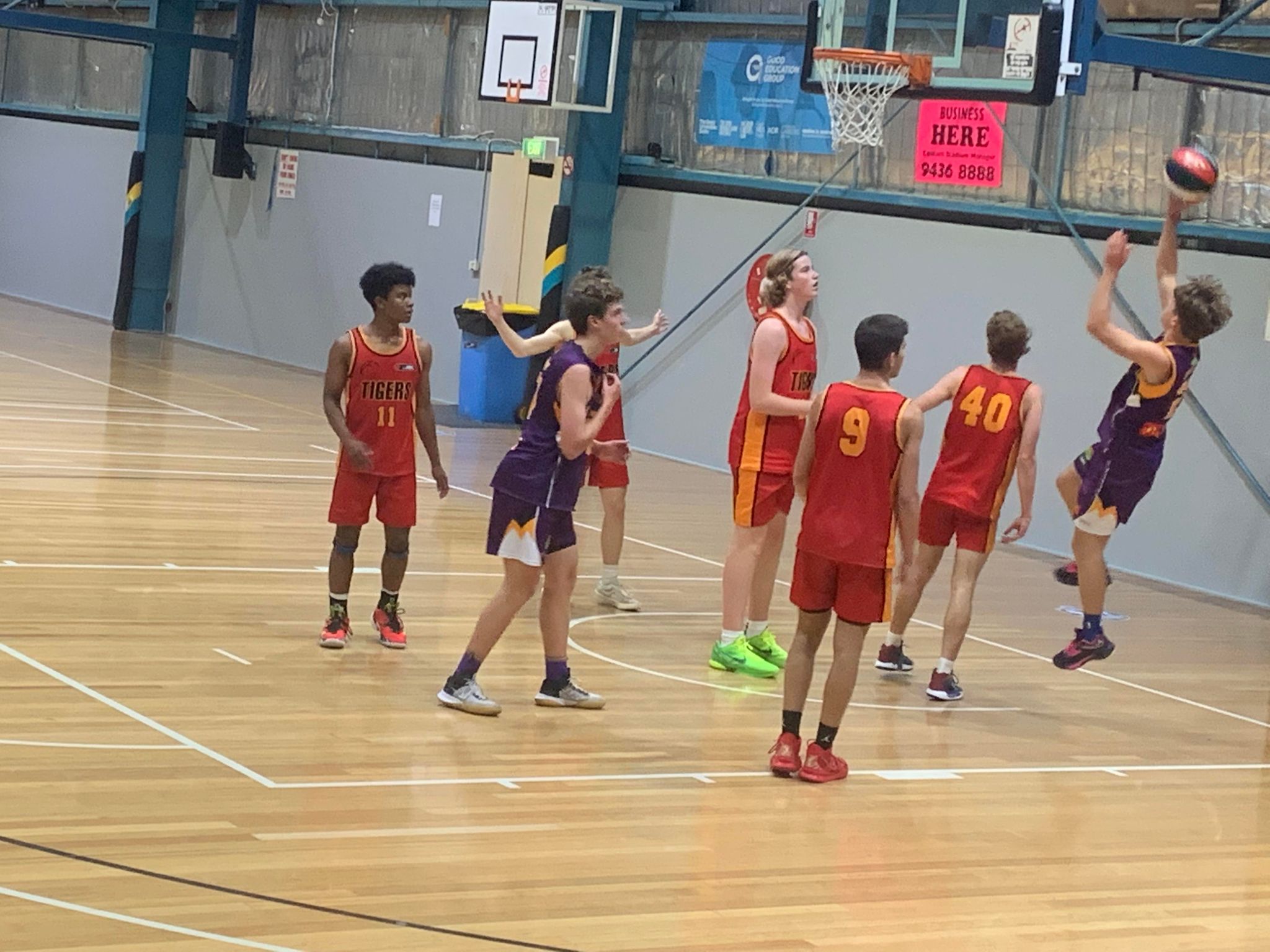 IT’S hard to predict what is going to happen early in the season, no matter the sport. It was certainly the case in the Victorian Junior Basketball League (VJBL) Under-18 Boys competition, with a number of surprising results from the weekend’s action. Round 3 saw some cracking contests take place across Metropolitan Melbourne, with the league well and truly underway for the 2022 season. As the contenders look to cement themselves across both the VC Ashe and VC Watson competition, plenty of games delivered some high-quality basketball, including Geelong United’s impressive win over Melbourne.

Geelong United have ascended to the top of the VC Watson division, thanks to their 12-point win against Melbourne at AWA Alliance Stadium on Friday night. Melbourne entered the match with an undefeated record from their first two games of action, and were the favourites heading in. On the other hand, Geelong had broken even to start the season, with one win and one loss next to their name, so they had the underdog tag here. However, this proved no problem for the home side, who stormed home in the final three quarters of play to head to the top of the table at the conclusion of Round 3.

Melbourne kicked off the game in ideal fashion, getting out to an early lead thanks to some potent offence and a slow start from its opponents. The match was looking like panning out as expected, with the favourites taking a three point lead at the first break. In spite of that, the hosts bounced back well, dominating the second quarter to turn the deficit into a six point lead at half-time. This trend continued into the second half, with Geelong keeping their opponents just out of reach for the remainder of the contest. It ended in a double-digit victory, as they cruised to the top of the table to start the season in a strong manner.

For the victors, Jack Connelly led the way with a team-high 17 points, proving to be a reliable source of scoring whenever Geelong needed a bucket. He was not the only player to deliver some nice offence for the winning side, with Max Zalakos (11 points) and Leo Burgess (10 points) also getting in on the action. Despite a smaller rotation, Melbourne was still able to find some scoring through Jack Whitbourn (18 points) and Eitan Ben-Moyal (17 points), but this proved to be not enough in comparison to Geelong’s balanced number of contributors.

While this was a fantastic contest, there was still a number of other clashes that took place on Friday night, with plenty of basketball action to enjoy.