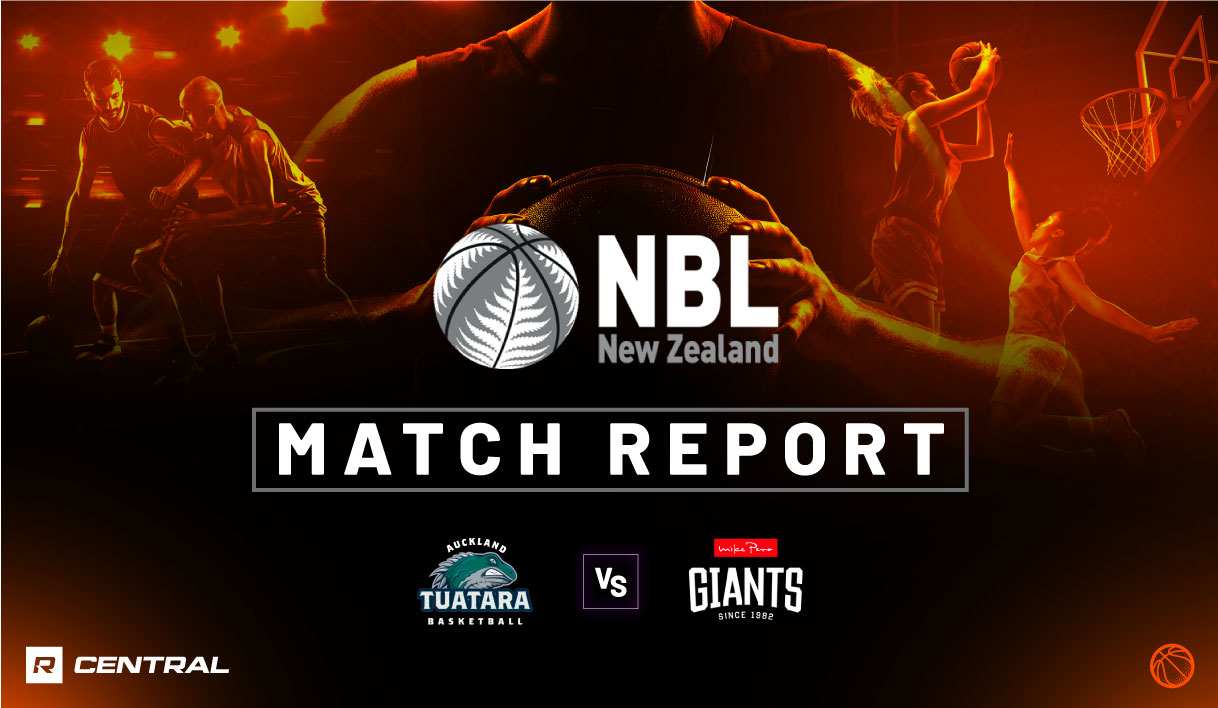 AFTER facing a deficit at the first two breaks, Nelson Giants fought back to post a five-point win over Auckland Tuatara in the New Zealand National Basketball League (NZNBL) last night. The ladder-leading Tuatara took a six-point lead into quarter time and maintained a narrow two-point buffer at the main break, before Nelson stormed home to outscored the home side by seven points and run out 95-90 winners in Auckland.

Both sides came into the contest as title contenders, with Auckland and Nelson having recorded 7-4 and 6-3 records respectively. At home the Tuatara were considered favourites, but it was the Giants who got the jump in the opening six minutes, racing out to a 10-point lead, 19-9. Sam Dempster (six points) and Alexander McNaught (five) had started on fire, before the Tuatara hit back. Siler Schneider, Robert Loe and Dontae Russo-Nance helped score the next 16 points, with nine of them coming off Schneider’s hand, and then eventually helping the Tuatara to a 27-21 lead at the first break.

Nelson’s early three-point shooting was keeping the Giants in the contest, with Jarrod West and Nic Trathen dropping long bombs, but both sides missing chances. A Takiula Fahrensohn triple at the four-minute mark and then a dunk a minute later blew the Tuatara lead out, and when Schneider drained a three-pointer of his own, Auckland lead by 13 points, 42-29. It looked like Nelson might run away with the contest, but Samuel Thompson had other ideas. The deadeye nailed eight points in a minute, and soon he and McNaught had dragged the deficit back to two at half-time.

Both sides were feeling the pressure early in the third, as they missed a number of chances in the opening few minutes. The Giants were almost exclusively shooting from range, as the Tuatara were looking to get in the paint, which Loe did with a commanding dunk three minutes into the contest. The teams traded blows as Dempster’s triple at the halfway mark of the term levelled the scores at 54 points apiece, and then after the Tuatara scored through Braydon Iuli and Russo-Nance, Dempster hit back-to-back triples and the Giants were in front. Dempster and Trey Mourning held that lead late in the piece, before a West triple in the dying seconds made it a four-point ball game at the final break, 70-66.

The stage was set for a thrilling finish to the contest, and Auckland made headway into the margin early, with eight of the first 11 points to grab the lead three minutes in. West and Thompson regained it for the visitors, and soon back-to-back triples to Dempster extended the buffer out to eight points with 4:37 on the clock. Schneider continued his ripping form from the game with another triple, and when big man Loe also dropped one from range, the Tuatara only trailed by two points. The last minute lived up to expectations, with Russo-Nance levelling the scores at 90 pointe apiece with 38 seconds left. Mourning quickly put the pressure back on the Tuatara with a three-pointer, then stole the ball and off a deliberate foul, Thompson sealed the game with two free throws for a 95-90 win.

Nelson Giants have a quick turnaround with their next match, taking on Hawke’s Bay Hawks today, while Auckland Tuatara lock horns with Southland Sharks next Friday, July 1.