Happy homecoming for Wildcats, down Phoenix 88-76 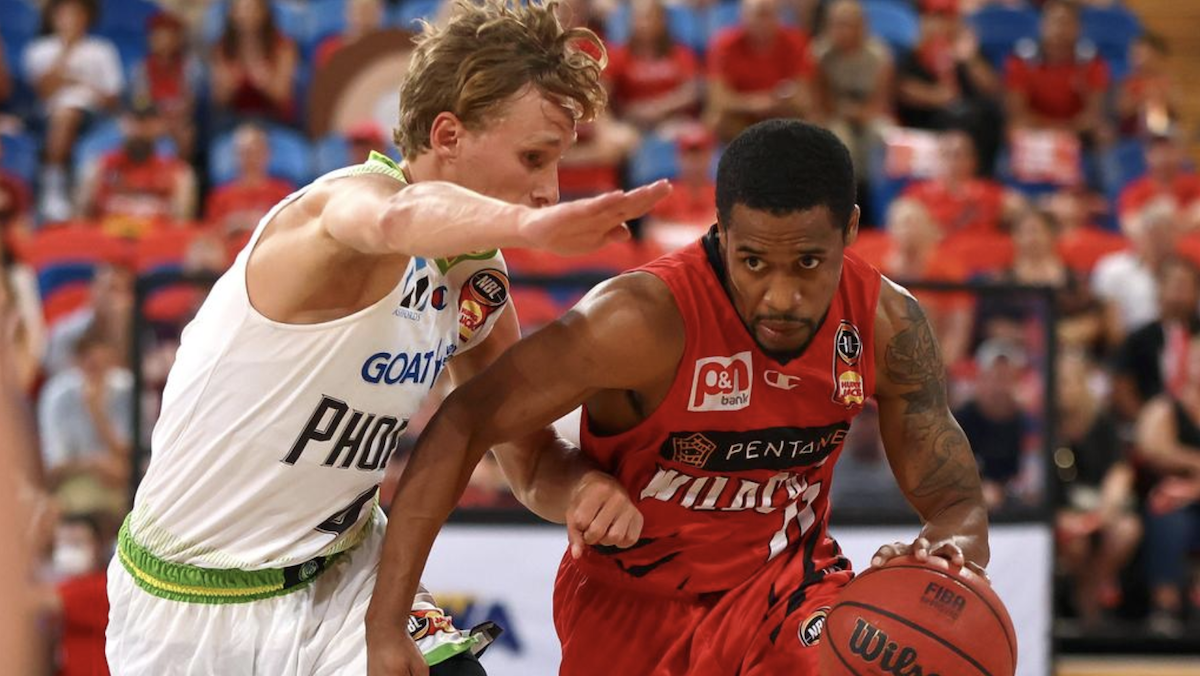 IT was double the fun for the reigning premier Perth Wildcats, as the West Australian side raised their 2019/20 championship banner before running away with yesterday’s clash against the South East Melbourne Phoenix, beating the visitors 88-76.

The raucous crowd at RAC Arena yesterday made their presence known early on, as Bryce Cotton and Mitchell Norton accounted for the Wildcats’ first 11 points. Meanwhile, the Phoenix found their scoring from various contributors in the game’s infancy stages.

After shooting over 40 per cent from Perth and producing a plus-five on the boards after 10 minutes, Trevor Gleeson’s side had a cushy 23-17 lead during the first intermission, as the hosts looked to get off to the best possible start in their first contest of NBL21.

A different approach from South East Melbourne saw them attack the rim at a more frequent pace, converting on their attempts from in-close and clawing their way back into the contest just before half-time.

Following 20 minutes of tightly contested basketball, the Phoenix snatched a narrow four-point lead at the main break, 42-38, stoking a hint of doubt in the minds of the Wildcats supporters.

The Phoenix’s Adam Gibson and Mitchell Creek provided much needed confidence to the rest of their squad, reaching double-digit points totals in a dominant second quarter. Following a somewhat successful first half, South East Melbourne started to ramp up their production, stretching out their lead to a game-high eight points, which was to be completely flipped by Perth shortly after.

Ultimately after three quarters Perth had the upper hand, going up by a single point with the final term still to be played and Todd Blanchfield making his role in the game more prominent on the scoreboard. Noticeably, John Mooney was an animal on the boards to this point with 12 rebounds through three quarters.

Gibson got proceedings underway with a jumpshot to get things going before Clint Steindl quickly created space between the two sides, draining a triple and putting Perth up by six. However, at the midway point of the fourth, the Phoenix concocted a lovely 9-2 run for themselves and gifted the lead back to the visiting side with just a few minutes remaining.

It seemed that couple of tricks were being kept up Perth’s sleeve, as the duo of Cotton and Blanchfield switched control of the game once more, which was further compounded by Jesse Wagstaff’s three with three minutes on the clock, the score now at 77-73.

11-straight points from the Wildcats abruptly concluded the affair in the final minute, blowing out the final margin to 12 points and bringing joy to the fans of last year’s champions.

Out of the numerous reasons for Perth’s win last night, perhaps the biggest reason was the side’s ability to facilitate the ball and force it out of their opponent’s hands. The Wildcats ended the night with 18 assists – seven more than their opponents – and forced 19 turnovers out of the Phoenix yesterday afternoon.

Of course, Cotton would receive man of the match honours thanks to his 27 points, seven assists and five steals. But almost as importantly was the debut performance given by Mooney, as he left with his head held high due to his 13 points and 15 rebounds. Lastly, Blanchfield put solid numbers up in his first performance since moving from Illawarra, collecting 16 points and four rebounds.

Looking at the Phoenix’s main contributors, Creek would set the benchmark for his team with 17 points and five rebounds. In the process, Cam Gliddon, Gibson and Kyle Adnam each achieved 10 points or more with 15, 13 and 10 points respectively.

Last night’s participants will meet again in Round 3 on Friday as Perth will once again host the Phoenix. The upcoming meeting has extra significance for South East Melbourne, as another loss would mean just one win from their opening four contests – a result that the Wildcats would relish.